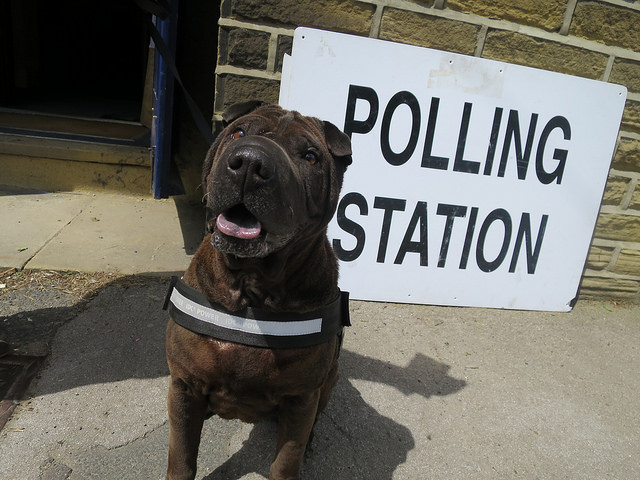 Welcome to another weekly round-up, where we share (what we see as) the most interesting and important articles from the previous seven days. It was International Sex Worker Day last week so articles picked reflect this. We have also taken into account the UK General Election coming up this Thursday (remember to vote!) so there are a few articles about this, including a handy guide on tactical voting (see last link). We’d love to hear your thoughts on any of the issues covered in the articles we’ve picked.

If you’re interested in reading more about Luisa Omielan, you can read Megan Stodel’s review of her stand-up show HERE.

From the article: “Ryan said: ‘Many tried to justify it as an act of love. I’ve since seen it’s not unique to our situation. Love is one word which would not fit. It detracts from the seriousness of domestic abuse and almost sympathises with the abuser.

‘When emotional abuse is talked about the onus is on the victims to escape or put up with it. There is no other form of murder where victims are blamed.'”

How to raise a feminist son (The New York Times)

How to win every sexist argument: an 11-point guide (Stylist)

The above is written by the fantastic D H Kelly who also writes for the F-Word. You can read some of her other writing HERE.

From the article: “As it is, there’s a possibility we can still win this one, or at least minimise the damage. So I thought of everyone I’ve ever known who admitted to considering a vote for the Conservatives and (having eliminated the ones who fancied John Major or wanted revenge on their socialist father) I compiled the following reasons a decent person might mistakenly vote Conservative.”

Elisabeth Moss: “People need to educate themselves as to what feminism means” (Ellie Harrison at Radio Times)

We at Sisters Uncut have occupied Holloway prison. Why? Domestic violence (Nandini Archer at The Guardian)

Jane Austen more more likely to have had sex with a woman than a man, says historian (Maya Oppenheim at the Independent)

From the article: “Because God forbid that in former imperialistic superpower France, there be some space where the descendants of those they colonized be allowed to gather alone.”

International Sex Worker Day (NSWP)
[“In 1975, on 2nd June, about 100 sex workers occupied Saint-Nizier Church in Lyon, France, to express their anger about their criminalised and exploitative living conditions. On 10th June at 5 o’clock the Church was brutally raided and cleared by police forces. This action sparked a national movement, and the day is now celebrated in Europe and around the world.”]

For Black Sex Workers, The Deck is Already Stacked Against Us (Wear Your Voice: Intersectional Feminist Media)

From the article: “The majority of my clients are white men– some are chill, many of them are broken. Many spend inordinate amounts of time trying to validate themselves to me, show me how important they are, how needed, how knowledgeable – they aren’t.

“They are nearing 50 or 60, realizing the special rewards life promised them at the end of hard work, ‘supposed to do’s and emulating societal standards aren’t going to be there for them. So, what happens to a culture of people who are trained to believe they hold power over others but reality proves they don’t even have power over themselves? That’s right, cognitive dissonance!

“Racists need marginalized groups to compare themselves to so that they know where they stand and Blackness keeps being defined by white folks and we keep catering to it for survival. Misogynists do the same with cis and trans women. They define themselves by using us as markers, it is the definition of self by other.”

‘I feel unsafe now I work alone’: Inside the world of Ireland’s sex workers (thejournal.ie)

[“ON 27 MARCH it became illegal to buy sex in Ireland – a law which legislators and campaigners said would change the industry for the better.”]

International Whores Day to be marked in Sydney (news.com.au)

From the article: “’I’m proud to be a sex worker,’” Ms Bates says. ‘Every year sex workers stand tall under the scarlet umbrellas where we take pride in who we are, our lives and work.

No, Nurse, My Health Issues Aren’t All Rooted in My Sex Work (The Development Set)

From the article: “The reality is the UK welfare state is not large at all. As of 2016, the British welfare state (measured by public social spending) was, at 21.5% of GDP, barely three-quarters of welfare spending in comparably rich countries in Europe – France’s is 31.5% and Denmark’s is 28.7%, for example. The UK welfare state is barely larger than the OECD average (21%), which includes a dozen or so countries such as Mexico, Chile, Turkey and Estonia, which are much poorer and/or have less need for public welfare provision. They have younger populations and stronger extended family networks.”
[Via Josephine Tsui.]

Theresa May to nurse who says she hasn’t had a pay rise in eight years: ‘There’s no magic money tree’ (Independent)

Off The Record: How Studios Subliminally Silence Women (The Quietus)

From the article: “Until its representation of women improves, the recording environment will nudge male creativity forwards while whispering in the ears of females that they are not good enough.”

From the article: “… when will we, as a society, value more a woman’s capacity to conceive not only babies but also ideas? And assert that even without a child life can be pregnant with possibilities?”

How to vote the Tories out: a newbies’ guide to tactical voting (Another Angry Woman)

The image is used under a creative commons license with thanks to waldopepper on Flickr. It shows a medium-sized brown dog with a slightly squashed face standing in front of a sign that says ‘Polling Station’.