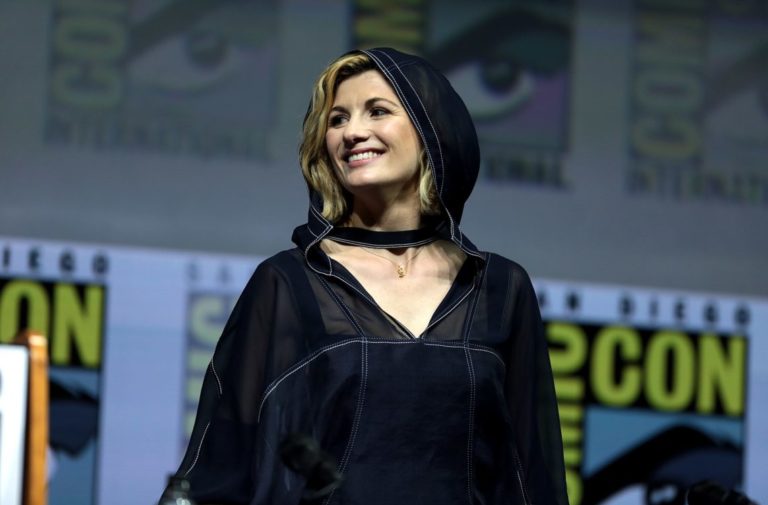 Amy Roskilly is a primary school teacher and has moonlighted as a freelance writer for the past 10 years after starting out as a reporter in London. She now lives in Wales teaching, writing novels and keeping a blog following her adventures raising a feisty limb-different daughter

I was disappointed when they announced the new lead actor in the decade-defying cult TV show Doctor Who earlier this week.

I should probably start with the caveat that I am not a fanatical Dr Who fan. As a child, it used to be the heart-pumping highlight of my week, but when the programme was relaunched in 2005 I just didn’t get on the bandwagon. Aside from a bit of passive viewing while my husband had it on, I’ve neither watched it religiously nor had an opinion on the timeless ream of new actors taking on the role.

Until this week, that is, when I did a triumphant air punch in celebration as the BBC announced their 13th Doctor. I surprised even myself at how much I cared. Two things were different this time. Firstly: I have a daughter now. She’s rapidly approaching her first birthday and since her birth I’ve found my inherent feminist principles becoming more and more prominent; they’ve been finding their voice in defence of my daughter’s future. Secondly, of course, the 13th Doctor is a woman.

Of course, the announcement that Jodie Whittaker (of Broadchurch fame) was to become the latest eccentric Time Lord didn’t disappoint me, but the reactions I saw across social media afterwards most certainly did. Mere seconds after the news, anti-female complaints were popping up like weeds all over the place. I get it, I really do – people feel very passionately about Dr Who and who should or should not be able to play The Doctor. But this felt like more than that.

“Filming of the next season of Dr Who is delayed because the new Doctor had difficulty parking the Tardis.”

“What’s the betting the new Doctor will disappear on maternity leave within a year and then come back demanding flexi time!”

Or an image of a crashed Tardis with the caption: “She’s only had it a few hours FFS…”

What year is it? I had to check, but nope, it’s definitely not the 1900s anymore. As far as I was aware, women are able to vote, to work in positions of power and even (gasp!) to drive.

Yet, despite this, many still seem to think that simply by virtue of having a penis you are somehow better at, well, life. Apparently it is without doubt that if you are a man you’re a better driver and needless to say you would never have a day off work to procreate (could be a short reign for the misogynists).

I suspect many would say that it was just light humour, so get over it. But just because it has always been does not make it right, as history has taught us time and time again. Men are not more qualified to vote than women. Men are not more able to drive than women and men certainly don’t hold the monopoly on time travel.

It’s time these archaic ‘jokes’ are considered for what they are: manifestations of deeply discriminatory attitudes against half of the population. Discriminatory against my daughter, and every girl and woman on the planet. Girls should be growing up into a world where they are seen as equal. They shouldn’t feel that they are inferior to their male peers, that they somehow aren’t good enough to take part in certain activities by virtue of their sex.

But now, thanks to the BBC’s latest casting choice, half of the population have been given a new role model to look up to and aspire to, one who was never accessible to them before. They can drive the TARDIS, they can travel time and they can sure as hell change the world.

If you think this somehow emasculates you then I’d invite you to get into your own bloody TARDIS and take a trip back to the 1950s or beyond. Educate yourself on how far we’ve come, and how far we still have to go before women are truly equal. Just be careful how you park it.

Image is of Jodie Whittaker at San Diego Comic Con, shared under a creative commons licence by Gage Skidmore.