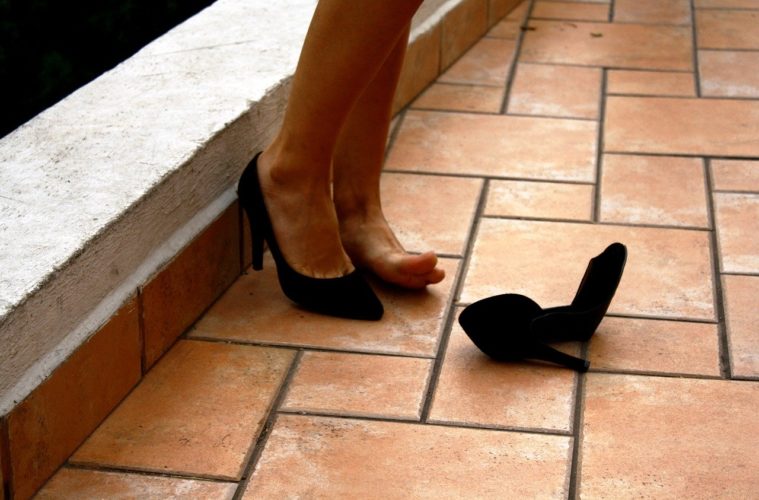 I’m rather ambivalent about high heels. I like how they look but not how they feel and, much as I admire those with the flair and commitment to be able to carry off daily heel-wearing as if it’s part of their own natural fabric, I think it’s a bit rich when some employers insist that a proportion of their workers master this art at the same time as completing a day’s work.

This means I was pretty disappointed to find it was probably going to be ‘business as usual’ for employers imposing on women in this way when, back in April, the government rejected actor and temp receptionist Nicola Thorp’s petition to introduce a new law banning them from doing so.

This happened despite Thorp’s employer at the time reviewing their appearance guidelines, thanks to her activism. (This was just as well as far as I’m concerned because the dress code Thorp was expected to follow was truly revolting.)

The good news is that the issue is in with a chance of getting picked up again because researchers Max Barnish, Heather May Morgan and Jean Barnish have recently published a review of articles and existing primary studies assessing the benefits and effects of high heels and their findings have led them to highlight the importance of employees’ bodily autonomy:

Our evidence synthesis clearly shows that high heels bring psychosexual benefits to women but are detrimental to their health. In light of this dilemma, it is important that women’s freedom of choice is respected and that any remaining issues of explicit or implicit compulsion are addressed [my emphasis].

On Wednesday, the researchers argued their case on the Economia website, pointing out that the statement released by the government when rejecting Thorp’s petition cited the existing Equality Act 2010’s preclusion of this practice “in most circumstances” on the basis that discrimination on the grounds of gender is against the law and this would “generally include requirements that women wear something that is bad for their health if men do not have to”. Along with seeking clarification on this, the researchers have been suggesting the introduction of specific legislation to prevent compulsory high heel wear in workplaces. This quite rightly frames employers imposing a dress code that discriminates against women as a workers’ rights issue.

I took part in a BBC Radio Scotland discussion on this topic last week and, while I was pleased to find the debate focusing on the unreasonable and oppressive demands of employers rather than personal fashion preferences (i.e. the right to wear heels on one’s own terms), I thought it was interesting to see that one of the first responses to BBC Radio Scotland’s Gary Robertson’s tweet quoting that “High-heel wearing should not be forced” was “I will never give them up!”

It seems that, much like so many other practices that become oppressive when people are told they have to do it, critiquing this enforced element is likely to be conflated with critiquing the practice itself and, essentially, telling people they shouldn’t partake in it at all. This familiar re-framing seems rather convenient for those who actually are telling individuals what to do because it shifts attention away from complaints about the rights of business to impose on workers by positioning those who actually challenge that power as nasty killjoys impinging on individual freedoms.

Let’s be clear: wearing uncomfortable shoes because you want to is a personal liberty but being pushed into doing so because you might lose your job if you don’t is not.

The discussion with Liz Brewer, Gary Robertson and Hayley Millar that I took part in will be available via BBC iPlayer for another 20 days from the time of this posting and can be found from 1.53.29 to 1.59.37.

You can share your experiences of workplace discrimination and find out more about Nicola Thorp’s campaigning at the ‘Who are you wearing’ website. (Fun off-topic fact: If you recognise Thorp, that’s because she happens to play Nicola Rubenstein in Coronation Street!)

Close-up of light brown lower legs, ankles and feet on a tiled floor. The right foot wears a black pointed high heel shoe with a suede-appearance, while the left one is bare and rested on its side slightly. The free shoe is lying on its side in front, with the angle revealing a spool heel style.

By Senlay and shared under a Creative Commons license.