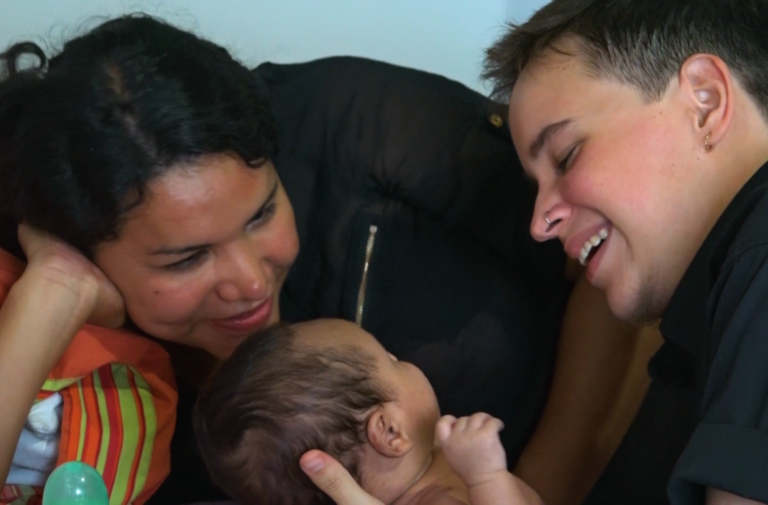 Suryatapa Mukherjee is a freelance writer originally from Kolkata. She is now based in Cardiff and a graduate of Cardiff University’s School of Journalism

The Iris Prize Festival is a six-day celebration of LGBT+ filmmaking in Cardiff, often described as the “Academy Awards of queer cinema”. This year, between 10 and 15 October, 35 international short films will compete for the prize — the world’s largest for a short film — which allows the winning filmmaker to produce another short film here in the UK.

I first heard about the Iris Prize Festival five years ago while still in university and I sincerely thought everyone was talking about an Irish film festival. I went along to this ‘Irish’ film festival and you can imagine my surprise when it turned out to be something completely different!

This happened at a crucial point when I was coming out, so it was surreal seeing stories and experiences I recognised up there on the screen. I came out properly some months later when I published an article on one of India’s leading LGBT+ websites, but looking back I realise that the festival was one of the many things that helped me make that leap into the unknown. It creates a platform for LGBT+ experiences to be articulated in various languages and across various cultures, and this year the programme seems particularly diverse in terms of representation. There is even a film from Ireland!

As well as the 35 shorts competing for the main prize, there are 10 feature films and a separate category of 15 short films competing for Best British Short. Among the features, I’m really looking forward to the Israeli film In Between, directed by Maysaloun Hamoud; the story of three very different Palestinian women sharing a flat in present-day Tel Aviv.

There’s also Signature Move, co-written by its star, the Pakistani-Canadian comic Fawzia Mirza. Mirza’s character is a Muslim lesbian struggling to come out to her desi mum while falling in love with a Mexican-American woman and the art of lucha libre wrestling.

The Book of Gabrielle

Then there’s The Book of Gabrielle, written and directed by Lisa Gornick, about a lesbian who strikes up a curious professional relationship with a straight man. It’s Gornick’s response to Philip Roth’s controversial novel The Humbling, in which a lesbian falls in love with an older man – a book Gornick found infuriating.

Gornick is also an artist and a performer, and will be performing her ‘live drawing’ show What is Lesbian Film? during the festival and signing copies of her book, How to do it, which is featured as a plot device in The Book of Gabrielle. This year’s Best British category is dominated by female filmmakers (a first, so I’m told). Olivia Crellin’s documentary Sununu: The Revolution of Love follows Ecuadorian transgender couple Fernando Machado and Diane Rodriguez as they balance parenting and political activism. Another favourite is Dionne Edwards’s We Love Moses, about a teenage girl’s first crush. Edwards says that the lack of stories featuring young, black, female protagonists inspired her to make the film. Leandro Goddinho’s film Pool is a captivating story that follows a young woman, Claudia, as she researches her grandmother’s past. During her investigation she meets Marlene, an older woman who has transformed an empty swimming pool into a place of memories. Goddinho wrote this film for the LGBT+ victims of the Holocaust.

This year’s festival also includes four panel discussions on various topics relating to queer cinema, including a talk chaired by Carrie Lyell, editor of DIVA magazine, on sexism in the film and media industries. Cornish filmmaker Joan Beveridge, herself shortlisted for the inaugural Iris Prize in 2007, has been conducting research into why a greater number of female filmmakers don’t make the jump from short films to features, and her findings will play an important part in the discussion.

This year’s festival ends with a one-day carnival of food and live music (including an appearance by M People’s Heather Small!), and let’s not forget the awards show where we’ll find out who has won the all-important Iris Prize itself. I can’t wait!

Featured: Image is a still from the film Signature Move. Two women sitting opposite each other rest their foreheads together, sharing an intimate moment. They are sitting outside in front of a beautiful city skyline at night. One woman cradles the other’s face in her hands.

1. Image is a still from the film The Book of Gabrielle. Two women face each other, the one on the left grabbing the other’s chin affectionately. They appear to be mid-conversation.

2. Image is a still from the film Sununu. A transgender couple smile while looking over a small baby they are holding between them. The shot is framed as if they are a happy family.

3. Image is a still from the film We Love Moses. The camera is positioned as if facing a door that is slightly ajar. A black woman peers straight through the opening and into the camera. Her face is partially obscured but her right eye is the focal point of the picture.