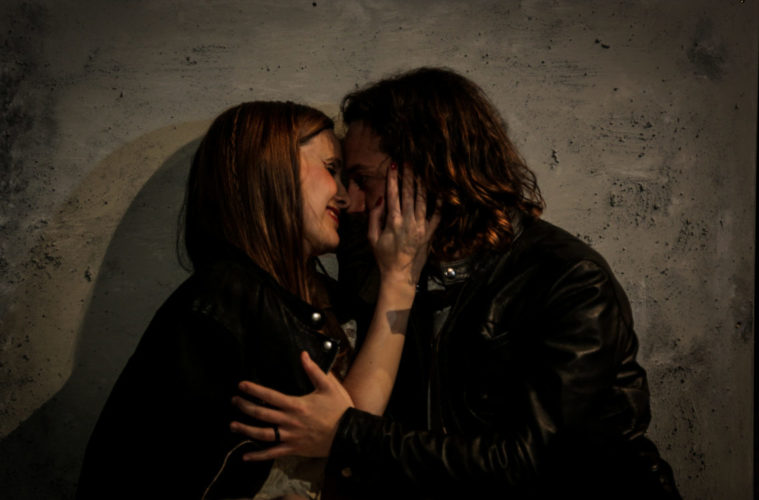 Don Giovanni for the modern woman

Mozart’s Don Giovanni is an opera about male desires which take no account of their objects. In this interpretation, HeadFirst Productions have approached the work from a female perspective with an all-female creative team headed by director and producer Sophie Gilpin. The production comes coincidentally, and perhaps serendipitously, at a time of strong media coverage of everyday sexism.

Staging an opera in a relatively small venue like the Pleasance Theatre in north London may seem like a bold decision, but HeadFirst’s production of Don Giovanni manages to do justice to the piece. The entire cast deliver solid performances. Caroline Modiba as Donna Anna stands out in particular. The four musicians, skilfully conducted by Sonia Ben Santamaria, leave nothing to be desired.

One disadvantage of performing an opera sung in Italian in a small space that isn’t quite set up for these kinds of performances is that the surtitles are displayed on a screen on the right side of the stage rather than above which is more typical. From my position in the audience it is difficult to read the surtitles at the same time as looking at the stage. This makes it necessary at times to choose between missing out on seeing what is going on on stage or understanding what is being said.

Some of the costumes, from designer Anna Bonomelli, are quite modern: Leporello, Don Giovanni’s servant played by Samuel Pantcheff, wears a tracksuit, trainers and a cap. The translation of the surtitles matches this in some instances by being more contemporary in its language than I would have expected, especially when Leporello is singing. The modern words are definitely a welcome step towards making opera more accessible and possibly more appealing to younger audiences as well.

In the first scene of the opera, we watch through a transparent set of doors that form the centre of a revolving stage as a masked Don Giovanni, played Matthew Sprange, attempts to rape Donna Anna while Leporello keeps watch outside. Donna Anna fights Don Giovanni off and screams for help. When her father, played by Stephen Holloway, tries to help, Don Giovanni kills him. Donna Anna swears revenge, enlisting the help of her fiance Don Ottavio, played by Jorge Navarro Colorado.

In scene two, we meet Donna Elvira, played by Elizabeth Roberts, one of Don Giovanni’s former lovers. Don Giovanni encourages Leporello to tell Donna Elvira about all of his exploits and Leporello hands over this information in a in a confidently delivered aria in which he lists how many women Don Giovanni has had sex with, which in many cases may actually mean raped. Donna Elvira then decides to take revenge on Don Giovanni for leaving her.

The third scene introduces the last of the three female main characters of this opera: Zerlina, played by Siân Cameron, a newly-wed bride whom Don Giovanni attempts to seduce on her wedding day. This seduction is prevented by Donna Elvira who tells Zerlina about the kind of man Don Giovanni really is. This particular production of Don Giovanni certainly has great relevance to recent events in the news such as the Weinstein allegations and the #metoo hashtag. Notably, when Donna Anna tells her fiance that it was Don Giovanni who attempted to rape her, Don Ottavio immediately has doubts and finds it hard to believe because he knows Don Giovanni has standing in society. 230 years after the premiere of this opera, this is still a very common reaction when abusers are accused.

Despite coming around and eventually believing his fiancee, only a few scenes later Don Ottavio tries to pressure Donna Anna into marrying him even though she is still mourning her father. This is not overly surprising given that he tells her, just after her father’s death, that she doesn’t need any man other than him in her life and he behaves as if her grief is unjustified. Even though his request is unreasonable and she gives good reasons for turning it down, she still has to placate him and assure him of her love.

Donna Elvira struggles with her feelings for Don Giovanni, going back and forth between despising him and wanting to forgive him. This very conflicted character does not quite fit into this production that makes a point of portraying Donna Anna and Zerlina as strong and independent women. However it seems difficult, if not impossible, to find a more favourable interpretation of Donna Elvira in the original libretto.

Seeing an opera in such a small space makes it much more engaging and personal than is often the case in larger venues. This production clearly highlights the relevance of themes of this opera to modern day society and provides some very good starting points for reflection on our culture and daily lives. HeadFirst Productions have done an excellent job of bringing this 18th century work right up to date.

Both images are courtesy of HeadFirst Productions

The feature image shows two characters in the moment either before or after a kiss. Their faces are turned towards each other. One is smiling and holding the other’s face in her hand. Both are wearing leather jackets and they stand or sit in front of a grey wall.

The second image is a head and shoulders shot of one of the characters. She has her hair pulled back and is wearing fairly severe grey and black clothing with a gold necklace. One hand is raised and she looks to the side seriously. Light falls on one side of her face leaving the other side in shadow.

Tanja Daub is doing a PhD in Artificial Intelligence, but spends all of her free time playing the guitar, podcasting and going to the theatre