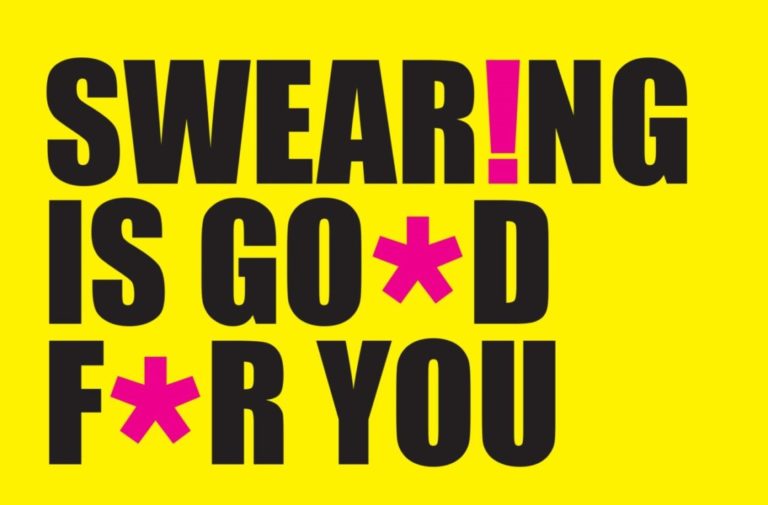 In defence of the c-word Dr Emma Byrne is a scientist, journalist and public speaker. Her BBC Radio 4 ‘Four Thought’ episode was selected as one of the ‘Best of 2013’ by the programme’s editors. She has been selected as a British Science Association Media Fellow and for the BBC Expert Women Training, and is published in CIO, Forbes, the Financial Times and e-Health Insider. Swearing is Good For You is her first book

Content note: This article refers to Harvey Weinstein and Donald Trump, and misogyny in general. It also contains strong language (including several uses of the c-word in its unexpurgated form)

While I was doing the research for my book Swearing is Good for You I read so many papers that asked (in one case, right in the title) why women swear. The news from the last few weeks might go some way to answering what we’ve known for a long time: we swear because there’s a fuck of a lot to swear about. But what galls me is that in the approximately 600 papers I read on the subject, not a single psychologist or neuroscientist thought to ask why men swear. When it comes to words, male power and female purity are the unexamined norms.

In English-speaking countries at least, this naive belief about women’s language dates back almost entirely to one particular arsehole with one particular book. In 1673, the chaplain to King Charles II, Richard Allestree, wrote the patronisingly titled (and it goes downhill from there, frankly) The Ladies’ Calling. Drawing on his entirely empty reserves of medical and scientific knowledge, he insisted that women who swear undergo “a metamorphosis, becoming decidedly masculine”. According to Allestree, “there is no noise on this side of Hell can be more amazingly odious [to God than] an oath out of a woman.” A hungry child may cry or a sick person may groan. What really pisses God off is a woman using a four letter word, though.

Since that time, women have lost the knack of inventive swearing, which is a damn shame. Swearing has a huge emotional impact. And we know through research that swearing is just as likely to be used as the result of a positive emotion as a negative one: we swear just as much in excitement, elation or sympathy as we do in anger or frustration. If women curb their tongues, we lose the most powerful linguistic tool there is. It makes no sense.

I was trying to digest the misogynist censorship of Allestree and his adherents in the humanities reading room of the British Library and, given that leaping up on my table and yelling “Fuck this utter shit!” would probably have got me barred, I ended up writing the following to my editor:

It’s not men going through the rigours of pregnancy and childbirth (which, by definition, involve fucking, shitting and bloody cunts!) but we’re supposed to know nothing about bodily functions?

The joys of having a supportive woman as an editor – that rant made it into the book practically unaltered.

But, as I continued with the research, I realised that the c-word had started to take on shades of its American meaning. I’ve used it intimately, when writing erotica, when bemoaning the bloody irritations of menstruation. But in the United States, the c-word is almost exclusively used as a misogynistic slur. And the more women I’ve spoken to in the UK, the more it seems that the gynophobic baggage of that usage is creeping into our understanding of it too.

Nowhere is this more apparent than in the allegations from women in the film industry about the abusive behaviour of Harvey Weinstein. Kate Beckinsale, for example, relates how this petulant man, for all his power, would completely lose control when she said no to him: “[it] ended up with him screaming at me calling me a cunt.”

But it isn’t the c-word itself that is the problem. That arrangement of letters means what we, as a society, allow it to mean. And tellingly, that same meaning comes through even when the speaker can’t quite allow themselves to use the word. Like when Donald Trump called Hillary Clinton “a nasty woman” during the presidential election debates.

Because that is exactly what the c-word means when it’s used as a slur: nasty woman. Women who have found the resources not to silently acquiesce to the demands of some man for power, sex or position. When it’s used like this, the c-word is meant to shame us. To remind us who is meant to have the power.

Used like that, the c-word is thrown around by mewling gynophobes in an attempt to intimidate and silence women; particularly women who want to live in a world where it’s the perpetrators of sexual assault who feel shame, instead of their victims. It’s hurled at women who will speak out rather than remain silent when they see injustice. In the minds of these men, a cunt is a woman who refuses to put the insatiable needs of an entitled man ahead of their own. If that is what it means to be a cunt, then I’m a cunt and proud.

Swearing Is Good For You by Emma Byrne is published by Profile and is available to purchase in both paperback and eBook format from a variety of book retailers and eBook platforms.

The image is the cover of the book Swearing Is Good for You by Emma Byrne, used with permission. It is a simple cover with bright yellow background and block capital text. The title appears in black font, punctuated with asterisks and exclamation marks. The sub-title ‘The Amazing Science of Bad Language’ appears the same way except in pink font. There is also a quote from Lucy Kellaway, who describes the book as ‘a gloriously uplifting read’.