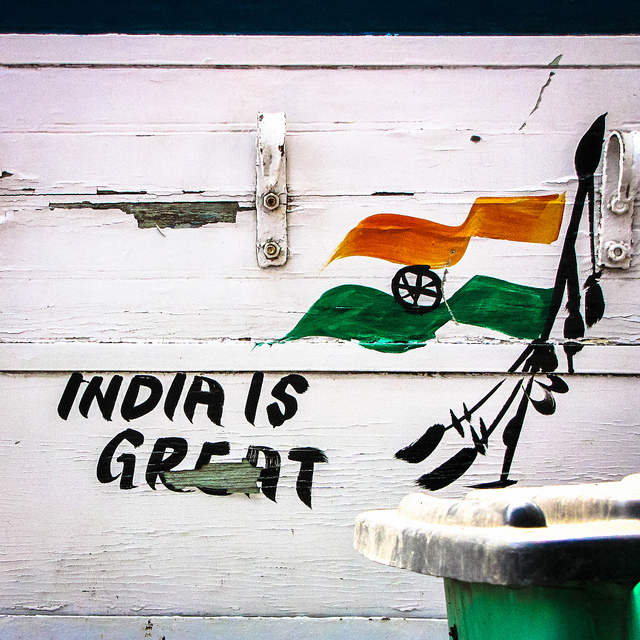 Ask me about ‘Indian rapes’ one more time “So … Indian rapes. Um … what do you think?” This question is one I am often confronted with when chatting with people in London. It comes out of nowhere. We could be talking about why Sichuan cuisine is delicious, when it is suddenly brought up. Everybody pauses to look at me intently, keen to know more about the rapes in India.

Similar statements are made in university spaces. During a workshop on consent in freshers’ week, I bring up the issue of toxic masculinity in relation to rape culture in society. A young white man points at me and remarks patronisingly: “Yeah, of course you have greater insight because of what happens in India.” People in my student halls lean in to demand more sordid details “about the rapes that happen!”

At the Notting Hill Carnival, bonding with a group of musicians after their gig, we share stories about our passions. One of the women is excited to know what my research interests are, so I tell her they are about exploring the negotiations of intimacy and sexual fantasy. Her eyes grow wide with wonder. I am thrilled to sense she wants to know more, so I continue: “’Because, you know, my subjects are middle-class Indians from big cities …” She nods knowingly. I go on: “And their concepts of desire are class-oriented and yet, so multifarious …” She can’t wait any longer to drop the inevitable bombshell: “This is so interesting, especially now that so much is happening!”

I immediately think that the woman is referring to the current political climate, where because of their conservative positions on sexual and gender roles, the government is clashing with youth and women’s groups. I think I have found an ally. Instead she says: “You know, like the rapes and all.”

In all these conversations, whenever ‘rape’ is brought up, it does not feel like an honest question posed, or a problem that people yearn to discuss. It is not asked. Rather, it is stated to me. The interaction then begins to take the format of an interview panel, where one interviewer hurls a complex topic at me, saying: “discuss!” while the others just watch. As I begin to answer, I notice people’s eyes on me. Eyes, curious to see how I tackle the question, so they can either get their answers about rapes in India or note how Indian women talk about rapes in India.

’What does one even mean by ‘rapes in India’?

What does one even mean by ‘rapes in India’? Does the person asking the question mean to enquire how rape as a universal phenomenon and an outcome of social power dynamics materialises in Indian society? I think not.

Before discussing the fossilised association of India with ‘rape’, let us briefly talk about the popular understanding of rape and its meaning in Indian society.

Rape culture and rape is prolific in Indian society and most Indians are aware of this. It is an issue extensively covered by the local and national media and is much discussed among social circles. Coverage of rapes or rapists is of course very contextual and political, and intersects with power relations in terms of class, caste, gender, religion and sexual orientation.

Marital or kin-based rape, same-sex rape and the systemic rapes and murders of lower-caste and Dalit women by upper-caste men are a sad reality but, more often than not, do not arouse countrywide sentiments as intensely as when urban upper or middle-class women are raped by lower caste or Muslim men. The other cases often do not receive news coverage and mostly go unreported, simply because ‘rape’ in popular Indian imagination is externalised and viewed through an upper class and heterosexual lens.

Rape, in other words, is regarded as the violations perpetrated on women by ‘filthy lowlifes’. Popular understanding of the concept of rape springs from heterosexual, upper-caste Hindu male narratives. Their preoccupations about kinswomen’s sexual honour and anxieties about their own sexual or kin relations with lower-caste people and fears of ‘defiling’ the so-called ‘pure bloodline’, lead to the demonisation of the working classes as dangerous or probable rapists. For the country’s middle-class majority (who hold upper-caste Hindu values), instances like marital or same-sex rape are not considered gross violations because they do not fit their widely held idea of what rape is.

As horrific and real as the incidents are, the obsessive reportage reeks of a voyeuristic preoccupation that evokes the historical white man’s perspective of the brown man’s sexual predatory nature

Constantly being asked to explain ‘Indian rape’ in London by British people brings to light a different set of politics. It involves essentialising a person or a culture through a white person’s perspective – a perspective that is entangled with unequal colonial history and race relations.

USA and UK media outlets extensively report the occurrences of brutal rapes in India. It is one of the staple issues about the Indian subcontinent that receives coverage internationally. The story about the ‘holy man’ Gurmeet Ram Rahim Singh, who was convicted earlier this year for having raped his female disciples for years, almost broke the media. As reports about this ‘fake guru’ began to pour in from all sides, with offences like mass castrations, money laundering and murder making the list, it was his sexual exploits that expectedly received the most concentrated coverage by UK media. As horrific and real as the incidents are, the obsessive reportage reeks of a voyeuristic preoccupation that evokes the historical white man’s perspective of the brown man’s sexually predatory nature.

Agents of colonialism and proponents of Orientalism, as colonial law archives and academic deconstructions will tell you, were the foremost advocates of the ideas that suggest the ‘brown man’ is sexually deviant and innately ‘savage’ and that women are oppressed flaccid bodies that beg exoneration from the brown man’s clasp.

The repeated fervent enquiries about rapes in India that I receive are an outcome of this imagination. Extensive media coverage of white female tourists assaulted or raped by native Indian men fuels these stereotypes. India is imagined as a place of sexual perversion where lecherous men prowl to prey on unsuspecting women. Moreover, this never-ending coverage leads people to exclude rape as a dangerously common and prolific violation that can occur in all social-cultural circumstances and assume it only happens in India or other countries in the non-white Global South.

It’s true that rape and abuse is an endemic problem in numerous social matrixes and layers in Indian society. It is also true that most Indians are in denial of this culture of structural sexual abuse. But, so are the people that are quick to point fingers at India when thinking about gross sexual violations. They are in denial about the pervasive and normalised rape cultures that are internalised and perpetuated by ordinary people across the world.

Sociological research on sororities and fraternities in US colleges reveals a regularised culture of campus rape. Most of the time, young men accused of rape or coercing consent out of female peers, do not believe they did anything wrong. They are unable to accept that their acts count as rape. Why? Because their understanding of rape is circumscribed to “when a guy jumps out of the bushes and sexually forces himself onto a girl”. Since their alleged assaults on female peers were committed inside private bedrooms, the accused often do not consider their actions as rape.

A recent example of a naïvely externalised perspective on rape is that of famous designer Donna Karan who spoke out in support of discredited Hollywood producer Harvey Weinstein. Weinstein has been accused of rape and sexual harassment for over three decades of female actors and employees in the entertainment industry. Apart from making appalling observations about how those women accusing him were “asking for it” because they dressed skimpily, Karan goes on to explain what real abuse is:

Obviously, the treatment of women all over the world is always something that has had to be identified. Certainly, in the country of Haiti, where I work, in Africa, in the developing world, it’s been a hard time for women

This is a classic example of an externalised perception of rape in US society. The narrative of sexual violation is very easily paired with categories like “the developing world”, of ‘non-white’ people or, as colonial accounts brazenly depicted, the sexually ‘primitive’ and ‘barbaric’ populations. The idea of rape as a universally occurring structural problem does not receive enough exposure.

Karan finds it hard to accept that systemic sexual violation of women occurs at the hands of powerful white producers in the prosperous, sexually emancipated and predominantly white movie industry. According to her, the real trouble is faced by women in Africa at the hands of African men!

While sexual violation and rape in India or Haiti (or Africa) is very real, to look at these countries, people or cultures uniformly through a lens that incessantly magnifies the words ‘Oppression!’ ‘Violation!’ ‘Rape!’ is misplaced, naïve and racist.

My visible Indian-ness immediately announces me as girl-from-rape-land-where-rapes-happen to those that have essentialised India in their minds as rape-land. When I want to talk about my interest in exploring questions of intimacy, they think: “girl from rape-land!” When I tell people about my project on different narrations of sexual desire, they assume: “she must know all about rape!” And when I narrate personal accounts of sexual abuse at the hands of both men and women, they do not want to think about how it’s a relatable universal problem where unequal structures of power and ludicrous gender roles propagate cultures of silence and shame.

The ripples of this racist narrative and subsequent inaccurate imagining of cultures are felt by us all and in different ways – whether it’s a South Asian young man that gets pigeonholed by others as ‘the creepy Indian guy’, or young women that are watched intently by intrigued peers who “really want to know” what it is like to be a woman in India.

But the truth is, they’ve made up their minds before I can even attempt to answer.

The picture at the top of the page shows a billowing flag of India painted on a white, wooden wall. Beneath it, the words ‘India is great’ are painted in capital letters, although part of the word ‘great’ has been covered in paint. It’s unclear whether this is intentional or not. The image was taken by Babak Fakhamzadeh and shared under a Creative Commons licence.