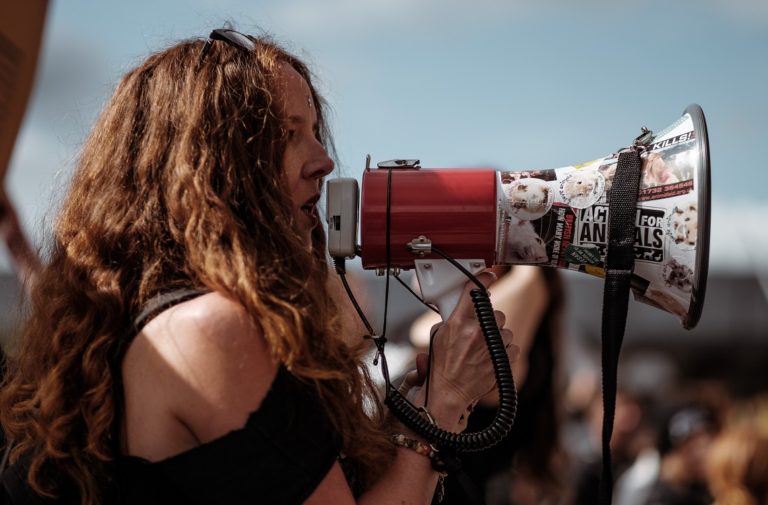 A woman’s place is to speak out against transphobia

“Betty Friedan spoke from the floor in its support, marking the end of a decade-long stand that includes lesbians. At last, a majority agreed that feminism meant all females as a cast, and that anti-lesbian bias could be used to stop any woman until it could stop no woman.” Gloria Steinem, My Life on the Road (2015).

It seems we are doomed to repeat history.

I have lived in Bristol for almost ten years. I am proud of my adoptive home because it has demonstrated open-mindedness, acceptance and liberal thinking. You can see why I was surprised to see a public meeting to “discuss” the Gender Recognition Act hosted by A Woman’s Place. They are asking for a respectful, evidence-based discussion about the impact of the Gender Recognition Act and call for five policy changes that they say will protect women’s rights. Some of these are great, such as having respectful evidence-based discussions. Other recommendations might require a bit more thought: for example, as the Office of the National Statistics is already monitoring the gender pay gap, a more specific call-to-action may be useful.

Sadly, based on the remaining recommendations, I cannot support their launch statement as it is not inclusive of the trans community, nor have A Woman’s Place consulted a wider base of evidence in putting it together. I fear that the recommendations may do more harm than good.

Having a public event about transgender people, but discussing topics that are hostile to trans people makes it a difficult environment for them to attend. Making events antagonistic is not in the spirit of Bristol, nor in the spirit of my feminism.

A Woman’s Place has not made efforts to be trans inclusive. While they do not say they are trans exclusive, their policies suggest otherwise. For example, recommendations two, three and four focus primarily on reinforcing single-sex occupations or services for people whose gender match those that are assigned at birth. Concerning ourselves with “women only” spaces perpetuates the belief that trans women are not women and prompts us to focus on differences rather than similarities.

A Woman’s Place and others have cited women’s protection as the reason to reinforce single-sex occupations or services, yet women’s safety should not be used as an excuse for transphobia. Any solutions that focus on gender-exclusionary spaces only provide a thin analysis of the circumstances that do not necessarily help cis women, but rather hurt trans women.

Studies have shown that excluding transgender individuals from single-sex services do not make them any safer for cisgender people, transgender people or gender non-conforming people. These policies have been shown to make it more dangerous for women and for trans women. If we were to follow this false logic, we would discover that more Republican politicians than trans people in the United States have been arrested for sex acts in bathrooms. Perhaps we should have one bathroom for Republicans and another bathroom for everyone else?

A Woman’s Place have asked for policies on self-declaration to be respectful and evidence-informed. However, their launch statement only selected one piece of anecdotal evidence of a possible risk to women’s safety, regarding prison services, from the British Association of Gender Identity Specialists (BAGIS). Cherry-picking examples is not the essence of good policy-making; instead, we need to look at overall trends and ensure a broad consultation.

If we look in detail at the evidence provided by BAGIS, we can see that it was used for the Transgender Equality Inquiry, which was completed in 2016. Over 200 other pieces of evidence were also submitted for consultation, many of which did not advocate for single-sex occupations, spaces or services. Furthermore, if we are really concerned about women in the prison system, there are many more important issues to address: the most prevalent risk faced by women in prison systems is prison officers and staff.

The recommendations advocating for single-sex services has made the event unfriendly for trans people. While not barring anyone from entering, their focus on “single sex” spaces implies that trans women are not women, and therefore not welcomed. It unnecessarily pits women’s rights against trans women’s rights.

Feminists can and should work together with the trans community to find ways for all of us to work together. In Scotland, a public consultation on Gender Recognition has already begun, and Engender has released a statement affirming trans equality: “We do not regard trans equality and women’s equality to contradict or be in competition with each other.” Trans women have been using women’s services, and single-sex spaces without any problems. We should be advocating for more services for all women, trans and cis alike.

As research conducted in Bristol demonstrates, trans individuals do not threaten the cisgender population in single-gender services. I look forward to the day when we can say that we cannot have a woman’s movement without trans women as our fellow sisters. An intersectional feminism that includes trans women will only strengthen our work together. As a researcher, as a social scientist, and as a Bristolian, I do not support this event. Please consider signing this petition.

As Gloria Steinem beautifully describes: “As a feminist, I want my feminism to always be inclusive. This means welcoming self-defining women into our spaces; our safe spaces. It means mutual respect, while also recognising people’s different journeys and experiences. But, ultimately, it’s about support and solidarity in a culture that still sees the ‘female’ as weak, shameful and lesser.”

Featured image is of a woman at a protest. She is holding a large, red megaphone to her mouth and appears to be talking through it. She has long, wavy red hair that hangs over her face and shoulders.