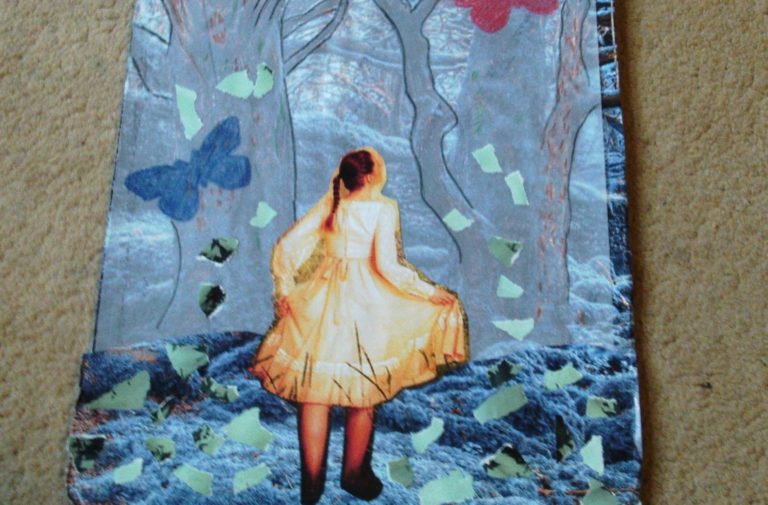 “I won’t do a political playlist for February” I thought, “I’ll try to do something a bit more ethereal and spiritual, and love based, possibly combining winter weather imagery and allegories”.

Then I got sidetracked by Bristol based artist Gaptooth (aka Hannah Lucy) and her fabulous collaboration with Sisters Uncut, ‘They Cut, We Bleed’.

As such, while the slightly more ethereal and love based elements have survived, we do begin the playlist in what is becoming the habitual agit prop fashion.

But then, this is 2018. It is one year on from the Women’s Marches and one hundred years on from the partial enfranchisement of women in the UK. It is, ooh, weeks since Oprah Winfrey wowed the Golden Globes with a speech situated very much in the context of #MeToo and the year has begun with a great sense of expectation, a sort of ‘What next?’

But the UK is still a country under the cosh of austerity, which directly impacts on women’s rights, women’s freedoms and women’s safety. As Sisters Uncut proclaim: In the UK, two women a week on average are murdered at the hands of a partner or ex-partner. Cuts to women’s centres, domestic violence charities, social care and the NHS do not do anything to reduce this statistic.

The YouTube video is partially subtitled, but not fully. As such, comedy and theatre editor Lissy Lovett and I have created a fully subtitled version of the video over on Amara. A visual summary of the video can be found at the end of this post.

And, as Carrie Gracie (my personal heroine of 2018 so far) has shown, the fight for equal pay is another battle that women are still having to fight over and over again.

So, in the end, it seemed a bit frivolous to compile a list of love songs just because it’s February.

There are songs themed around love and relationships in this playlist, but they aren’t the straightforward ones. There is the subtley sinister ‘Polished’ by Prince Innocence, Florence + The Machine’s ‘Various Storms & Saints’, which, along with being one of my favourite tracks from the How Big, How Blue, How Beautiful album, also combines both elements of my original idea (love and storm based imagery) and Laura Nyro’s heartbreaking ‘You Don’t Love Me When I Cry’. On the other hand, there’s the salute to a heroine of Bat For Lashes’ ‘Laura’, the teenage hormones of The Corin Tucker Bands’ ‘Neskowin’ and the evangelical urgency of Beyoncé’s ‘Halo’, amongst other things.

There is also the optimism of Ibeyi’s ‘I Wanna Be Like You’, Beth Orton’s ‘Moon’ and Rose Elinor Dougall’s ‘Colour of Water’. And there’s the debut appearance of a band I feel are very much worth watching this year, Mint Field, and their single ‘Ojos En El Carro’, a beguiling mix of post rock and ethereal soundscape with a suitably dreamy video. Perfect for February.

Image is a sketchpad showing a montage depicting a female figure standing in a slightly misted woodland landscape surrounded by oversized butterflies. The sketchpad has been laid on a beige carpet to be photographed. Montage and image by Cazz Blase, all rights reserved

Video is of the Gaptooth/Sisters Uncut collaboration ‘They Cut, We Bleed’. Footage of young women at a variety of protests around the UK, plus a ‘carpet bombing’ of a red carpet event in 2017, are intercut with images of young women holding up placards with statistics relating to women and violence and feminist slogans.