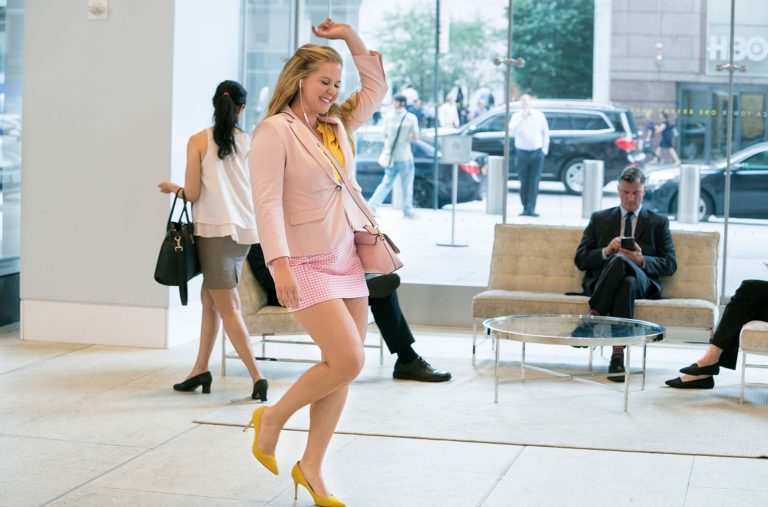 Amy Schumer may be privileged, but she’s allowed to feel ugly

Katie Jane is interested in representations of race and gender in popular culture. She is currently teaching English in a secondary school in London and aspires to become a comedy writer

A few days ago, Iskra Lawrence came up in a conversation with some friends. After explaining to one of my close friends that Iskra Lawrence is a ‘plus size’ model, who is actually a size 14 woman, she chimed in with “Oh, like us.”

Now, my friend is much slimmer than I am and when she uttered those words, I felt I had to respond and let her know that she is not even close to being ‘like’ Iskra Lawrence. Since that happened, I’ve been thinking about why I had the impulse to shut her down.

Why did I have to respond to my friend and remind her that our bodies are different? Why did I have to discredit her feelings? For me, Amy Schumer’s new film, I Feel Pretty, raises similar questions.

The film, set to release on May 4 in the UK, is about Renee Barrett (Amy Schumer), a single woman living in New York. We see Renee as a woman who is uncomfortable in her own skin; she doesn’t feel like a worthy, attractive woman. That is until she suffers a head injury and suddenly, miraculously looks in the mirror and sees herself anew as beautiful and sexy.

It’s not clear whether or not Renee sees herself as someone physically different, but to the rest of the world, she appears as the same Renee. With her newfound beauty in tow, Renee’s confidence skyrockets and wonderful things start to happen. She meets a guy, has an interview for a new job and just seems to be a happier version of herself.

After I watched the trailer, I read a lot of criticism about it from various different news and social media outlets, which can be broadly narrowed down into two key issues.

The first is that the film makes it seem like women who have self-esteem issues need to suffer from some sort of injury in order to ‘wake up’ and feel beautiful. I acknowledge this criticism but find it simplistic and inaccurate. The head injury is just a device within the film which kick-starts our hero’s journey. It allows the main character to develop and it opens the door to the true message of the film. It may be clumsy, but it should not be taken so literally.

The second is that Amy Schumer is the epitome of a privileged woman and so the depiction of herself as ‘gross’ and ‘ugly’ is hugely problematic. There is no doubt that Schumer has many attributes of privilege: she is able-bodied, white, blonde and wealthy.

It’s important to consider how privilege shapes characters and narratives in films, however, I think it’s dangerous to completely dismiss Schumer and women like her for the pure fact of privilege. Discrediting another woman’s feelings is easy — I did it to my friend and we are doing it to Schumer.

Schumer has created an entire comedic career through self-deprecation and obviously feels that she doesn’t match Hollywood’s ideals of what a woman should be. To be fair to Schumer, she doesn’t.

She may have markers of privilege but her demeanour and body shape are dissimilar to those of leading ladies like Jennifer Aniston, Sandra Bullock and Julia Roberts. Schumer candidly speaks out about her inability to meet Hollywood’s lofty standards.

Despite apologising and insisting that her video was not a parody, events like this have left some of us sceptical of Schumer and her ability to sensitively manoeuvre issues of race and include them in her feminism. I’ll admit, when I first started watching the trailer for I Feel Pretty, I was unsure what I would think. After watching the trailer in its entirety, I think it will be a film worth seeing.

As a woman of colour, I didn’t watch this trailer and feel angry at the main character’s perception of the world. What I did see is a film that is trying to sway the focus away from appearance and more on the ways in which women invade and take up space around them. Of course, the ways in which each and every woman navigates her way through the world is different, but I think this film is simply trying to promote the idea that self-confidence should be worth more than the importance we and others place on our exterior.

Featured image is a still from I Feel Pretty, 2018, directed by Marc Silverstein and Abby Kohn.

Featured image is of Amy Schumer playing Renee Bennett in I Feel Pretty. She is confidently walking into a corporate office building in a pink blazer and matching miniskirt, with her right hand raised in the air. She is smiling to herself