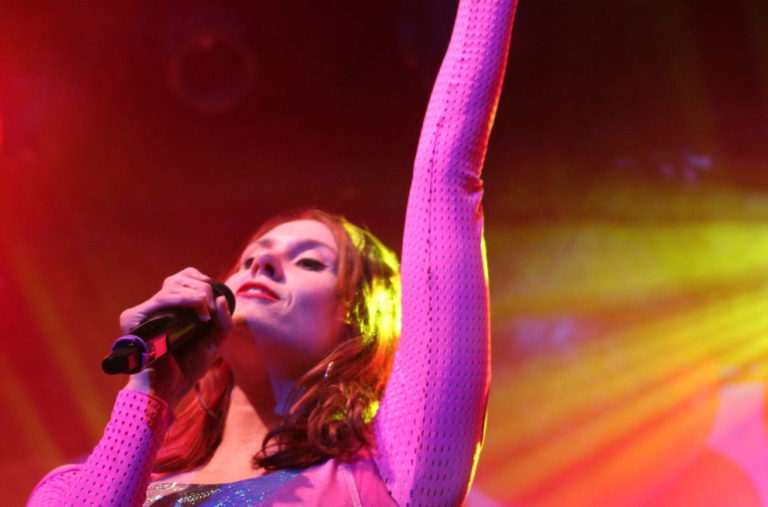 Kate Nash’s debut album, Made of Bricks, had a huge influence on me both musically and personally. Her simple lyrics were a brutally honest picture of what it was like to be a teenage girl and this inspired me to write songs about my own experiences as a teenager. Sarah Wilson recently wrote a great piece about how Kate Nash’s debut was a friend to teenage girls.

Having risen to fame through MySpace, Nash has developed superb social media skills, and as a result, her fan base are very dedicated and reactive to her posts. She has used this to her advantage throughout her career, and it has allowed her to explore a do-it-yourself approach to her music, with much of her material being crowdfunded rather than controlled by a record label. The crowdfunding campaign for her latest album, Yesterday Was Forever, is an excellent example of how powerful social media can be in marketing music when used effectively.

“The most important thing to me is being honest, being open and true. The second thing I can do is use my voice and platform to create art, because we need fun and escapism that’s supportive more than ever,” Nash said in an interview. She engages her fan base with inspiring and often political content, and images that are colourful, bright and vibrant. As Sarah Wilson says in the article linked to above, it is definitely worth following Nash on Instagram and Twitter, even if you are not her biggest fan musically.

Nash became successful at a young age and it’s taken her a while to truly find her identity, having rebelled against the piano pop of her first album and taken a riot grrrl approach with third album, Girl Talk. Yesterday Was Forever is a step back towards the simplicity and brutal honesty of Made of Bricks but with more grit and a rawer edge.

The lyrics are more mature as she opens up about her mental health and takes a more confessional approach to her songwriting in ’Life in Pink’ and ‘Call Me’. Of course, there are still plenty of classic Kate Nash lyrics about breakups, takeaways and watching Buffy too! In a press release, Nash described the album as being like “…an excerpt from a teenage diary.” She said “I used to be mocked for being a silly little girl writing in her teenage diary, but these days I feel like the teenage girl is far more respected than she used to be and it’s teenage girls that have fought for that and taught people that lesson.” I think this is also largely down to artists like her who teach teenage girls that it’s okay to feel what they’re feeling and evoke a sense of feminist empowerment and community.

The opening track, ‘Life in Pink’ is a good indication of the pop punk choruses and hook-filled lyrics to follow. “My bedroom is a mess but I just can’t clean it, yeh I’m hungry but I don’t even feel like eating…”

The music video is Alice in Wonderland-esque and visually and lyrically depicts the acceptance of mental illness. At the beginning of the video two white rabbits, representing Nash’s mental health issues, remove her white coat. Throughout the video, she dances with the rabbits and happily accepts treatment from a nurse.

Her riot grrrl influences can still be heard here

‘Call Me’ tells the listener that it’s okay to ask for help when you’re feeling low, “You can call me baby, when you feel like that.” The offbeat reggae feel of the verses is interrupted by a cinematic Lana Del Ray style chorus perfectly suited to cruising in Los Angeles where she moved a few years ago. The cinematic quality of some of the tracks on this album may have something to do with Nash’s recent acting roles including her role as a wrestler in Netflix series, GLOW. When talking about the experience, she said “I found it so empowering, I wanted to look like a good wrestler on camera more than just look good, and that was cool because women are normally so obsessed with trying to perfect themselves, and hating ourselves for the way we look.” It’s great to see that Kate Nash is taking positive steps to consciously empower women through both her acting and musical endeavours.

It’s difficult to pick a favourite track among so many infectious tunes, but ‘Take Away’ and ‘Drink About You’ certainly stand out. ‘Drink About You’ is possibly most reminiscent of Made of Bricks, with an energetic pop punk chorus and lyrics like “I’m sick and tired of being such a hypocrite, I’m kinda over being over it all” which while far from sophisticated, are very poetic. This song is about being obsessed with someone to the point of being unable to let them go and admit the flaws in the relationship. Her riot grrrl influences can still be heard here and these tracks aren’t far from the likes of Skinny Girl Diet and The Tuts. The ‘Drink About You’ video is just so Kate Nash – filled with bright colours, glitter and flowers. You can certainly tell she had creative control and that this was a real DIY process.

We hear some interesting electronic sounds in ‘Body Heat’ and ‘Musical Theatre’ as Nash takes a slightly different direction. Musically, ‘Body Heat’ is closer to Florence + The Machine than Bikini Kill, with almost ethereal vocals and soundscapes. ‘Karaoke Kiss’ reminds me somewhat of the retro robotic dance style of Robyn’s BodyTalk. This is certainly a step away from the riot grrrl approach of Girl Talk but it’s not at all unpleasant.

‘California Poppies’ sees the return of Nash’s “Girl Gang” band and juxtaposes gentle pop verses with a rock chorus complete with distorted vocals. The ‘Girl Gang’ movement was set up by Nash a few years ago and is a collective of like-minded feminists who regularly meet up all over the world. It was born in response to the political lethargy felt by her generation but with the aim to create a safe space for feminists to talk about issues they care about, inform each other, and take action together, through creativity, music and storytelling.

The album ends with ‘To the Music I Belong’ which is a return to the piano pop of Made of Bricks and I hope it’s a promise that we won’t be waiting quite so long for the next album. Yesterday Was Forever is the result of years of shaping and reinvention of identity. Yesterday really was forever and I’m looking forward to Kate Nash’s tomorrow.

Yesterday Was Forever is out now

Image by Friedoxygen, via flickr, used according to a Creative Commons Licence. The image was taken on 9 April, 2018 and shows Kate Nash performing live on stage. She is wearing pink, is holding the microphone in her left hand and her right hand is aloft. She is bathed in pinky orange and yellow light