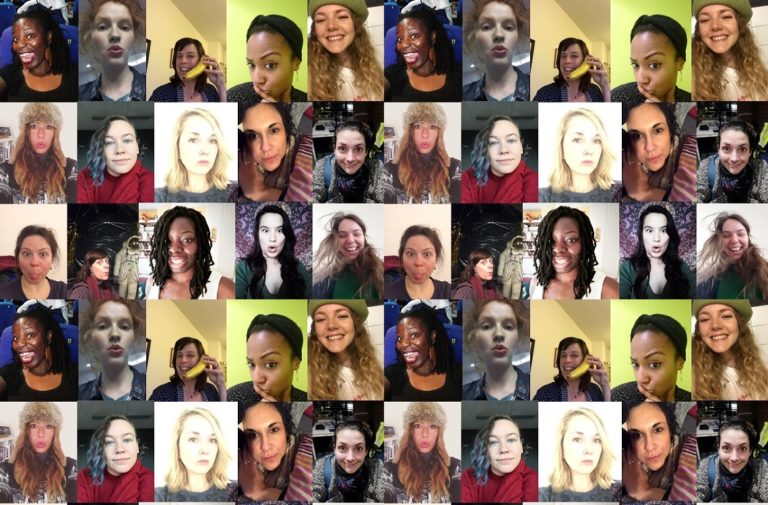 Women’s stories told for everyone

Sophie McKay is a London based writer, playwright and performer

What constitutes a ‘woman’s story’? Well you’ve got the usual haven’t you: the first sexual experience in all its uncomfortable glory, the dress you can’t fit into any more and periods. Yes, they’re sure to crop up somewhere. The female experience: particular, domestic and pertaining almost exclusively to womankind. It’s an old stereotype that women tell stories that are “personal” or “introspective”, that are somehow lesser, that fall into the well-trodden tropes just mentioned. This is both patently untrue and marginalising. But why are women’s personal experiences deemed to be so worthless?

Here lies a deep problem: that one group (predominantly white, usually middle class, cis-gendered men) is perceived to tell stories that are universal while most other groups tell stories that are “niche” and pertain only to those of the same group. While some stories should only be told by those who experience them, does the logic follow that only those who have direct experience can find anything of enjoyment, inspiration or solace in those narratives? Even if an individual doesn’t have the same lived experience of an artist, this does not mean that they can’t find anything of interest in that artist’s work.

This bias against women’s stories and women’s art is reflected on UK stages. In 2017 the Royal Court was the only major London theatre that programmed a season of female-dominated writing with 10 of their 17 shows being written by women. At the National Theatre only seven of the 21 shows programmed there for 2017 were written by women. The Young Vic staged two out of 16, the Almeida only one out of six. And the Old Vic weighed in with a disappointing zero plays by women.

Regionally the picture is similar, Theatre Royal Bath’s 2017 summer season featured one play by a woman and Chichester Festival Theatre’s featured three out of 12. The situation becomes bleaker when we consider how few of these women are WOC, LGBTQ+ or older women.

Admittedly there are drivers for change, such as Tonic Theatre and Act For Change who are pushing arts organisations to scrutinise their approaches to gender equality and diversity. Theatres are starting to make public commitments to programme more diversely. But it doesn’t seem to be shifting quite fast enough.

The programming of major London venues reflects the fact that there is still reluctance to programme new or more experimental work in the UK with revivals and classics taking up a considerable amount of programming space and budgets. One could argue that this is indicative of the impact of government and cuts to the arts more broadly. While undoubtedly classics should hold a place in our theatrical experience, we should be driving for more diverse and new stories. And this doesn’t have to negate historical works either; there are plenty of forgotten works by women: Elizabeth Cary, Alice Childress and Augusta Gregory to name a few.

Theatre offers us a greater opportunity for sharing and understanding. It is, at its heart, a forum – a literal bringing together of people. With its intimacy, instant reaction and culture of post-show discussion, theatre puts us in a unique setting to reflect on shared or differing experiences. It is based around the notion that underneath it all there is probably more holding us together than pushing us apart.

A cold, temporary rehearsal studio in Dalston isn’t the most obvious of settings in which to have been reminded of this sentiment, but that’s exactly where I have found it lately. I’ve been fortunate enough to be part of the Arcola Theatre’s new Women’s Company, a collective open to women and non-binary people in East London. We’ve been developing a piece of devised theatre called Smile, Darling and it’s been empowering to hear so many different stories and approaches to both theatre and the world more broadly, from a range of women’s voices of differing ages and backgrounds. Stories ranging from the political through to the personal, stories about sickness and bodies, about anger, heartbreak or happiness. Stories dealing – essentially- with what it means to be a woman and a person in the world we live in today.

It’s a female and feminist perspective, a piece that puts women and women’s stories centre stage. As a group we’ve made work about our differing experiences, dealing with topics ranging from oppression, to sexuality and identity. Being part of this piece has for me been a reinforcer of the fact that women’s stories are powerful, provocative, funny and filled with empathy. But women’s stories doesn’t mean ‘just for women’, this is a show that will appeal to any other number of people. After all, those attributes are what make great storytelling and great theatre. Oh and there may be some references to periods, but don’t let that put you off.

Smile, Darling from the Arcola Theatre Women’s Company plays on 13 and 14 April as part of the Creative/Disruption Festival.

The feature image is a collage of photographs of the company members.