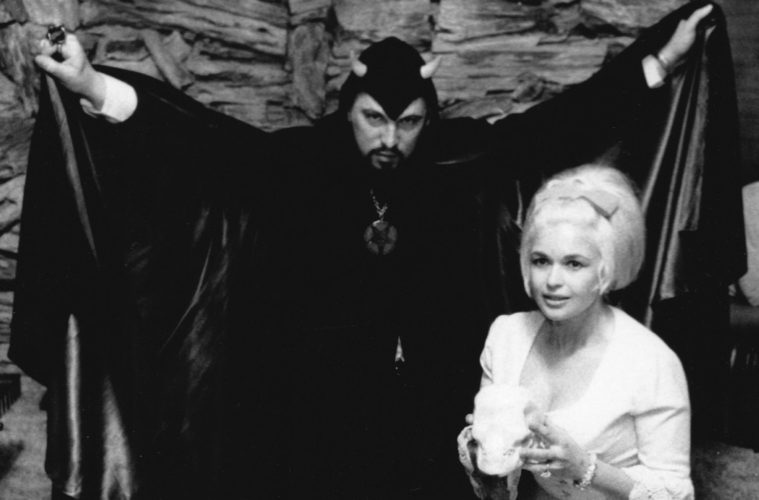 Jayne Mansfield’s memory is mud in this tacky and tasteless documentary about her life and early demise, laments Joanna Whitehead

Look up the phrase “blonde bombshell” in any dictionary of substance and, alongside Marilyn Monroe, you should find the name “Jayne Mansfield”.

Born in Pennsylvania in 1933, Mansfield became a Hollywood film and television star and an international sex symbol during the 1950s and early 1960s. A mother to five young children, she died in a car accident at the tragically young age of 34. Made to coincide with the 50th anniversary of her death, Mansfield 66/67 is a kitsch documentary directed by two men, P. David Ebersole and Todd Hughes, looking at the conspiracy theories and speculation surrounding Mansfield’s career and early death. Marketed as “a true story, based on rumour and hearsay”, the film features interviews with cult icons such as director John Waters, experimental filmmaker Kenneth Anger, some “notable academics” and, inexplicably, UK pop star Marilyn, offering “insights” into Mansfield’s life.

I’m no stranger to bad taste, kitsch or camp – The Rocky Horror Picture Show, Hairspray (the John Waters gig, obvs) and Flash Gordon are bona fide classics of the genre. However, Mansfield 66/67 crosses the fine line between comedy and cruelty, making for uncomfortable viewing.

There’s no doubt that Mansfield capitalised on her appearance to progress in her career, appearing in Playboy numerous times and holding the accolade of being the first ever woman to appear nude on film. For these choices, she was dehumanised, vilified and ridiculed by society. Women with agency over their bodies and sexuality have always been equally desired and despised and Mansfield is no exception. Recent revelations about the extent of Incel culture suggest that the more attractive women are perceived to be, the more they are hated. Sexuality can be powerful and, in this sense, Mansfield was formidable.

While it may be true that she was an engineer and performer in this exaggerated ideal of womanhood – living in an entirely pink “palace” on Sunset Boulevard, multiple “accidental” wardrobe malfunctions, an otherworldly squeak that she emitted – her shelf life in the fickle world of Hollywood is inevitably limited. When she makes the decision to marry and begin a family, Fox Studios promptly drop her.

As the ‘60s hit their stride, the culture begins to change and her career starts to plummet. She starts putting on weight, fatal for a woman in this industry and still depressingly applicable in 2018. She marries three times, often to abusive or controlling men, one of who kidnaps their child. No woman deserves this. Her final relationship with Sam Brody is characterised by drug and alcohol misuse, and the pair are eventually killed in a car accident.

Much of the macabre fascination surrounding Mansfield concerns her death and the relationship she formed with Anton LaVey, self-proclaimed founder and high priest of The Church of Satan, prior to this. Both individuals are no strangers to controversy – at one point in the film, actor Yolonda Ross describes Mansfield as “the first reality star” – and the media inevitably pounces on this most unlikely of associations between ‘Beauty and Beast’. Psychologist Dr Jane Alexander elaborates:

Brody, Mansfield’s boyfriend, apparently caused some offence to LaVey, which resulted in LaVey cursing him. LaVey allegedly repeatedly tells Mansfield to stay away from Brody, an instruction she does not comply with, and the pair die less than a year after Mansfield meets LaVey. The word “allegedly” is an important one in this context.

“People considered Jayne a punchline”, says writer A.J. Benza, while John Waters adds that he felt “she was always in on the joke”. I’m not so sure. Even if she was, it certainly doesn’t feel that way in Mansfield 66/67. There’s a gleefulness in the dissection of her downfall running throughout the film that leaves a bad taste in my mouth.

At one point, Yolonda Ross laments Mansfield’s “multiple children” and “ex-husbands” in a “concerned” tone: “It’s great that you’re having a couple of kids, but, you know – who knows how you’re really making the bills at this point…” Many, many women have multiple children and are married more than once, which leads me to believe that Ross’ judgement and unfounded allusions—to what, sex work?–reveal more about Ross’ feelings about ‘appropriate’ behaviour in women.

This lack of empathy continues. The professor and film critic, Dr Eileen Jones:

Generally, I think most people would read her life story and think, “What a mess!” [laughs]. I think the worst thing that would have happened to Jayne Mansfield is that the chaos would have stopped. I don’t think life would have been worth living for her if she didn’t have this. More babies, more Chihuahuas, more fame, more supermarket openings … she just never wanted to get off the merry-go-round.

The film was made in conjunction with the School of Film, Music and The Performing Arts at Leeds Beckett University, whose students may well have talent and bright futures, but the amateur interpretative dancing and performances that pepper the film add no value and seem out of place. Coupled with the various montages, including films clips, animation and hammy voiceover, they reinforce the comedic tone that prevails.

As the credits roll, I’m left wondering what the truth behind Mansfield’s life was. Regardless of the choices she made and her infamous status, there’s no escaping the fact that Mansfield was a real person who died in tragic circumstances, leaving behind five children. Any expectation that this might have been handled with more sensitivity perhaps indicates a naivety on my part.

Released in the UK by Peccadillo Pictures, a leading distributor of LGBTQ+ films, the film might find some success in the cult queer market, but I question how many women will take pleasure in the judgement and tragedy Mansfield suffered. Would I have felt differently if the directors had been women? Possibly, although women—from expert ‘talking heads’ in documentaries to audience members—aren’t impervious to misogyny. It certainly feels as if this ‘joke’ has been made at Mansfield’s expense.

All images courtesy of Peccadillo Pictures.
Description of images:
1. Black and white picture of a white man (Anton LaVey) and a white woman (Jayne Mansfield). LaVey is on the left, wearing a devil’s costume, with a long cape and horns on his head. He’s spreading his arms above his and the woman’s head. Mansfield is on the right, wearing white dress and holding something that might be a small skull.
2. Spread of a gossip magazine, with headline reading “Was sex goddess satan’s slave?” and some pictures, including of Mansfield in a sexy bodysuit, Mansfield in a similar setting like in picture 1 and the picture of a car after the crash, presumably Mansfield and Brody’s car.

Joanna Whitehead is The F-Word’s current editor. Find her on Twitter @MsWhitehead100