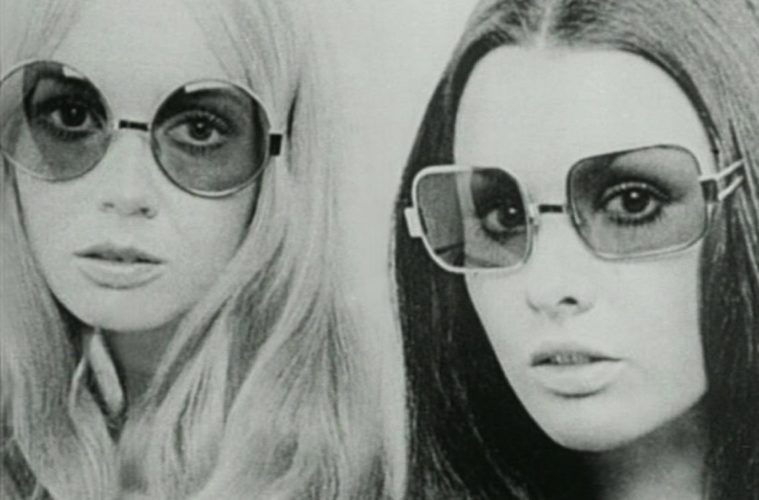 Across the weekend of 2 and 3 June 2018, the Barbican in London hosted a festival of lively, rich and interesting films made by US feminists involved in the women’s liberation movement. The films are diverse in terms of themes, audience and genre, but as the pun in the title of this review reveals, they all reflect a desire to translate what it means to be a woman in the USA of the 1970s onto film. Most of the films were preserved by the Women’s Film Preservation Fund of New York Women in Film & Television and have been curated into six sessions reflecting feminist priorities at the time of production, of which I attended three. The opening films were made in the early days of the women’s liberation movement when, as the British historian Sheila Rowbotham says in her introductory remarks: “male domination was difficult to conceptualise.” These feminist filmmakers were concerned with cinematically pinpointing and artfully conveying the impact of male domination on white, Black, young, older and Jewish women. All three films seem to conceptualise male domination as embodied in the limited choices available to women at the time.

Growing Up Female considers the pressure to be a good, feminine woman on young and older women across their lives. Crucially, this film made in 1971 shows women doing the work of disciplining other women, through teachers schooling their female students and mothers their daughters in “how to be a good wife”. In this way, the documentary foretells a major question soon to be asked by the women’s liberation movement, namely: “What exactly is male domination when women are doing so much of the dominating?”

Anything You Want to Be considers the suffocating impact on a young woman of being told she can be anything she wants to be, but only within strict and limited categories: shy and retiring or sexy and sultry. This film is funny and playful, as much of the cultural production of the women’s movement at this time was. This is a good thing to keep in mind as the reputation of the ‘humourless feminist’ really nips at the heels of those who were involved in the second wave.

The final film in this screening, Joyce at 34 is an early example of autobiographical documentary making and it is as subtle as it is thrilling. Joyce airs her contradictory feelings about her daughter and the way she has transformed her and her life, from wanting to return home for Passover to show her daughter off, to bitterly resenting her for interfering with her filmmaking almost in the same breath. This film forces me to consider what spaces we have where women can honestly discuss motherhood, relationships and child raising, in a culture that is so intolerant of mothers’ even momentary regret of having children.

The second screening showcases films that were used as a tool for social change, both within the women’s movement and beyond. Janie’s Janie and The Woman’s Film are examples of documentary filmmaking showing the process of women raising their consciousness through talking about their lives as women.

Consciousness raising was a key method of activism in the second wave of feminism in the UK, Australia and the United States, and at its height hundreds of thousands of women in those countries were involved in consciousness-raising meetings, including my mum! As producer and editor Stephanie Palewski says in her introduction to these films, consciousness raising came from “Maoist and Marxist-Leninist behaviour” and along with learning about her own oppression, she also “found out what honest relationships were” and learnt to form actively non-competitive and loving relationships with other women.

Janie’s Janie is a documentary about a white working-class woman who comes to know herself through consciousness raising. She says: “First I was my father’s Janie, then I was my Charlie’s Janie, now I’m Janie’s Janie.” Following this, she begins to organise in her community with other working-class mothers to create a nursery. She says: “They see us as Black mothers, Puerto Rican mothers, me as a poor mother, I see us as all saying the same thing.”

The production of Janie’s Janie reflected the internal dynamics of the women’s movement at the time; Palewski, who is credited as a co-director on the film, candidly admits: “It was thought that Geri [Ashur, the other co-director) was too middle-class,” she says, “I was a bona-fide working-class girl, so they asked me to make it … even though I had no idea about how to make a film.” Wonderful things happen when privileged women step aside or skill share, as this brilliant film, and Palewski’s following stellar career, attest too.

Second wave feminist filmmakers were concerned with who gets to make films and be in them, whose lives matter enough to be considered film material

The Women’s Film is filmed largely during consciousness-raising and organising meetings, where a diversity of women speak out about their oppression, shared and different. What unites the experience of women in this film across race and class is the significant amount of unpaid labour they do in their lives. Editorial assistants make coffee and appease male colleagues, factory workers return home after shifts to care for children, partners and the elderly.

Both this film and Janie’s Janie were produced by radical US film collective Newsreel. These films were posted from the US to the UK or travelled in the bags and suitcases of activists. They were watched on both sides of the Atlantic, contributing to a widespread feminist ferment that happened in the ‘70s.

The final film in this session is Women’s Voices: the Gender Gap, a short shown at the Democratic Party National Convention in 1984 to mobilise women voters in that election year. The titular “gender gap” refers to the notion that women were less likely to vote than men in US elections, but also that they were less likely to approve of then US president Reagan and thus held the power to vote the Republicans out.

This film, fabulously animated by Nicole Hollander, makes for sobering viewing in the age of Trump. Following this very same logic of gender seemed to guarantee the election of Clinton, but things did not fall this way as the majority of white women did not align themselves with Black women and Latinas but instead with white men. It’s worth noting that the Democrats lost in 1984, too. The best films of this final long bill of shorts artfully play the double hand, which feminism often tries to do, of defining oppression and defiantly creating an alternative. These films try to measure the impact of patriarchal view of desire and oppressive beauty standards on women, while at the same time presenting alternatives which centre women.

Chenzira’s important Hair Piece: a Film for Nappy-Headed People chronicles an oppressive history of relaxers, heated tongs and gels used to straighten African-American hair, while simultaneously urging viewers to see their natural hair as beautiful, a joyful act of defiance against white supremacy. In SISTERS!, the redefinition of desire means celebrating and being proud of one’s lesbian sexuality, despite living in a culture that seeks only to eradicate it. In Desire Pie, it means reclaiming yourself as a sexual subject in a culture that objectifies you by means of having sex with one thousand dancing cartoon penises which melt into a far-out ‘70s trip of animated breasts!

My only criticism of this day of second wave feminist film – fun, frivolous and deadly serious – was that it was so expensive. At £10.50 per screening and the concession price only a single pound cheaper, I frankly could not have afforded to go if I had not been reviewing. Second wave feminist filmmakers were concerned with who gets to make films and be in them, whose lives matter enough to be considered film material. But today, who can access these films, who gets to study them for historical interest or watch them for inspiration matters so much too.

From the editor: To find out about all the sessions that took place as part of this retrospective, visit the Barbican’s website.

All images courtesy of Barbican.
Image descriptions:
1. Feature image is a black and white portrait of two young white women with long hair, one blonde the other dark, wearing tinted 1970s-style glasses. Their lips are slightly ajar as they look into the camera.
2.Black and white photo of a young white woman wearing glasses, standing at the lectern with her arms up in the air. In her left hand she’s holding a banner saying ‘Sandy for Class President’, with the word ‘President’ crossed out and the word ‘Secretary’ written under it. Still from Anything You Want to Be by Liane Brandon.
3. Colour photo of a long haired woman operating a TV studio camera, taken from behind so her right half-profile is visible. Still from Barbara Hammer’s SISTERS!.

Hailing from Sydney, Australia, Rosa now lives in London where she writes, studies and teaches. Recently her work has been published in Little Fiction Big Truths food Anthology Nom Fiction, Freight Books Anthology I am because you are, The Letters Page, Litro Magazine, Cinnamon Press Anthology The Day I Met Vini Reilly, WeatherFronts, Feminartsy and Hoot Review. She is beginning her PhD in the history of second wave feminism at Cambridge University in October and is hard at work on her novel