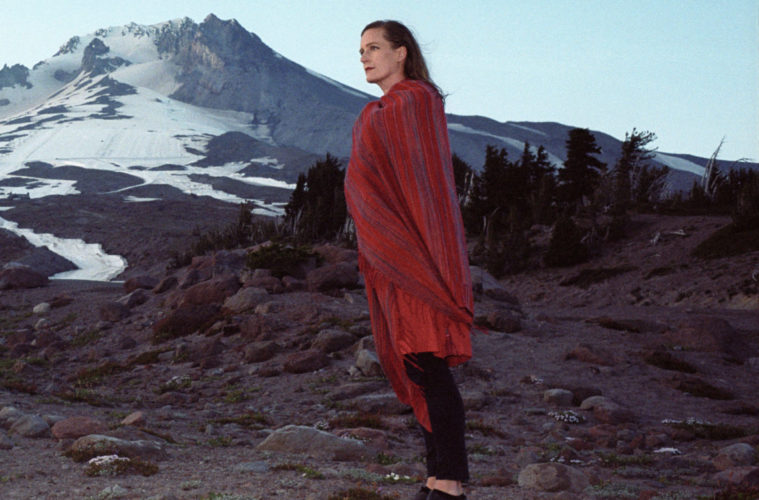 It’s a busy time of year for music and there’s a lot packed into this month’s pos so sit down, get your diary out, and see what tickles your fancy this month It’s the start of a new university term, Christmas and the end of year polls are drawing closer, and a lot of albums have been released recently. As such, we’re now well into the time of year I like to think of as Peak Touring when many, many artists are hitting the road.

It’s fair to say that this month’s post has a lot packed into it.

Starkly exacting singer/songwriter Laura Gibson releases her new album, Goners, today which, if the single ‘Domestication’ is anything to go by, should be a winner. We’re also seeing the release of a collaboration between Skinny Girl Diet’s Delilah Holiday, Baxter Dury and Etienne De Crécy.The three have been working on a side project under the name B.E.D and their album of the same name is available now.

Gina Birch and Helen Reddington (aka Helen McCookerybook) will premiere their documentary Stories from the She-Punks: music with a different agenda at London Doc’N’Roll Fest on 10 November. There will be more on this project very, very soon.

Albums due for release in November include eclectic electronic duo audiobooks Now (In a minute) and brooding landscapes from Mich Cota with the album Kija/Care, both released on 2 November. There’s also atmospheric and commanding indie rock from Killing Cartisano with KC Vol 1 on 9 November, full on hardcore punk from Guttfull with Tits and Nails on 10 November, shimmering and polished indie rock from Chorusgirl, who release Shimmer and Spin on 16 November, jazz minimalism courtesy of Nori’s Bruise Blood and folk rock from Amy Rigby’s The Old Guy’s, both on 30 November.

As mentioned above, there are lots of artists touring this month and, similarly, there are many more who will be touring in early 2019 who have announced tickets for sale.

The astonishingly voiced Freya Ridings is coming to the end of some UK dates. You might just catch her live in the next few days. If not, she is playing more dates in March. 3 November sees the London Oriana Choir performing a concert at Southwark Cathedral of works by Bach and leading Suffragette composer Ethel Smyth. The concert will be preceded by a talk by Dr Christopher Wiley from the University of Surrey on the life of Dame Ethel Smyth. The concert is part of the choir’s commitment to championing the work of women composers under its five15 initiative.

The EFG London Jazz Festival runs from 16-25 November and includes on its bill Nubya Garcia, Zara McFarlane, Kandace Springs and Lea DeLaria, among others.

The ferocious and devastating She Makes War continues her UK tour into November, and Norwegian pop superstar Sigrid will be playing a series of UK arena dates in November, and then returns to us early next year for some more.London based poet/musician Connie Constance brings her brooding minimalism to the stage throughout November.

The astonishingly voiced and self described “gothy post-punk baroque pop” band Death of the maiden are playing a couple of dates in November. Electro indie pop star MALKA is playing some gigs in November too, and the afore mentioned Laura Gibson will be playing a London gig with Dan Mangan at the Queen Elizabeth Hall on 13 November.

Metal-y punks Hands Off Gretal will be supporting The Virginmarys in late November on their UK tour. Chorusgirl are also on tour in November, as is the slightly post twee tinged soundscaper Soak.

Now booking for 2019 are atmospheric singer/songwriter Nadine Khouri, who will be playing at Brighton’s Folkroom on 17 January, electro pop soundscapist Lala Lala, who is touring the UK in February, and the folky Tiny Ruins, who are touring the UK in March.

Not sure what to check out this month? Let this months playlist help you decide.

Image one is the cover image to Laura Gibson’s album Goner. It is a dark atmospherically painted window scene in which a wolf is looking out of the window

Image two is of Laura Gibson. She is pictured outside, standing by a snow topped mountain range. She is standing to the right of the picture, profile side on