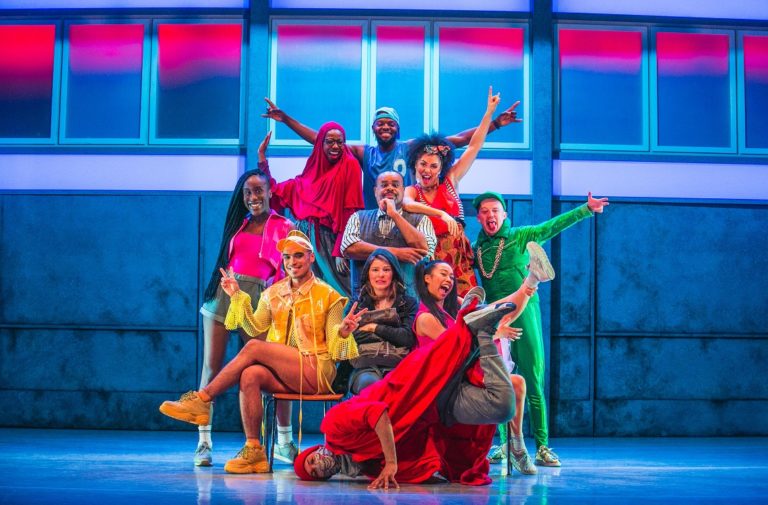 A love letter to my teacher

You might not remember me. It’s been 20 years since you taught me GCSE English and I expect you’ve taught several hundred different students in that time. I was a generally quiet, mousy girl back then. You might just remember the oral assignment where I brought in my 6-month-old baby sister and started the assignment by shouting “Sex” to the whole classroom. I was quiet, but secretly radical. I’m pretty sure I got an A for that. The assignment, not the secret radicalness.

So you might not remember me but I have never forgotten you. I can’t really remember any of what we learnt in GCSE English (sorry), in fact I can’t even remember what texts we studied… maybe Macbeth was in there, was it? But I will never forget that you believed in me and in my potential as a writer.

I had no plans to pursue writing in any way – I don’t think I even understood that you could pursue writing as a career. When I left school I did think I’d be an actor, and then at university I fell into directing shows and set up my theatre company, which I’m still running now.

Six years ago I had my first child and started writing – more than anything to distract myself from the existential dread that creeps over you at 3am during a night-time feed. I thought of you often in those early years, as I scribbled snatched lines of dialogue on scraps of paper, littered around the flat. When my first play (written during the small hours over 18 months of night-time feeds) was shortlisted for a writing prize I thought of you.

Then I started writing musicals. Turns out it’s quite hard to write musicals – not simply because they’re a complex art form to master, but also because everyone has opinions on how to improve them. I listened to a lot of opinions, but I also listened to your imaginary voice on my shoulder – simply telling me that you believed in me and my vision.

So it seemed the logical next step to write you into one of my musicals; in fact I wrote us both in. I wrote about a seemingly confident but anxious teenager, full of academic potential but afraid to leave her small-town comprehensive school crippled by self doubt at the prospect of taking up a place at university. I wrote about a passionate and inspiring teacher who convinces her to go to the interview and accept her place. It’s also a version of The Wind In The Willows because… well you’ve got to get bums on seats and I’m not Sondheim (yet), but it turns out you can turn any well-loved classic tale into a metaphor for a young woman finding her voice. All my plays and musicals are about that really; well they do say “write what you know”.

You became Mr Badger, sorry that you’re not Ms Badger – you were in my first draft, until several sensible opinions were expressed about the vocal balance not having enough lower voices in the mix – told you musicals are complex! I’d already made a lot of the other characters women, because if there’s one thing I can’t bear it’s theatre that doesn’t represent the diversity of our world, so it went back to being Mr Badger (as Kenneth Grahame originally wrote it). But we do have the Olivier Award-winning national treasure that is Clive Rowe playing the role – so I think we made the right call. It’s hard to write musicals but it turns out I’m quite good at it, because with a slew of excellent reviews and standing ovations under our belt, West End producers are lining up to take the show to London after its UK tour finishes in June.

I’ve thought of you every step of the way. I genuinely wouldn’t be at this point in my career and in my life if it weren’t for your belief in me. Wherever you are now – I hope you’re still teaching and inspiring the next generation as much as you did me. Thank you Miss Vernon.

In The Willows is on tour until 8 June

The image is a publicity shot for In The Willows. It shows the cast on a brightly lit stage. The actor Clive Rowe is in the middle of the image, surrounded by a diverse group of nine others, all wearing brightly coloured clothes: on a bench in front sits someone wearing bright yellow trainers, shorts and visor; behind him there’s someone in a dark red headscarf and right in front someone wearing a red coat and hat does a baby-freeze.

Lissy Lovett, The F-Word’s comedy and theatre editor, is also executive director of an organisation where Poppy Burton-Morgan is a trustee.