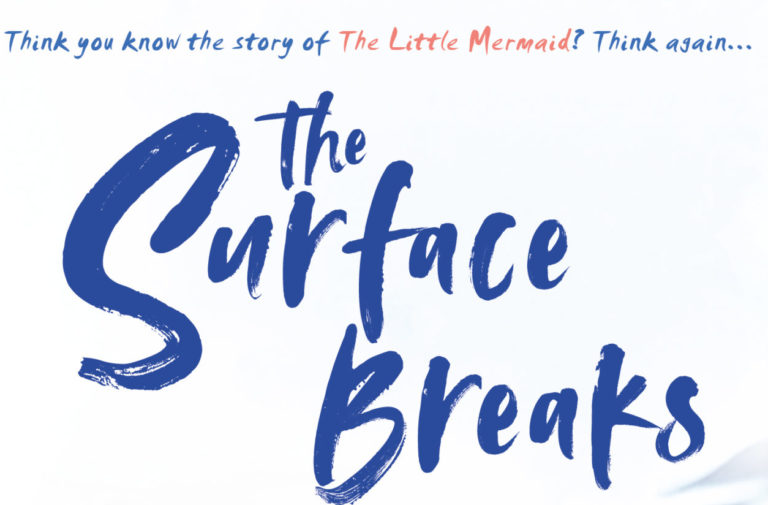 “I wanted to highlight how dangerous it is for any woman to give up her voice”: an interview with Louise O’Neill

Louise O’Neill is an author and journalist based in Ireland. Here, she discusses the changing feminist landscape, her writing practice and the power of retelling old stories with a new perspective.

You were last featured on The F-Word in 2015 following the release of Asking for It. How do you think the landscape of feminism has changed since then? There’s been a huge shift in the feminist landscape since 2015. When Asking For It was published, I often felt as if I was fighting an uphill battle trying to explain that yes, rape culture does exist, and that yes, pretty much every woman I knew had experienced sexual violence to some degree. There was still a resistance there, a discomfort with having those kinds of conversations. The #MeToo movement in 2017 blew that wide open. While Tarana Burke, the social activist behind the movement, had been using that phrase as early as 2006, it was only in the wake of the Harvey Weinstein allegations that it became a global phenomenon. Women were speaking out about the abuse they had endured for years – we were refusing to be silenced. There was no denying how prevalent this issue was any more. While the movement itself has slightly slowed down in the last year, I think it’s very important that feminists keep pushing forward, that we continue to use this momentum to enact real change.

What makes you return to writing fiction for young adults?
I hope that I will be able to continue writing fiction for both adults and young adults. I’ve seen with my writing that there is a definite cross-over appeal with my books, teenagers have read Almost Love, adults have told me how much they enjoyed The Surface Breaks. I do really enjoy writing YA fiction though – there’s a sense of urgency and immediacy when you’re writing for that particular age group that very much appeals to me.

In the novel, the protagonist critiques the fairy tales she was told as a child. Do you think fairy tales can ever really be feminist?
I don’t know if the fairy tales that we have grown up with in this part of the world – the repertoire of Brothers Grimm and Hans Christian Andersen – can ever be considered feminist in their original form. I’m not as familiar with tales from other traditions, so I can’t speak for them, but the fairy tales that I grew up consuming had very didactic messages for girls, concentrating heavily on the perceived virtues of beauty, purity and chastity, and pitting women against one another as competitors. They certainly weren’t empowering young women to eschew gender stereotypes and feel free to express their true selves! That’s why I think it’s been so fun to see these retellings and reinterpretations of classic stories over the last few years. It’s why The Bloody Chamber by Angela Carter appealed to me so much when I read it in university. There is great joy to be found in subversion of archetypes.

How come you chose The Little Mermaid as your fairy tale to reinvent?
I was actually approached by Scholastic and asked if I would be interested in writing a feminist re-telling of The Little Mermaid. I was very busy at the time – I was writing Almost Love – and if they had come to me with any other fairy tale, I probably would have said no. But I had been obsessed with this story as a child. The Disney version came out in 1989, when I was four, and it imprinted itself indelibly onto my subconscious mind. I was a dreamy child, half human, half sea-creature, and I identified far too much with Ariel’s sense that she didn’t quite fit in to her home place. It was only as an adult that I could see how deeply problematic the story was. A girl who gives up her voice, her home, her family, and mutilates her body, all in order to make a boy she barely knows fall in love with her? As someone who had suffered with an eating disorder for most of my adult life, I couldn’t help but wonder if I had internalised some unhealthy messages from the fairy tale as a child. In re-writing this story I felt like I had an opportunity to reclaim the little mermaid and give her back her agency. Maybe I felt like I had an opportunity to do the same for me.

Why do you feel it’s valuable to reshape the narratives of fairy tales for our changing society?
Society is always changing, and hopefully for the better. That’s what feminists want – we want a world that is fairer and more equal, and we want to ensure that the young women who are coming up behind us inherit a society that is better than the one we grew up in. The stories that we tell are an important part of that. Children are like sponges, they absorb information from what they see and hear and they do it so easily. I think it’s essential that we re-shape the narratives of fairy tales so that both young boys and young girls can feel free to be who they truly are rather than trying to conform to some limiting idea of what femininity or masculinity ‘should’ look like.

Were there any aspects of the story that you felt were particularly ripe for a retelling? Why?
I wanted to highlight how dangerous it is for any woman to give up her voice – I thought it was important for young women reading The Surface Breaks to know that their voices are important, that we need them to speak up now more than ever. The patriarchy would rather we stay small and silent, and we cannot allow that to happen.

I was also very keen to re-frame the Sea Witch in a different light. Ceto, my Sea Witch, is probably my favourite character in the whole book. She is a woman who is powerful, who refuses to conform, and, most importantly, she is a beautiful fat woman who is comfortable in her own body. That was essential for me as I have so much respect for the body positivity movement.  I think reading about a character like Ceto when I was a teenager would have been incredibly helpful, especially when I was struggling with serious body image issues. Books like this are often promoted as feminist reads for girls. How do you think we could encourage all genders to engage with feminist fiction?
This is a great question! We see this happening from a very young age, it’s why some women authors who write for middle grade have had to use their initials (case in point, JK Rowling) for fear that little boys would refuse to read anything written by a woman. It continues through to adulthood, with this idea that women’s stories are niche and only appeal to women but men’s stories are universal and can be read by everyone. It’s a dangerous concept as it encourages this idea that men don’t need to identify with women’s experiences and we need to squash that theory as quickly as we can! It needs to start with little boys, and we also need to look at the curriculum in schools and universities. Are the texts diverse? Is there equal representation for women and people of colour?

What else are you working on at the moment?
I’m writing my fifth novel, which is for adults. It’s due out in Spring 2020 and honestly, it’s all I can think about right now. It’s completely absorbing.

What direction do you see YA fiction going in in the coming years?
I’ve been saying this for a while now, as have a lot of other people in the YA community, but we still need far more diversity. We need more fiction by people of colour, by working class authors, by LGBTQ+ authors, by authors with disabilities. And it’s not just the authors – we need to see that diversity within the publishing industry itself as well.

Do you have any advice for young feminists navigating the current world’s technological complexities?
Oh lorrrrd, this is a tricky one. I’m currently on an extended break from social media and it has done wonders for my emotional health and anxiety levels. I think technology can be an amazing tool when used correctly but you have to be the one in control, not your phone. Try and create pockets of time during the day where you put your phone on airplane mode or leave it in another room and go outside and have a cup of tea or go for a walk in a park or on the beach, whatever is closest to you. Take a deep breath!

The Surface Breaks is published by Scholastic and will be available in paperback on 2 May.

The first image is of Louise O’Neill close up, stood on a beach with arms folded looking into the camera. This photo was taken by Clare Keogh, used with permission, courtesy of Scholastic Publishing. The second image is the book cover which has the title at the top written in blue and in the bottom half, a drawing of a girl with long hair, underwater and covering her mouth. The section with the book title is also used at the top for the feature image.