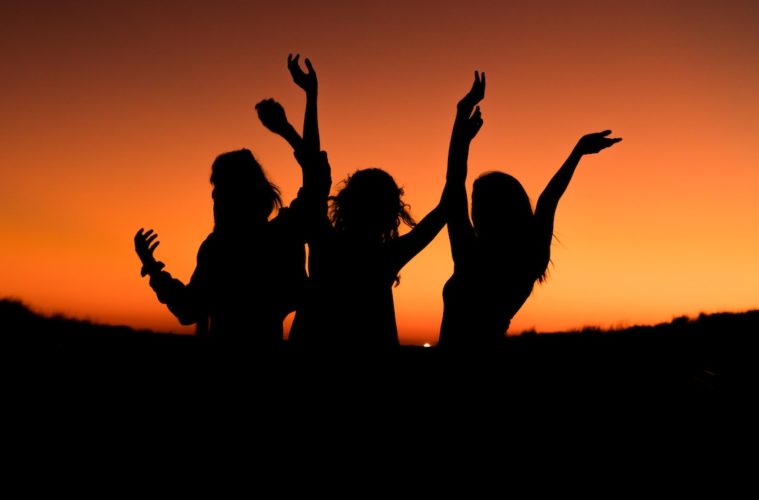 It’s the last Friday of the month which means it’s F-Word music blog post time. In this month’s post there’s all the latest info on July’s album releases and details of upcoming gigs, not to mention the F-Word music playlist

It’s the early days of this year’s festival season and many of you will be heading out across the country in the next few weeks with starry eyes and fingers crossed that the weather won’t be too awful. My advice? Always pack a waterproof, sun block and a sun hat.

There’s a lot coming up this month, music wise, including a slew of new albums. On 5 July the legendary Jesca Hoop returns with new album, Stonechild. Introspective experimental electro artist BABii will release her debut, Hiide that day as well, and 5 July also sees album releases from Sarasara (Orgone) and Olympia with Flamingo.

On 19 July Ada Lea releases What we say in private and on 26 July indie band Dude York will release Falling while Crown will release Unlearning.

As you can imagine, many musicians’ touring schedules are dominated by the festival circuit at the moment, but that doesn’t mean bands aren’t touring. For many, the summer festivals are a sort of long run up to substantial tour dates in the autumn of 2019.

Singer/songwriter Heather Woods Broderick is on tour in August, as are our favourite punk pop band Tacocat. Aussie punk rock superstars in waiting, Press Club, are doing a big UK tour in August and September.

Experimental harpist Mary Lattimore will be playing a one off London gig on 29 August at The Courtyard Theatre while Jenny Hval will be playing a gig in London in September, this time at Milton Court. Jade Imagine will play London’s The Waiting Room on 4 September.

If you can’t wait for the festival, Loud Women also have an assortment of one of London gigs planned over the next couple of months, including:

There’s also Izzy Thomas, The Other Ones, Sophie Mahon and Voodoo Radio at the Hope & Anchor, N1 on 10 August. You can find details of other upcoming gigs on their website.

In a similar musical vein are The Empty Page, who have a number of dates coming up. While their July 4 gig at The Eagle in Salford has sold out, you can still buy tickets to see them play the The Polar Bear in Hull on 20 August and The Fulford Arms in York on 21 August.

The Empty Page will also be playing with She Makes War in Bristol at The Crofter’s Right on 31 August, playing with Pussyliquor and A Void at the Victoria in London’s Dalston on 20 September, playing with Desperate Journalist at the Wagon & Horses in Birmingham on 28 September and playing with St Agnes and Souer at Jimmy’s in Manchester on 16 October.

Folk rock troubadours Ferris & Sylvester are undertaking a new UK tour in September and October. K.Flay will be touring in October, as will Chastity Belt and Chromatics, but the one to really look out for will be Skating Polly touring with She Makes War throughout October. Definitely a case of two for the price of one.

Josefin Öhrn + The Liberation will be touring throughout November.

In the wake of Bikini Kill’s triumphant return to the live arena, a number of publications have been re-assessing the bands legacy. This is a particularly good piece.

Not sure what to listen to this month? Let The F-Word music playlist be your guide.