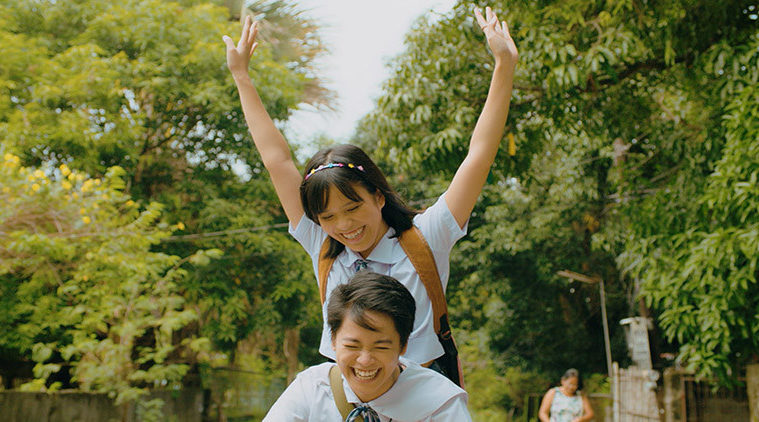 As a child growing up in the Pembrokeshire valley, stories, folk tales and mythology patterned my girlhood. Raised by a single mother, I had the privilege to grow up in a place of nature and freedom, where she and her friends would perform vivid stories about Cantre’r Gwaelod, the “Welsh Atlantis”, and feminist readings of the Mabinogion at woodland bonfire get-togethers. My heroes weren’t bound by gender, and through those stories I learned that love and identity can be diverse and liberated. It remains the greatest gift I ever received. That’s why it’s a privilege to find myself writing for a film festival that advocates what those wild Welsh women instilled in me: a passion for stories, love and freedom.

The Iris Prize LGBT+ Film Festival returns to Cardiff between 8 and 13 October. Now in its 13th year, the Iris Prize remains the largest LGBT+ short film prize in the world, with the winner receiving £30,000 to make a new film. The winner in the Best British category wins a £20,000 package of post-production services from Pinewood Studios.[From the editor: check out our coverage from 2018 and 2017]

The festival is a showcase of visual storytelling, representing the best in contemporary British and International LGBT+ film. This year’s programme includes more than 20 films from female directors, across several genres and from diverse perspectives, interlinking themes of sexuality, gender, race and disability. Many of those stories come from countries such as Brazil, China and the Philippines where LGBT+ rights remain restricted. Filipino director Samantha Lee’s feature film Billie & Emma is a raw, intimate and poignant tale, exploring the tender relationship between two teens growing up in rural Catholic community in the Philippines. Lee advocates all-female and LGBTQ+ casts in her films, and she’ll be taking part in a Q&A during the festival.

Another particularly moving film is Brazilian director Carolina Markowicz’s The Orphan which follows Jonathon, a charismatic queer child who experiences rejection from potential adoptive families. Markowicz expertly blends Jonathon’s youthful energy with the harsh reality faced by many gender-nonconforming children, where parental rejection and loss of family is heartbreakingly common. This is especially pressing in Brazil, where in 2018 violent deaths of trans women hit an all-time high.

The festival also recognises a need for better inclusivity within the LGBT+ community itself, and this in turn has provided me with opportunities to challenge and develop my own feminism. A great example of this is intersex filmmaker River Gallo’s Ponyboi. This groundbreaking short, produced by Stephen Fry and Emma Thompson and featuring Gallo in the lead role, is the first film to be written and directed by and starring an intersex person. It’s an emotive and visually stunning film that draws on Gallo’s own experiences, including the trauma of childhood surgery, procedures that the UN, Council of Europe and many other global organisations now define as genital mutilation. Ponyboi charms you, shakes you and demands a place for intersex visibility and gender liberation within society and feminism. I have nothing but praise for Gallo’s advocacy and a film that conveys this with such a powerful message of hope.

While a film like Ponyboi points to the future of LGBTQI rights, some of the documentaries in this year’s programme explore their past. Both the short film Invisible Women (by Alice Smith) and The Archivettes (by Megan Rossman) feature moving testimony from unsung heroes who have played a prominent role as LGBT+ activists and archivists, recovering and preserving many of those lost voices. Elsewhere, women filmmakers offer stories that balance humour and emotion, such as Sparkman Clark’s Greta and Stef Smith’s Joyboy, both funny and fresh while never shying away from the truths of love and hate. One of the films shortlisted for the Best British award is Fee, written and directed by Guen Murroni and starring trans activist and model Munroe Bergdorf in what I think is her first acting role. In a recent episode of the Feminists Don’t Wear Pink podcast, Munroe was asked how we can tackle inequality and prejudice, and she replied: “I think it’s about sharing stories, and humanising the experience and humanising the differences between all of us.” This really struck a chord with what I’ve seen so far in the films in this year’s programme.

The Iris Prize festival’s message resonates with the power of visual representation in combatting invisibility and isolation. This is my first year working on this event and I feel the best way to describe it is to borrow the phrase the mighty founders of the Lesbian Herstory Archives, Deborah Edel and Joan Nestle, used to describe their own work: “a place that says yes”.

All images courtesy of Iris Prize.
Images description:
1. Two Filipino teenagers are laughing ecstatically against lush green background of trees. Although we can’t see the lower parts of their bodies, it seems one of them is riding a bike with the other standing on the rack behind them, with their arms thrown up in the air. It’s a still from Samantha Lee’s Billie & Emma.
2. A close up of a face of a person with dark shoulder length hair and strong eyeliner on, bathed in blue light. A still from River Gallo’s Ponyboi.
3. Two black women, one older and one younger, are sitting at a table examining black and white illustrated publications laid out there. It’s a still from Megan Rossman’s The Archivettes.