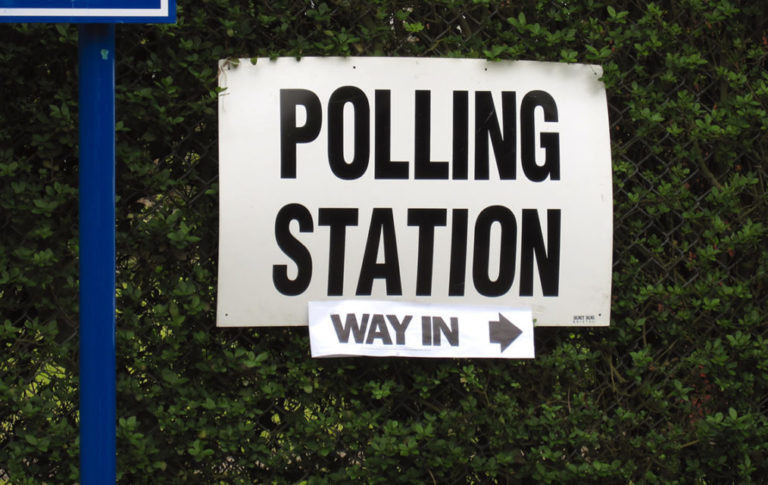 The issue of whether the ultimate glass ceiling in British politics has actually been broken is a complicated one. Many point to the fact that there have been two women Prime Ministers, who led the country (with debatable success) through highly turbulent and controversial times. Others point to the limited number of women MPs in the House of Commons, and the fact that both of the main parties in British politics are led by men, with the Labour Party never having had a permanent female leader. Politics still seems like a ‘man’s world’, but by the morning of 13 December, political power in the UK could be in the hands of two women. The third and fourth largest parties in the House of Commons, the Scottish National Party (SNP) and Liberal Democrats, are currently led by two women: Nicola Sturgeon and Jo Swinson. Despite Swinson advertising herself as “the Liberal Democrat candidate for Prime Minister”, it seems unlikely that the Liberal Democrats will go from their current 21 seats to the 326 needed to form a majority government and for Swinson to move into Number 10. Scottish First Minister Sturgeon is not even standing for election to Westminster, continuing instead to lead the SNP at the Scottish parliament in Holyrood. As her party does not stand candidates outside of Scotland’s 59 constituencies, it’s impossible for her to become the next Prime Minister. The election of 2019, therefore, seems incredibly unlikely to result in the election of Britain’s third female Prime Minister, but these women politicians are the ones who may possibly hold the balance of power in the aftermath of the upcoming poll.

On 13 December, it is possible that Britain will wake up to a hung parliament

All indications are that this will be an incredibly close election – a “once in a generation” vote, as Labour leader Jeremy Corbyn described it. With the remain vote split between Labour, the Liberal Democrats and the Green Party, and the pro-Brexit vote going to the Conservatives or the Brexit Party (in non-Conservative seats) and potentially being influenced by old partisan allegiance, it is possible that neither the Labour Party or Conservative Party will emerge with the 326 seats needed to form a majority government. The latest polls give the Tories a substantial lead over Labour, but there is some evidence that this gap is slowly being closed. The Liberal Democrats, meanwhile, look to be gaining on Labour, with some polls putting them less than 10 points behind Corbyn’s party. This shows just how close this election will be, but also suggests that no party will have a clear and solid majority, with votes being split between these three parties, as well as regional and single-issue parties. On 13 December, therefore, it is possible that Britain will wake up to a hung parliament, with neither party securing the numbers to win a governing majority. Should neither party achieve a majority, Corbyn and Conservative leader Boris Johnson may be frantically making calls to their ideological or Brexit allies in the early hours of results day, attempting to work out a coalition or support agreement that would push their party over the 326 seat mark. With both the Liberal Democrats and the SNP predicted to make incredible gains in this election, they seem the likely parties who will hold the balance of power.

Both the SNP and Liberal Democrats are incredibly unlikely to ever consider a coalition with the Conservatives, due to ideological and Brexit-related differences, coupled with the Liberal Democrats’ past experience in that coalition between 2010 and 2015, which resulted in both parties having cabinet positions and David Cameron and Nick Clegg serving as Prime Minister and Deputy Prime Minister respectively. Corbyn will most likely be the person placing the frantic phone calls to Swinson and Sturgeon, negotiating and agreeing a potential way forward.

Swinson and Sturgeon, two women politicians, could find themselves in a position to shape Britain’s government and political landscape. In the event of a hung parliament or minority government, other agreements can be made including informal agreements and confidence and supply agreements. This involves the minority party supporting their larger coalition partner on key votes like the budget and votes of confidence, in return for some concessions and was the agreement between the Conservatives and their right-wing unionist allies, the Democratic Unionist Party (DUP), following the 2017 election. Theresa May, the then Conservative leader, needed the 10 DUP MPs to push her government over the 326 mark, giving her a legislative majority, so resorted to agreeing a confidence and supply agreement with the DUP. Both of these agreements could be on the table for Swinson or Sturgeon (or both), depending on the parliamentary arithmetic, allowing scope for both leaders to make considerable gains from Corbyn. With a coalition or agreement possible, Swinson and Sturgeon could have the ability to demand concessions on virtually every area of domestic policy and in many areas of foreign policy, and will have a significant chance to make provisions for the implementation of their own party’s agenda. This can be seen through recent deals between different parties, when it was necessary to form some kind of arrangement in order to govern. The DUP secured an extra £1 billion of public spending in Northern Ireland as a result of their deal with May, and in coalition the Lib Dems were given the chance to push forward some of their policy agenda. Swinson and Sturgeon could definitely achieve similar success and advance their ideas in the case of either a coalition or a more informal system of cooperation. The morning after the election, they may find themselves in a position to dictate the terms of collaboration with Labour to Corbyn.

Speaking at the launch of the SNP campaign, Sturgeon set out the terms on which she would consider an agreement with Corbyn’s Labour Party. Significantly, Sturgeon ruled out a coalition deal, but announced that the SNP would be willing to support a minority Labour government. Sturgeon said she would lead a “hard bargain” for her support and that party leaders “need not bother picking up the phone” to her unless they were willing to back a second referendum on Scottish independence. This is, after all, the main aim of the SNP, so it is completely unsurprising that Sturgeon would demand this. In the event of a minority government or hung parliament, things may be so desperate that the unionist Labour Party caves in to this independence agenda. Swinson also maintains that the Liberal Democrats would not contemplate a coalition, but should they hold the balance of power after the election, their main demands to Corbyn’s Labour Party will likely revolve around Brexit. At their recent party conference, Swinson’s Lib Dems changed their Brexit policy in support of revoking Article 50 without a referendum, whereas Labour have promised a renegotiated deal and then a people’s vote, including the option to remain. A likely compromise between the two would be provisions for a people’s vote on Brexit to be held and any deal re-negotiated by Labour would likely have to be a ‘soft’ Brexit.

In the last parliament, Corbyn and Johnson traded blows and stared each other down from opposite sides of the House of Commons. Despite Corbyn’s left-wing idealism and Johnson’s unconventionality, the two leaders ultimately reflected the traditional, male, pale political establishment, albeit two different sections of it. This establishment and male control could be completely shaken up by a hung parliament by the end of 2019, which could put two women in a position to dictate the terms of British politics. On the morning of 13 December, Swinson and Sturgeon may not just be powerful women in politics, but the most powerful people in Britain.

The featured image shows a white sign with the words ‘polling station’ on it in bold black type. At the bottom of the sign another smaller white sign is stuck on it, with the words ‘way in’ and an arrow pointing to the right on it, also in bold black type. The signs are on a dark green hedge and at the left of the image there is a navy blue lamppost.
Photograph by Paul Albertella

The first photograph shows the palace of Westminster. It is night and the building is illuminated with yellowy, golden lights. The photograph has been taken from across the Thames, so Westminster Bridge and the River Thames itself can be seen. On the bridge, some red double-decker buses can be made out, but the buses and the cars are mostly blurred.
Photograph by Jorge Láscar

The next photograph shows a counting hall on election night. It appears to be a purpose built-sports hall as there are some markings on the floor, similar to those of a basketball court or sports field. There are three long tables laid out horizontally and several people are sat or stood behind the tables. They wear mostly white tops, but some wear black and a few wear red. These people are busy quickly counting the ballot papers, which can be made out on the table. At the bottom right corner of the image three people stand in conversation, two wearing black and one wearing red. Other people in suits move between and walk along the rows.
Photograph by Coventry City Council

The next photograph shows Nicola Sturgeon giving a speech. It is taken from her left, looking up slightly at her as she speaks. She wears a pale pink jacket and has her left hand on her hip. She is surrounded by a crowd of people, with one person looking directly at her and holding up their phone, as if recording or photographing her.  Another person is stood close by. They have blonde hair and they are wearing a khaki green coat and pink scarf. Some of the crowd are wearing yellow badges.
Photograph by Christie McIntosh

The last photograph shows Jo Swinson giving a speech. She is wearing a red top and black bottoms, as well as a necklace made up of several silver discs. She holds her arms apart slightly as she speaks. She stands in front of a mostly dark background.
Photograph by the Liberal Democrats