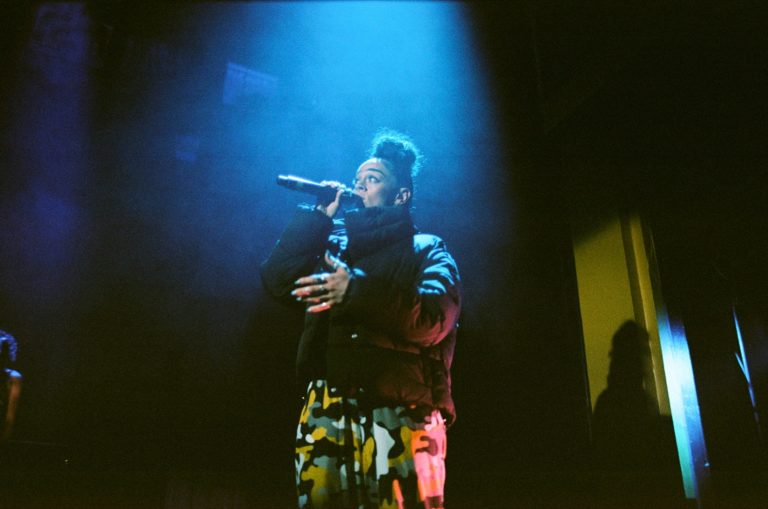 I’ve cut it a bit close to the end of the month again – will I do any better in February? We’ll see… In the meantime, here are some suggestions for things to go and see:

“In a strict Mormon household somewhere in the seam between East London and Essex, a girl is given Dizzee Rascal’s ground-breaking grime album Boy in da Corner by her best friend SS Vyper.” Debris Stevenson’s semi-autobiographical piece Poet in da Corner opened yesterday at the Royal Court Theatre and runs until until 22 February before going on tour to the MAC in Belfast, Leicester Curve, Birmingham Repertory Theatre, Nottingham Playhouse, HOME in Manchester and Hackney Empire.

You wait ages for a festival celebrating the Nordic countries and then two come along at once!

LoveSexIdentityAmbition is a week-long festival of monologues taken from the book Hear Me Now: Audition Monologues for Actors of Colour and runs at Theatre503 in London from 4 until 8 February. This will be the first time these stories, written specifically with nuanced narratives that expand beyond the limited range of existing stereotypical audition material available, will have been performed to audiences.

Some great comedians are going on tour: Olga Koch tours If/Then, a feminist investigation into what happens when we can’t separate emotion and technology, from 12 February until 15 March. She visits London, Leicester (as part of the comedy festival), Cambridge, Bristol, Manchester, Reading, Oxford, Brighton, Glasgow and Edinburgh.

Back to theatre, a preview production of Instructions For A Teenage Armageddon is running from 17 until 29 February at The Old Red Lion Theatre in Islington. Rosie Day’s new ‘one-girl’ show is a call to arms for young women everywhere, and questions why society isn’t watching out for our girls as they navigate fading friendships, f**ked up families and forging a trail through adolescence.

MEAT is a story of consent, class and how modern-day Ireland reckons with transgressions surrounding harassment, sexual assault and consent buried in its past. The production runs from 19 February until 14 March again at Theatre503 and Solace Women’s Aid are running consent workshops alongside: extending the educational nature of the play beyond the stage to help those who may have been affected by a similar narrative, and to continue to aid understanding of consent across all situations.

The Goddess Tantric Massage Parlour is Jacqueline Haigh’s one-woman sitcom based on her experiences of working as a receptionist in a West London Tantric Massage parlour and is on at the Museum of Comedy in London on 27 and 29 February.

Ladykiller is going on tour, beginning at Ventnor Exchange on the Isle of Wight on the 3 March, finishing at Birnam Arts in Perthshire on 2 May and visiting a lot of venues in between! In 2018 Emily Zinkin wrote in her Edinburgh review: “The show starts with the backlit entrance of the Maid, whose name is never given, and when the lights go on the screaming begins.”

Stevie Martin is at Soho Theatre from 5 until 7 March with her second standup show Hot Content. Martin draws on her experiences as a clickbait hungry online journalist, one-time campaigner and traction-obsessed social media user.

And finally there are two interesting-sounding plays on at Soho Theatre in the coming months. Seeds runs from 24 March until 11 April and asks: “What would you do to save your son? Everything? Anything? Lie?” Run Sister Run is on from 25 March until 2 May and is a witty and heartfelt story of family, class and dependence, asking what does it really mean to belong to someone?

The feature image is by Vicky Grout and shows Debris Stevenson in Poet in da Corner. Stevenson stands on a darkened stage holding a microphone up to her mouth. Her other hand gesticulates as if she is making a point. She wears loose trousers in a camouflage print and a puffer jacket. A blue light shines on her from above.

The image in the text is by Karla Gowlett and is of Laura Lexx. Lexx stands in front of a bright yellow background with her arms in a classic ‘strongwoman’ position looking slightly up and to the right. She wears a bright red top and a blue skirt with white polka dots.