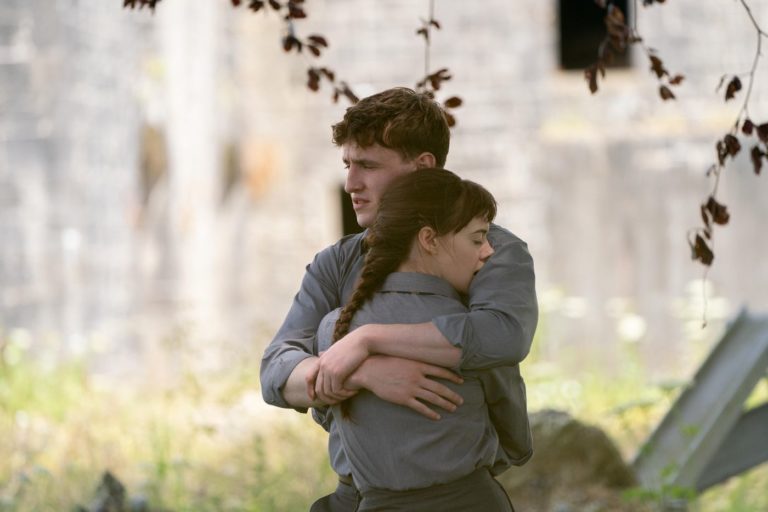 Normal people: there is a piece of all of us in here

The reception of the BBC and Hulu adaptation of Sally Rooney’s best-selling novel Normal People has been positively wild. The excitement has gone beyond normal to extraordinary. There is even an Instagram account dedicated to a lead character’s necklace! The 12-part drama, which is set in modern-day rural Ireland and reworked for the small screen by writers Alice Birch and Mark O’Rowe, is a beautifully shot and captivating work.

Directors Lenny Abrahamson and Hettie Macdonald take on six episodes each and bring with them a filmic look to the piece as they depict a realistic portrayal of how teens on the cusp of adulthood deal with sex, relationships, mental health and classism. The earnest filmmaking style and uncensored themes make the show astonishingly eye-opening.

Normal People brought me back to how Channel 4’s Skins first revolutionised teens on screen with these themes. While we have seen a more recent revival of those ideas in Netflix’s Sex Education, Normal People is distinctly unique. Skins and Sex Education explore such themes through a large ensemble cast that offsets dramatic moments with comedic ones. Normal People strikes a different chord. Its muted colour palette, shallow depth of field and undulating rhythm captures the drama between two lovers.

The story centres around the romance of young adults Marianne (Daisy Edgar-Jones) and Connell (Paul Mescal), who hurdle over class and societal barriers as well as their own inability to communicate openly with each other. As their love affair begins, they agree to keep their relationship secret for fear of what other people would think of them at school. A promise which proves problematic and unravels over the series during their on and off relationship.

We first meet Marianne and Connell in their final year of college and on the surface, their personalities seem like polar opposites. Connell is part of the popular crowd; he is sporty and good looking which, for downcast and recluse-like Marianne, is seemingly unattainable. Marianne is whip-smart, provocative and bookish and isn’t afraid to challenge anyone. Connell, who’s still finding a voice for his opinions, admires these qualities in her.

Outside of school, their lives are also very different. Both are raised by their mothers, yet their single-parent households are worlds apart. Connell’s mother, a cleaner who works at Marianne’s family home, is caring and nurturing. Marianne’s family is very well off, but their relationships are highly dysfunctional. Her older brother is a bully and constantly spouts abuse at her. There are particularly uncomfortable moments where Marianne’s mother witnesses this abuse and yet does nothing to intervene. One of my few niggles with the series lies here. The scenes between Marianne, her mother and brother are strained and verge on the theatrical. While their supporting roles are integral to the storyline, and provide a background for Marianne’s insecurities, it feels like there is too much left unsaid. More context is needed to warrant their cold, harsh attitudes towards Marianne otherwise they seem like pantomime villains.


We are so used to bad relationships and voyeuristic sex on screen, it is refreshing to finally see a storyline with a clear message: all sorts of sex are acceptable as long as it is between consenting adults and anything outside of that is not right
The first few episodes see Marianne and Connell’s intellectual and sexual attraction to each other build and their affair begin. It is hot and cold from the start and the story flits between their public encounters in school corridors to their private, more intimate ones. Here we see Edgar-Jones and Mescal’s fantastic performances really excel and the directors keep the audience close all the way. The use of extended shots when capturing their glances makes the tension between them palpable. The camera and the performances do not shy away from their more intimate moments. From their first kiss to their first sexual encounter, you witness all. While it is rare to see so much intimacy, and in some cases full frontal nudity, on television, its use is not gratuitous and gives realism to the storytelling. It is also in these intimate moments where we see a surprisingly rare healthy heterosexual relationship in TV. Connell and Marianne’s physical desires are treated equally and respectfully, and they openly discuss contraception and consent. Later in the series, when Marianne is in a relationship with someone else, we see the contrast of what a bad physical relationship looks like. Marianne starts experimenting with BSDM and it is clear in this case that it is a conduit for her to cave into her insecurities. We are so used to seeing many bad relationships and voyeuristic sex on screen (*cough* Game of Thrones), it is refreshing to finally see a good one in a storyline with a clear message: all sorts of sex are acceptable as long as it is between consenting adults and anything outside of that is not right. Surely, we should hope to see that become the norm on television rather than an exception?

A creative decision has been made to focus on every step of the characters’ emotive state within the more dramatic scenes and for them to be played out in full, including the most awkward silences that we’d usually skip over. Throughout all of the episodes, scenes often begin and end with Marianne or Connell entering or leaving a room, space or doorframe, rather than a harsh cut.

There is something of all of us in Marianne and Connell’s characters. Whether you were guilty of falling for the most popular guy at school and being too afraid to speak to him or were uncertain about your future and whether you even wanted to go to university, they are both beautifully relatable. The saying “opposites attract” perfectly applies here: two people who are on their own trajectories from seemingly different worlds but really, they are the perfect pair. Enjoy the realistic portrayal of young love in this masterful drama.

Normal People is available to watch on BBC iPlayer.