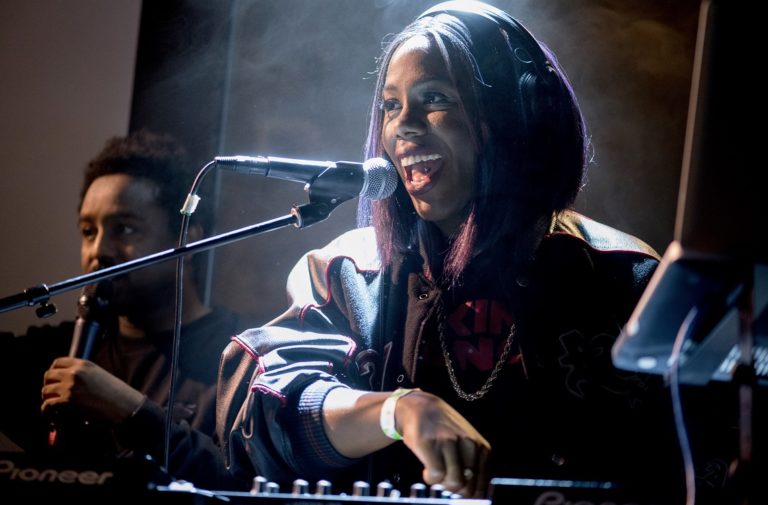 Brighton Fringe is running an autumn season (is a fringe festival really a ‘fringe’ if there’s no main/international festival for it to be the fringe of? – Ed) made up of online and live events. Some feminist shows are:

Lighthouse, Poole, is hosting Asking For It, an exhibition created by Jayne Jackson. Using makeup artists, actors and historical photographic techniques, the exhibition takes the form of a series of ‘mugshots’ where each represents a different decade and depicts a different reason to victim blame. Asking For It is open until 7 November.

The Belfast International Arts Festival is underway and runs until 1 November. You can still catch Si C’était de l’amour (If It Were Love) a documentary following the professional and personal lives of the dancers in a recent touring piece Crowd on 22 October, fiction writers Elaine Feeney and Daisy Johnson on 25 October and publisher Lennie Goodings talking about her memoir of her time at the feminist publisher at Virago Books, A Bite of the Apple, on 31 October.

The Bloomsbury Festival runs until 25 October. Events are being ticketed as online in the first instance, but with an option being offered to attend in person as the date gets closer (goodness, I’m glad I’m not organising a festival at the moment – Ed). Events still to see that sound great include Virginia Woolf: Killing the Angel which weaves Woolf’s own words with songs from female composers who were her contemporaries and an exhibition from Claire-Anne Abi Ola which is inspired by her British and West-African heritage.

Lone Flyer – The Last Flight Of Amy Johnson runs at the Watermill Theatre in Berkshire from 22 October until 21 November. This play about one of the most inspirational women of the 20th century was first staged at the Watermill in 2001.

I Need to Cher, the worlds only feminist Cher-based cabaret collective are presenting How to Survive the Cherpocalypse at the Space in east London on the 23 and 24 October. The performance on the 24 October will also be available via livestream. They say “you will leave strong enough to face anything that 2020 will throw at you” and I think we could all do with a bit of that!

…cake is at Theatre Peckham on 23 and 24 October as part of its Young, Gifted & Black season. Written by babirye bukilwa, …cake “asks if Black womxn are ever afforded youth and solace in a society that asks them to constantly perform, even in their bedrooms”.

Part rave, part drama, Lil.Miss.Lady from HighRise Theatre streams on 23 October. Inspired by interviews with influential women in the Grime scene including Lady Stush, Lioness and Queenie, it explores the history and music of Britain’s biggest sub-culture, Grime.

performingbordersLIVE20 is a three day digital event also running 23 until 26 October with film, performance and panel discussions. It includes RE:seeding, in correspondence, a performance to camera exploring connections between ourselves, earth and body ownership from Jade Montserrat and a film from London-based Chinese drag king, performer and activist Whiskey Chow.

Greater Manchester Fringe is running until the end of November and has a couple of interesting-looking solo shows. On 13 and 14 November Big Girl by Emily Jane Rooney fuses standup comedy, spoken word and movement to share ridiculous experiences around body positivity. On 28 November Seeking Arrangement by Alexandra Hannant explores sex work and the UN. Hear Us Out is a digital performance from Brighton organisation New Writing South which premieres on 28 November. The performances transforms authentic, autobiographical stories from elder LGBTQ+ interviewees into verbatim theatre. After November 28 the production will be able to be viewed indefinitely and there will be BSL interpretation.

The feature image is from Lil.Miss.Lady, shows DJ Kaylee Kay and is by Camilla Greenwell. It shows DJ Kaylee Kay on stage, operating some sound equipment and smiling into a microphone. She wears a jacket, has a wristband on her arm, a chain round her neck and a stud in her tongue. Just behind her is another figure speaking into a microphone. The whole image is very dark with details picked out with stage lights.

The image in the text is from Hear Us Out and is by Rosie Powell. It shows performer Janet Jones wearing headphones and sitting in front of some brightly painted beach huts. She has very short hair, wears a plaid shirt and a black jacket, and looks out to her right.