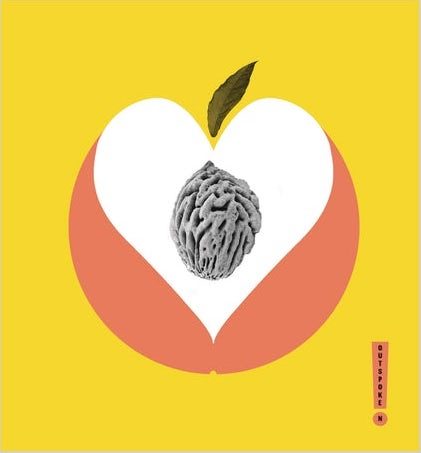 In September 2020, the government’s Relationships Education, Relationships and Sex Education (RSE) and Health Education Statutory Guidance became mandatory for all schools in England and Wales. While such updates to modernise and make lessons more comprehensive are a progressive win, Fiennes’ book argues that sex education should continue beyond the classroom.

Fiennes’ decision to write Behind Closed Doors: Sex Education Transformed was partly prompted by her personal experience of non-consensual sexual activity in her mid-20s. Fiennes discovered that she and her peers had neither the language nor the critical understanding to talk through her experience. Despite having reached independent adulthood, talking about sexual activity, sexuality and relationships was often difficult and sometimes divisive. Fiennes realised that RSE was important in schools but insufficient without a sex and relationships education which continued into adulthood.

In essence, Fiennes ably attempts some good old-fashioned consciousness-raising: without education, she says, how can we rise up against powerful and oppressive political processes rather than reproduce them?

“If #MeToo taught us anything, it’s that sex education must be lifelong”, Fiennes writes. Her book is not a manifesto for improving sex education in schools but is meant for those “who are considered beyond the age where sex education is needed”, reopening the subject for people in their 20s and early 30s. By considering sexual behaviour within a wider historical and political context, the book is designed to eliminate the taboos that make it awkward or impossible to have critical conversations about consent, sexual violence and healthy relationships with friends and in the workplace.

There are lots of good things about this book, which is a short, punchy, intersectional, unstuffy overview of all sorts of issues that impact sexuality and sexual activity. The first thing to say is that it’s very accessible: concise, short and jargon-free chapters, no heavy footnotes, case studies that will be familiar to the target audience (Blurred Lines lyrics, the Twilight books), not enough detail to bog anyone down, but enough information to provide an overview of the key themes.

In essence, Fiennes ably attempts some good old-fashioned consciousness-raising: without education, she says, how can we rise up against powerful and oppressive political processes rather than reproduce them? The chapters may be short and the information slightly lacking in detail, but her purpose is to get readers sufficiently fired up to bring about cultural and political change. It is this change that is the “transformation” referred to in the book’s title.

Fiennes has done well to remind readers that advocating for bodily autonomy and sex positivity should also be about “having the power and agency to say no” without being judged or shamed for that choice.

Fiennes works hard to make the case that sex and physical characteristics that inform sex categories are social constructs with very little biological consistency, and that gender identity is independent of everything except personal conviction. However, there are a number of instances where Fiennes conflates or misuses the terms sex and gender, or writes “gender” without specifying whether she is referring to gender identity, gender expression or gender norms and expectations. This lack of linguistic clarity can lead her to make statements that are inaccurate. Fiennes may be deliberately blurring the lines between these terms. However, her encouragement of greater support of transgender rights is not helped by such techniques and thus sloppy writing weakens her case.

Fiennes’ enthusiasm for trans rights occasionally causes her to generalise. She writes: “the stereotype that trans people are a threat is not uncommon” and “the threat of sexual violence is used to push an agenda about trans people”. But there is no widely-held or even media-hyped stereotype about the threat of violence from trans men, either physical or sexual: the “not-uncommon stereotype” relates to discussions about trans women. Fiennes would have done better to be more accurate in this respect.

From chapter three onwards, Fiennes’ analysis charts more solid territory. Much of what she writes about masculinity, body image, sexual consent, sexual violence and contraception is well-trodden ground. Nevertheless there are some thoughtful and relevant additions. Chapter 12, “Relationships: Just Swipe Right”, focuses squarely on internet dating, now totally destigmatised and often a much safer way to find a potential partner (especially for LGBTQ+ people). Fiennes reflects on the explicit patterns of racism, racial stereotyping and ageism that are revealed in data about people’s stated preferences when seeking relationships online.

Chapter three, “Masculinity: Trump’s Button”, is particularly impressive. It covers key issues on the subject of masculinity in a clear, balanced way and looks at how social and emotional expectations associated with masculinity in western Europe and North America are damaging for all irrespective of gender. In the chapter, “Virginity: Purity” Fiennes has done well to remind readers that advocating for bodily autonomy and sex positivity should also be about “having the power and agency to say no” without being judged or shamed for that choice.

Fiennes is mostly confident but trips up over some of the neoliberal arguments which currently represent the acceptable face of feminism for many people.

The political glue that holds Behind Closed Doors: Sex Education Transformed together is definitely left-wing. Fiennes consistently references oppressors and the oppressed, highlights the damaging impact of colonialism and is clear that racism and misogyny are structural. It is in this context that she makes perhaps the strongest point of the whole book, that not only do predominantly cis male perpetrators commit sexual assault to gain power rather than sexual pleasure, but that sexual assault is structural and an inevitable consequence of patriarchy.

There are a few chapters where Fiennes is mostly confident but trips up over some of the neoliberal arguments which currently represent the acceptable face of feminism for many people. Fiennes rightly rails against the damage done by centuries of unrealistic, narrow and ever-changing beauty standards and talks in glowing terms about the body positivity movement.  But, when criticising adverts for breast enlargement, she writes: “It’s not to say there’s anything wrong with cosmetic surgery, but…”.  This doesn’t wash: If you want to call out the damage done to people’s confidence in their own bodies as a result of structural misogyny and horrendously damaging social norms around gender expression, then you need to be strong enough to call out the cosmetic surgery industry as part of this oppression.

Similarly, Fiennes argues cogently for sex positivity, sexual autonomy and personal choice but later writes: “with smartphones glued to our side, […] we now have unprecedented and limitless access to smut”. “Smut”? Fiennes argues that all chosen sex (sexual activity that is not forced or coerced) is good sex, that sex work is a legitimate way to earn a living and that “the majority of sex workers” choose their work (in other words, are not trafficked); referring to pornography as “smut” is inconsistent with this argument.

There are times when Fiennes’ lack of knowledge, and the consequent holes in her arguments, become apparent. She correctly states that the early LGBTQ+ movement in the 1970s was “bound by politics of solidarity, and it had strong links to […] women’s liberation movements”. However, Fiennes fails to acknowledge, that women (of all sexualities) have experienced sexism and misogyny at the hands of gay men. Her initial statement is not wrong; but it is not the full picture and is therefore misleading.

Lastly, in a description of polyamorous Motsoalle relationships between women who also have male partners, Fiennes romanticises this culturally accepted sexual practice in Lesotho. This country has the second highest rate of HIV/AIDS in the world; and part of the reason why such a large proportion of those living with – and dying from – the virus are young women (29% of women, compared to 19% of men), is because a combination of poverty and normalised gender inequality means that many are subjected to sexual abuse by older men, who are statistically more likely to be living with HIV. As an indication, 8% of those aged 15-19 report having sex with a man 10 or more years older than them, 13% of women aged 15-24 in Lesotho are living with HIV and Lesotho is documented as having one of the highest rates of rape in the world. As such, sexual health practices in Lesotho, should not be analysed through a narrow lens.

Overall, Behind Closed Doors: Sex Education Transformed goes beyond old-fashioned attitudes and information and starts to unpack the multiple and overlapping inequalities that impact our sexual lives. The arguments Fiennes makes can be inconsistent, sometimes naive and occasionally misleading. The book’s pick ‘n’ mix approach has led to a few glaring omissions, such as Fiennes’ failure to address misogyny among gay men. Personally, I would have been interested to read an unpicking of the heavy judgement that people who menstruate may face if they decide not to use their fertility as society expects them to; and no discussion of the impact that choices surrounding child-bearing, childbirth and child-rearing can have on the sexuality of people who have children.

Nevertheless, this book contains useful food for thought, and will help to give younger adults an introductory contextual awareness of many of the issues that affect their sexual attitudes and behaviours. It’s not ground-breaking but it’s accessible and it will provide some people with the information and language they need to open up very necessary conversations.

Behind Closed Doors: Sex Education Transformed by Natalie Fiennes is published by Pluto Press and is available to purchase here.

All online sources were accessed in the second half of October 2020.

There are two images in this piece. The first image is of the book’s cover. It shows a yellow background with a bright orange peach, the peach is cut open to resemble a heart and the stone is exposed in the middle. The second picture is of the author. The photograph is black and white and shows a close up of Fiennes’ face as she looks directly into the camera. She has dark shoulder length hair. Used with permission, courtesy of Pluto Press.