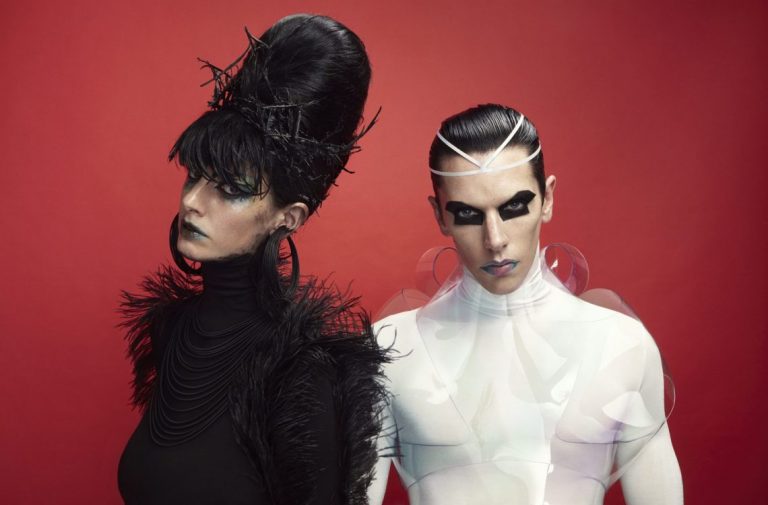 Are you rich enough to work?

In March 2017 I found out I was pregnant. Woohoo! Two weeks later, I found out that I, along with my partner-in-creative-crime, George, had won a theatre commission to write our first mainstage musical. Double woohoo! Feeling very lucky to be able to be growing a new life and new creative ideas, I entered the joys of spring, with a spring in my step, and a step change full of joy and new creation ahead of me. (Eat that patter, Lin-Manuel.)

Once my joy had turned into five-month-old Joy (my child), I began getting back to work. To start with this meant relying on Grandparent Daycare™, but by the time Joy was nine-months-old it was obvious I needed more than two days a week to write a full-length musical. Ask Sondheim, he’d agree. So we entered the world of paid childcare.

Joy starting childcare was quite honestly life-changing. I had time to breathe, think, work, and Joy had other kids to play with and learn from. It felt so liberating. Until we got the invoices.

According to OECD’s 2019 report, the UK has the most expensive childcare system in the world, and according to Pregnant Then Screwed’s 2020 report, over a third of people surveyed in the UK said they just broke even or made a financial loss by returning to work after pregnancy. There is something very wrong with losing money by going back to work. Work should not be a privilege of the rich.

When you can’t afford the childcare you need, you basically have two choices: don’t work or work more in less time. Financially, the first option only works if a) you have a partner and b) they earn enough to support you. It also doesn’t solve the issue of wanting to work or progressing in your career. If you go for the equally unappealing second option then you can expect to have to perform a plate juggling act that the Moscow State Circus would be proud of: tightening the purse strings while working fewer hours (which means doing the same job in half the time and on half the salary) and relying on family, friends and favours. All of this in itself takes so much time and energy to arrange. For the first three years of Joy’s life I swear I spent more time on my Google calendar than I did wiping her arse.

The government does offer help with the Tax-Free Childcare scheme, where they pay 20% of fees (up to a maximum of £2000 a year). This is definitely helpful, but a 20%-off coupon doesn’t cover the whole meal now, does it?

It’s OK, though, stressed-out parents, because from three-years-old you’ll have reached the Holy Grail: 30 hours ‘free’ childcare! I write ‘free’ because, dear reader, it ain’t. What it really means is that the government subsidises the hourly cost. So Joy’s three days a week cost £363.83 per month now as opposed to £900. Don’t get me wrong, this is very helpful, but it isn’t, as I was led to believe, free. But semantics aside, who can actually wait three years to start work?! Certainly not me.

“So how did you make it work?” I hear you cry. ‘How did you manage to raise a child and create a queer, feminist, sci-fi musical about the survival of the human race?” Well, it’s because I’m extremely privileged. I am a middle-class woman, with a very supportive partner, parents who were able to help, and we got an Arts Council grant towards making the show, which included money for extra childcare. Even with all this help it was a massive struggle, and at times I genuinely considered if working was actually worth it. I can’t imagine what this must be like for women without my privileges. I salute you all.

We shouldn’t need to be rich to work. This is dreadful. And it needs fixing.

So here’s my radical (read: not at all radical) idea: make early years childcare completely free. Just like school is free. Pay childcare staff an actual living wage with government-backed pensions. And while I’m at it, make all wraparound childcare for school age kids free too. Whose working day ends at 3pm for God’s sake? Not even teachers. The system doesn’t work; parents can’t afford it, and childcare workers don’t get paid enough. Government needs to help.

“But where would the money come from to pay for this, you left-wing idealist?” I don’t know, I’m not Rishi ‘married-to-a-multimillionaire’ Sunak. But I can’t help but speculate that a quick audit of some large corporations’ taxes, not giving away healthcare contracts to mates, and closing off loopholes to offshore tax havens, might be a place to start.

Being a parent is never going to be easy, but I just can’t help but think how many more incredible ideas, organisations, artistic creations and progressive change there could be in the UK if the government subsidised childcare properly. We have to make changes. Make childcare free, pay childcare workers properly, stop penalising mothers.

I’ll end with a quote from the magnificent Hot Brown Honeys, an Australian-based performance collective of Global First Nations Women and Women of Colour. They have a phrase which reverberates with me now, more than ever: “The revolution cannot happen without childcare.”

Liv Morris is a theatre-maker, musician and performer and one half of satirical musical duo Bourgeois & Maurice. The original cast recording of their debut musical Insane Animals will be available on music streaming platforms from Monday 1 March 2021.

A note on the use of ‘insane’ from Liv Morris: In short, it’s a quote from Nietzsche, who uses it as a way of describing humankind: “I fear that the animals regard man as a creature of their own kind which has in a highly dangerous fashion lost its healthy animal reason – as the insane animal, as the laughing animal, as the weeping animal, as the unhappy animal.”

We were particularly struck with how Nietzsche describes humanity’s cerebral abilities and to be able to feel deep emotions, as something “highly dangerous”. We then looked into definitions of insanity and to be ‘insane’, and its contemporary use, and were really interested in how it is often used to refer to people who go against societal norms. This felt very powerful to us, and represented a lot of the subversive, queer attitudes of the show. Since the show is all about humanity as a species, the whole show is a celebration of the power of the human mind, and how stepping outside of perceived accepted ‘normality’ is the way we always have and will continue to progress. We did think about the title a lot and whether it was potentially disableist or not, but the point of the show, and indeed in using this as the title, is to celebrate the mind in all its complex glory.

The feature image is a publicity shot for Insane Animals and is by Gustavo Papaleo. It shows Bourgeois on the right wearing white and Maurice (Liv Morris) on the left wearing black and with a very high beehive hairstyle. They both have strong eye makeup and look very seriously at the camera. They are against a red background.

Editor’s note: a sentence was slightly changed in this post shortly after publishing in case it was upsetting to people with fertility issues.