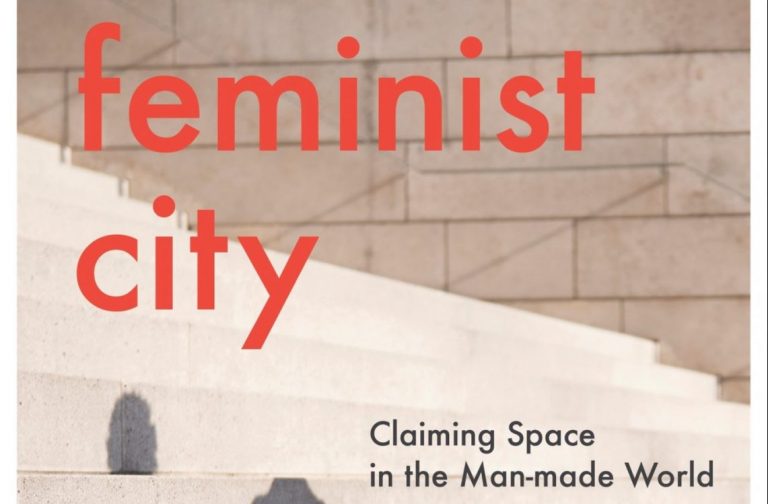 I’ve lived in cities all my life. The city is where I feel at home. But as a woman, I’ve also got an uneasy relationship with the city. As I became a teenager in London, streets became sites of catcalling where I suddenly felt on display. And despite wishing otherwise, I still feel apprehensive when men I don’t know approach me in public.

It seems that being unable to fully relax in a public space is a feeling to which many women can relate. A staggering four in five of women in the UK aged 18-24 have been sexually harassed, according to one recent study. The murder of Sarah Everard, who vanished while walking home at night in south London, is a recent reminder to many women that gender-based violence in public spaces is still a very real threat.

These are the ideas and experiences explored by Leslie Kern in her recent book, Feminist City: Claiming Space in a Man-Made World. Kern, an Associate Professor of Geography and Environment, argues that women experience cities differently to men. Through five thematic chapters, Kern draws on her own experiences of being a woman in London, New York and Toronto to explore how the gender identities of women shape how they navigate the city and the decisions they are required to make within it.

Importantly, Kern shows how sexism in cities is also inextricably linked to other systems of privilege and oppression, particularly racism, classism, homophobia and ableism. Alongside this, Kern shares visions of what alternative “feminist” urban worlds could look like.

The problem, Kern tells us, is that we live in “a city of men”: our cities were built by and for men who continue to be the primary decision-makers. Choices about everything from urban economic policy to housing design, school placements to bus seating and even snow removal are still predominantly made by men – as mayors, heads of urban planning, architects, police chiefs or in other lead civic roles. In this context , women’s bodies, comfort and safety are often neglected.

Women’s second-class status is also reinforced “through an actual, material geography of exclusion”, writes Kern. Built environments reflect the social relations of the societies that construct them. In Kern’s home city of Toronto, gender bias even influences the height and position of skyscrapers, which are built according to guidelines on how wind affects an average adult cis male body.

According to Kern, this is nothing new: women have always been seen as a “problem for the modern city”. She points to Victorian England where a woman alone on the street would often being mistaken for a “public woman” (sex worker), who, in the context of a misogynistic and sexually repressed Victorian society, embodied the ‘fallen woman’. These women were perceived as harbingers of literal and moral disease capable of corrupting “good men”, “destroy[ing] the family” and “shak[ing] the foundations of society.” In the name of city improvement, these women’s bodies were in need of “control” and “re-education”. Narratives of sexual danger meanwhile pushed many upper- and middle-class white women out to the suburbs or countryside, where they could live safely and “respectably”.

Instead of more police in our cities, what women need, Kern tells us, is to dismantle fear as a historical “tactic of social control”

While cities have historically afforded women new freedoms, Kern writes, these freedoms have also been met with a moral panic that has sought to police, control and contain women’s bodies in new ways. In the wake of Sarah Everard’s death and the subsequent police violence against protestors, her observations about who has a right to simply exist in the city feel particularly poignant.

Kern dedicates a chapter to the fear women often face in cities. She acknowledges that women are much more likely to experience violence at the hands of people known to them, in private spaces such as the home. But even so, women’s “geography of fear” – what Kern defines as “that mental map of safety and danger that every woman carries in her mind” – still governs many of their choices, from taking longer but better-lit routes home, to turning down job opportunities so as to avoid travelling after dark.

Kern also notes how women of colour report higher levels of harassment and violence than white women, but benefit the least from cities’ authorities’ drives to improve women’s safety. In fact, Kern suggests that women’s safety is often used as a “justification” for the increased policing of marginalised communities in many cities. Far from making urban spaces safer, the presence of police officers is “especially worrisome” for women of colour and racialised communities, who are disproportionately targeted by police and state violence.

Instead of more police in our cities, what women need, Kern tells us, is to dismantle fear as a historical “tactic of social control”. This has already been achieved by women in cities across the world. Through direct-action campaigning, women have pushed back against gendered violence, or the “socially reinforced fears” that keep them from inhabiting their urban surroundings. Kern also imagines alternative models of justice involving prison abolition. But perhaps most central of all, Kern’s feminist vision of a safer city is one where “listening to and believing women” is standard practice.

Beyond women’s fear, however, Kern’s book also poses broader questions about urban life in the wake of lockdowns. The pandemic, it seems, has led to the ‘discovery’ of certain gendered urban infrastructural issues amongst the wider public.

One has been the provision of public toilets. Lockdown has meant many people are using outdoor public spaces differently, spending time in the park only to find there are few, if any, public toilets nearby. Most women don’t feel comfortable hiding behind a tree. As Kern points out, “relieving ourselves takes longer”, might involve “menstruation needs”, or require a “major adjustment of clothing”.

A lack of access to toilets makes life harder for those who most acutely rely on them, such as homeless, elderly or disabled people, people caring for children and the trans community who are already excluded from many gender-segregated public toilets. In Kern’s feminist city, toilets for people of all needs and gender identities would be a fundamental part of city planning, and not just provided by private cafes or restaurants. The pandemic has also exposed how reliant our economies are on women’s unpaid care work. During lockdown, women in the UK picked up more of the household chores, childcare and schooling than men, and consequently spent less time on paid work than men. Even before lockdown, access to affordable childcare in many cities was limited. Instead of investing in childcare services, neoliberalism’s answer to this care deficit has been to offer solutions which are “market-based”, writes Kern. As a result, families in the UK have to find an average of £242 per week if they want to send a child under two to nursery full time.

This gaping lack of public care and infrastructure in our cities “deepens inequality among women”, says Kern. More affluent women outsource the work of social reproduction onto others: typically immigrant women or women of colour, who are unable to afford childcare for their own families.

Feminist City
misses an opportunity to highlight another glaring issue for women in cities: access to affordable housing

When the pandemic ends, it’s clear we urgently need to reimagine the built environment in ways that take care work seriously and distribute labour more evenly. As Kern says, “a feminist city must look to the creative tools that women have always used to support one another and find ways to build that support into the very fabric of the urban world.”

Given present discussions of women’s safety in the city and how societies might change after the pandemic, Kern’s work is a noteworthy book for our times. However, for all its merits, Feminist City misses an opportunity to highlight another glaring issue for women in cities: access to affordable housing. Kern acknowledges that “visions of the non-sexist city often centre on housing”, yet nowhere does she fully discuss housing as a problem on its own, even though housing crises in cities across the world disproportionately impact women.

Even before the economic degradation brought about by the government’s insufficient financial support for many people during the pandemic, women in the UK were less able to afford housing costs. This is a burden carried on top of gender pay inequality as well as women’s unpaid childcare responsibilities. Kern notes that women make up the majority of social housing tenants in the UK, but women and single mothers are also overrepresented in statutory homelessness and temporary accommodation too, especially in London.

Kern only hints that a city can only be feminist if it is also anti-capitalist. Perhaps what I was expecting from Feminist City was a closer examination of urban development processes in cities under capitalism and how this intersects with gender-based issues. But what Kern’s book does best is centre the lived experiences of women in cities – their fears, discomfort and lack of access to basic services – but in answer to the question, “What does a just built environment look like?”, Kern could focus more on the ways in which capital drives urban transformation and dictates who belongs in the city.

Feminist City is published by Verso and available for purchase here.

The header image shows part of the book cover of Feminist City. The title is written in salmon pink with a background image which shows white stone steps. The author image shows Leslie Kern beside some plants with a colourful mural in the background. The photo is credited to Mitchel Raphael and used with permission from Verso.