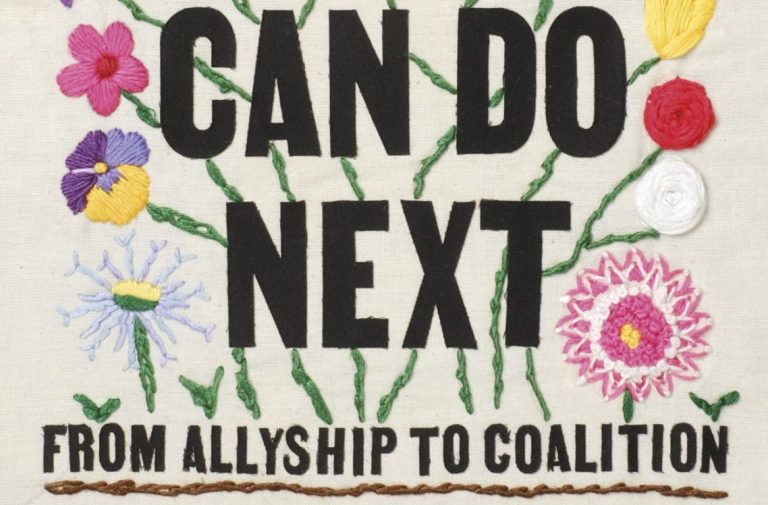 Dabiri’s work is always one step ahead

When I first heard about What White People Can Do Next, I was disappointed with its title and reluctant to engage in a book which seemed to propose centering white people’s everyday actions as the solution of racism, instead of building international solidarities against the multifaceted nature of racism. But my disappointment was completely diminished upon reading. I have been following Emma Dabiri’s work since I was a teenager, watching her present Channel 4’s Is Love Racist? back in 2017. Dabiri inspired me to study politics and in my first year of university I read her masterpiece Don’t Touch My Hair. Afterwards, I moved to reading the swathes of radical, anti-imperialist and anti-capitalist literature mentioned in the book. And What What People Can Do Next has continued Dabiri’s streak of writing great books on anti-racism. Everything I thought would be evaded in this book was addressed and articulated almost perfectly, from anti-capitalism to the value of reading fiction. For the revolutionary socialists who are tired of reading what white people’s roles are in tackling racism, I can promise that this book does anything but pander to the narrative of centring white people in conversations about racism.

The commercialisation of anti-racist guides has been critiqued for profiting from racism.  They are often sold as neatly packaged books which white people can read to absolve their guilt and look the part of an anti-racist (whatever that means) when riding the bus. Initially, the idea of allyship was the most off-putting aspect of the book, but Dabiri’s genius did not disappoint as she essentially condemns the word herself, and admits to the book’s misleading title, “Honestly, the word ‘ally’ itself jarred with me; I didn’t – I still don’t – like it. The power dynamic it reproduces makes me feel icky, and I’ve seen way too many guides talking about the ‘ally’ and the ‘victim’”. Dabiri goes further to call out allyship for its patronising tendencies, relaying her experiences of white people constantly asking what they can ‘do’ during the Black Lives Matter protests in 2020. Based on these experiences, Dabiri’s book dissects allyship and perceives it as a useless and performative notion which exudes charitable sentiment in lieu of real anti-racist solidarity.

[Dabiri’s] grammatical choices are fully explained, for example expressing classifications such as ‘white’ in inverted commas to disturb rigid categorisation At this point, I was immersed in What White People Can Do Next, not only because Dabiri had stayed true to her radical politics by smearing the performative idea of allyship, but because of how digestible the text was. As a university student I am used to reading a lot of unnecessary academic jargon, but Dabiri’s sentences were well articulated and straight to the point. After reading Racecraft, another book which refutes the biological understanding of race, I gained a better insight to dispelling the scientific myth of ‘race’. It took me a while to grasp this concept, but Dabiri directly references Barbara J Fields, one of the authors of Racecraft, perfectly summarising the academically dense book in a couple of simple paragraphs, “Race was invented to create racist beliefs”, Dabiri solidifies. Ultimately, she has perfected and reduced the myths of race into comprehensible sentences, a format which is essential for mass education and too often ignored in academia.

Dabiri’s work is always one step ahead. Not only is the book accessible in terms of language, but Dabiri also adds a personal, witty touch since reading dense and information heavy texts can be dull and demotivating. Even the grammatical choices are fully explained, for example expressing classifications such as ‘white’ in inverted commas to disturb rigid categorisation. It also doesn’t hurt that Dabiri mixes Dublin slang with brazen swear words, making the text more invigorating and compelling to read. I’m more likely going to enjoy a text that tells me short and sweet that capitalism needs to be “fucking interrogated” rather than adopting wordy jargon.

One of the most crucial aspects of Dabiri’s book is her consideration of racialisation. Since the narrative of race as a social construct is regularly stated with little analysis as to what this actually means, Dabiri demonstrates a unique way in expressing what being racialised as “black” or “white” actually entails. Drawing on her experiences in the US, Dublin and London, she explains why context matters, “In many ways, it is through my experience of living in different countries that I know first-hand that we cannot just theorise about one place and apply our ideas to another.”

If an imperative of revolutionary politics is mass education, Dabiri boldly offers a starting point with this book

Dabiri talks about the different forms of racism which are expressed in different locations and warns against the generalisations about experiences of racism. From this, she stresses the “fictitiousness of ‘whiteness'”, essentially encouraging readers to dispel binary and reductive categorisations of “black” and “white”. It is hard to subvert categories which have been ideologically reinforced for centuries, but Dabiri’s explanations of these harmful binaries are well executed, “Racial categories were invented to enshrine the idea of white supremacy”, she writes “They are the product of eurocentrism and colonialism. To act in ways that reinforce their fixedness rather than undermine them is to continue to operate in the terrain mapped out by white supremacy”.

Dabiri scrutinises liberal and performative anti-racist acts – like publicly calling out brands for ‘diversity’ – and explains capitalism as intrinsic to racism. The anti-racism guide genre has offered lots of ways to ‘avoid’ being racist, from standing up for your black and brown racialised friends to recognising microaggressions and checking privilege. Through providing an easy-to-follow historical account of capitalism, settler colonialism and racial ordering, What White People Can Do Next becomes one of the few recent, bitesize anti-racist books which directly interrogates capitalism and class as maintaining white supremacy.

Laid out plainly in the section “Read, Read, Read – and Dance”, Dabiri suggests reading the works which constitute the Black Radical Tradition as a pragmatic and influential step to revolutionary anti-racist change. I have previously expressed my doubts about the idea that reading purely non-fiction can help people to imagine a world without categorisation and I was glad to see Dabiri express the same sentiments about the value of reading fiction, “if you do want to better understand the interiority of black characters through books, read fiction.”

If an imperative of revolutionary politics is mass education, Dabiri boldly offers a starting point with this book. That’s not to say that the Black Radical Tradition and other texts should be substituted for summaries or a mere introduction into revolutionary texts. After all, Dabiri herself dedicates a section of her essay to reading. However, Dabiri’s essay provides a captivating and persuasive argument to pragmatically diminish white supremacy beyond reflecting on microaggressions.

What White People Can do Next subverted my expectations and certainly does not fit into the conventional anti-racist guide genre. That’s not to say the essay is an absolute and perfect guide to ridding the world of racism, but it offers a simple and informal starting point for people who are not a fan of reading non-fiction texts. The essay provides historical backgrounds which are key to understanding how racism is so deeply entrenched in society and names the systems which must be analysed when discussing racism: imperialism, colonialism, patriarchy and other “bourgeois individualist institutions.” Contrary to the book’s title, Dabiri does not center whiteness and instead utilises her clickbaity title to confront white people on the issue of revolutionary socialism. This book is not a disappointment, but a crucial read.

What White People Can Do Next is published by Penguin Books and available for purchase here.

The first image shows a cropped version of the cover of Emma Dabiri’s book. The second image shows the cover in full. “What White People Can Do Next From Allyship To Coalition” is written in bold black font on a background of colourful embroidered flowers. The third image shows Emma Dabiri in a pink floral dress standing in front of a bright pink wall. This photo is by Stuart Simpson, used with permission, courtesy of Penguin Books.