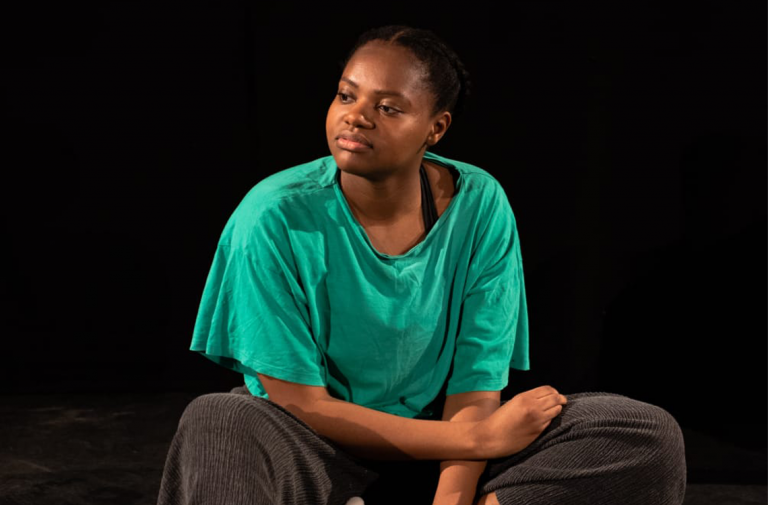 This year’s much-reduced festival fringe ended last week. There is no consensus in the press and industry on whether a smaller fringe is better, but it seems that most are hoping for a more sustainable festival at the very least. Following on from Lissy’s suggestion that the market forces that previously made the Fringe bigger and more expensive each year haven’t disappeared, I am not personally optimistic that sustainability and accessibility will be the focus of future festivals when there is so much money to be made by expanding. The double-edged sword of the festival has long been that it’s not curated. This does mean that anyone can bring their odd and exciting shows up, as long as they can figure out the finances. However, with the expense always rising, and now with travel becoming more difficult, only the richest and best-networked are able to perform at all. This makes it all the more important to keep pushing for artist support and funding for everyone.

Whatever the Fringe’s future, this year has seen a great run for many. I want to say a huge congratulations to everyone involved, from venue teams to flyerers to the Fringe Society. It has been wonderful to come back and see so many excellent shows. The dedication and energy put into making the fringe happen has been even more visible in these difficult circumstances, and I’m very grateful for it going ahead. While the below shows have all finished their festival run, I would recommend keeping an eye out for each of them on tour and their future work. Many regular fringe-goers will know standup Kate Smurthwaite from her annual up-to-the-minute political comedy. This year, however, she begins by admitting that while she did intend to continue in that vein, she eventually realised that maybe we’ve all had enough of current affairs for now. Instead, she tells the story of her own lockdown experiences and proves herself right by delivering a brilliant show.

Naturally, most of the observational comedy on offer at the moment is derived from how comics have spent their pandemic. Thankfully for us, Smurthwaite has had a pretty incredible two years, spending much of it working ‘from home’ on a near-abandoned island resort in the Maldives. Her stories are extraordinary but she keeps them relatable and funny, and knows exactly which parts not to force into a joke; there’s a nice balance between the scary reality of some of her experiences and the absurdity of how she was living.

Smurthwaite’s skill, developed through years of fringe performing, is clear. She’s great with her audience, however unexpectedly they might respond or interject, and is a master at creating a relaxed atmosphere. Not every joke hits the mark and, as she herself notes, it can be hard to sympathise with some of her predicaments, given that they did happen on a tropical resort. Overall, though, this a great hour of standup and one of the best comedy shows on offer at this year’s festival.

In Ask a Stripper, show creator and former stripper Stacey Clare gives you the opportunity to ask anything you’ve ever wanted to know about the industry and receive an honest answer. Hosted in a now shut-down strip club where she herself has performed, the audience is treated to an interactive show that is different every night, but that I suspect is always entertaining and illuminating in equal measure.

Clare is a very impressive performer. She begins in the audience, chatting casually in comfy clothes. This neatly cuts through the awkwardness of being in a strip club, and sets a precedent for comfortable interaction. The show starts with a striptease, and throughout the Q&A itself Clare sits naked on a chair onstage. This decision is very effective; Clare’s confidence and comfort in her choice to be naked cements her hold over the audience and she is a powerful presence in the room. Her performing experience is used to full effect and with the help of her ‘bouncer’, also an experienced stripper, she fosters an open atmosphere that never falls flat.

The questions at the performance I attend are varied, as are the audience. Topics covered range from unusual customers to working rights and unionisation. Clare’s ability to deal with the range of intent behind questions is impressive, and her responses are both funny and illuminating. The central point of the show is clear: harm reduction is essential and sex workers do not currently have the rights to which they are entitled. On these topics, she is frank, convincing and articulate. She’s also consistently funny and relatable. Clare has created both an excellent show and an ingenious way to spread the word.

Clare is campaigning for the Make All Women Safe Campaign and union USW. She is the author of The Ethical Stripper.

Patricia Gets Ready (for a Date With the Man Who Used to Hit Her) (Theatre)
Now finished, Pleasance @EICC In this monologue play by Martha Watson Allpress, Patricia has just run into her ex and inadvertently agreed to meet him that night. The show’s title is an exact description of its contents, and this directness is important. Not only does it function as a content note, but also it means there is no dramatic moment where the hard fact of Patricia’s experience is revealed. As a result, there is more space for the show to explore the deeply complex emotional state of the main character and, by extension, those who have experienced domestic abuse in real life. We sporadically learn the different details of Patricia’s former relationship, the way she acted with him and how the experience has affected her. However, more is revealed about her as a character: her warmth, her confidence and her relatability. From awkward jokes to the sex toy and books on the set that give layers to Patricia’s character, much is done to show that this ‘victim’ isn’t simple or feeble; she’s a complicated human being who makes understandable decisions.

This play is an immaculately crafted glimpse into the experience of a survivor of domestic abuse. By staging this journey in an intimate social media-style ‘get ready with me’ format, the show comes very close to sharing an unknowable experience, enhanced by thoughtful direction from Kaleya Baxe.

The moment that solidifies this show’s power is a short spoken word section at the end, where deeply impressive actress Angelina Chudi breaks character to deliver a hard-hitting piece on the false image of the ‘battered woman’. This change in format makes the anger driving the show explicit and elevates it from a beautifully written play to a piece of theatre that also shouts its intentions and advocates for those who are rarely represented.

Slings and Arrows is a simply-staged play that tells the story of Jackie, a woman who has had a difficult life. Through a combination of monologues, narration and short character scenes, we learn about Jackie’s upbringing, struggles, and mistakes. We also find out about those who supported or ignored her along the way. This is a partially devised piece created with members of Raised Voices, an Edinburgh charity that provides creative writing and performance workshops for homeless people in Edinburgh, staging regular shows with members.

Underpinned by a very strong central performance by Katie Greenie as Jackie, the show is simple but affecting, with many audience members becoming emotional while watching. Simple direction and minimal props leave space for a wide range of performance styles from the cast, meaning performers are free to work in their own ways, either on or offstage. This results in a relaxed atmosphere for those watching the show as well as evidently helping the cast perform more comfortably. There are, however, some issues with audibility of offstage narration, and a few awkward transitions between scenes.

As the show’s programme puts it: “Whilst all the characters in this drama are fictional, the events are not. They have all been experienced by those associated with Raised Voices, and so many more besides.” Slings and Arrows is not a traditional tightly-directed play, but it shares the experiences of many who rarely get the opportunity and, via Raised Voices, arguably does so on their own terms. This year’s show from Daphna Baram is an account of her time during the pandemic, a defining moment of which was a visit to family in Israel coinciding with renewed bombing and raids in Jerusalem, her hometown. This isn’t the only story she has to tell, and it is counterbalanced by more trivial concerns and revelations on her personality brought out by lockdown in London.

Baram’s material is strong, and her ability to keep an audience hooked on a story is enviable. This reaches full force when she relates how her mother lost an arm, from which she pivots at a key moment, keeping the audience avidly holding on for the conclusion. However, this handle on the crowd doesn’t quite stay true throughout the entire hour, and the show would benefit from some smoother transitions between topics.

Overall, Unmuted is a lovely and thought-provoking hour of comedy. There’s a recognition of the harshness of the world, softened by a reliable uptick towards the funnier side of things. Baram’s delivery is a little shaky at times, but she’s found a way to talk about the parts of her life that could be deeply divisive, by acknowledging the reality and keeping it funny. It’s an impressive feat, and a fun show.

Baram is now touring Unmuted and it will be coming to the Museum of Comedy on 22 October as well as featuring in the Jewish Fringe Festival Tsitsit.

Image 1, the feature image, is by Korey. J Ryan. It is a production shot from the show Patricia Gets Ready and shows a woman (actress Angelina Chudi) sat cross-legged on the floor in comfortable clothes. She is looking to the left and the camera is looking down at her.

Image 2 is from Kate Smurthwaite: Last Mayor of Fihalhohi and is by James Farr. It shows Kate Smurthwaite sat on a catamaran, looking to her right at the sea. She is at the water’s edge on a sunny tropical beach with white sand and a bright blue sea.

Image 3 is from Patricia Gets Ready and is by Libby Mai. It shows actress Angelina Chudi outside on a street. She is wearing a stripy top, a pencil skirt and red lipstick. She is facing the camera and exhaling with her lips pursed.

Image 4 is of Daphna Baram and is by Steve Best. Baram is against a white background with her hands on her hips. She is wearing a patterned red dress that matches her lipstick and the red streaks in her hair. She is smiling and looking at the camera.