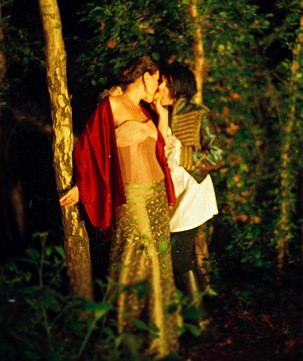 Thanks to its somewhat stuffy reputation, you’d be forgiven for not knowing that there is a long tradition of gender-bending in classical music.

Countless opera plots, for example, centre around a slim-hipped mezzo-soprano having to dress as a boy for the flimsiest of reasons, and there is a wealth of music composed for the castrati voice.

Although the sexing-up of classical music in the past 20 years has been largely heterocentric, the appearance of En Travesti Ensemble on London’s music scene is about to change that.

The chapel of King’s College was the setting for this month’s concert, ‘Love: Sacred and Profane’, and the elaborate room was a perfect backdrop for the combined talents of mezzo-soprano C.N Lester, soprano Anne Rebecca Højlund clad in a dramatic purple corset and floorlength skirt, and Philip D. Lawton on the harpsichord. Lawton’s jacket wasn’t quite as impressive as Højlund’s outfit, resembling curtains more than the gilded 18th century look he was clearly going for, but he gets points for effort.