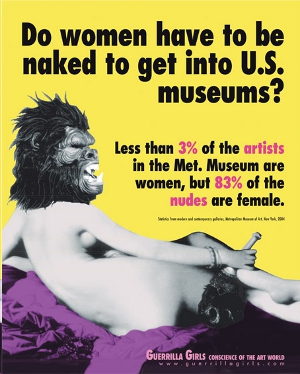 It’s hard to know where to start with Brian Sewell’s preview of Tracey Emin’s retrospective at the Hayward Gallery.

One can’t help wondering if Sewell realised how much of a sexist ass he was making himself out to be.

Such as when he patronisingly says that Emin uses the word cunt in her works only for “the small shock value that it may still have”. Then he approvingly lists various male artists and writers who he judges to be using the word cunt in an appropriately educated manner.

This is probably the most precious quote in the ‘review’:

…a carefully posed photograph of Miss Emin enthralling us with legs wide apart stuffing banknotes into her vagina? For this there is a classical precedent in that Danaë, consequently mother of Perseus, was seduced by Zeus metamorphosed into a shower of gold – a not uncommon subject in Renaissance painting, an allegory of prostitution and an opportunity for mild pornography tinged with wry male humour – but, as Miss Emin shows no evidence of education, it is to be doubted that she knows of it and the kinship of imagery is mere coincidence.

Obviously Emin couldn’t be aware of one of the most well-known subjects of art and literature. Sewell is the first person to think of the comparison! She’s barely been into an art gallery before!

Sewell goes on to praise other artists and writers – all men – and criticise the two women quoted in the catalogue for Emin’s show, who are set to give talks. The brilliant author Ali Smith’s contribution is dismissed as “ekphrastic bilge”, while academic Jennifer Doyle is lambasted for identifying too much with Emin’s subject matter. 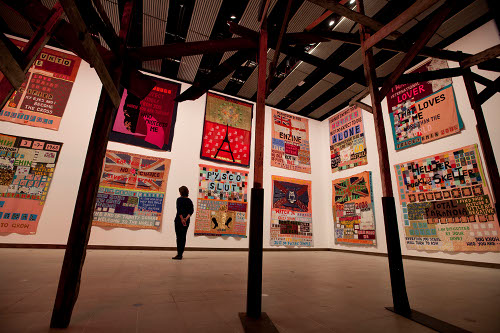 And that’s the crux of it. Sewell is deeply discomforted by artwork with which he can’t engage on a personal level, having got used to the precedent that ‘great’ art and literature is by men and, even when it takes a woman as its subject matter, she is observed through the male eye. Emin’s work demands more, because her art sometimes touches on issues such as rape (and not in the form of an ancient Greek myth sanitised through allegory and the distancing effect of hundreds of years), abortion, sex, menopause. Making any art about these issues, from Sewell’s perspective, represents “miserable self-concern”.

In reality, it is Sewell who shows himself to be self-absorbed, because he can only appreciate art in which he can see his own reflection:

In truth, I feel nothing for her relaxations of the sphincter of her bladder, nothing for her masturbation, nothing for her sexual conjugations, nothing for her abortions and nothing for her current menopausal state. I am utterly unmoved by all the means that she ineptly employs to mirror or narrate her various experiences, her silly patchwork blankets, her feeble scratchy monoprints and drawings, her Kodak Brownie photographs, her neon signs, videos and records of futile live performances, and her variations on the shed I see only as clear evidence of an arrested infantile craving for the aedicula – she should indeed have seen a psychiatrist in 1981, as was advised when she dropped out of the Medway College of Design.

But of course I have to call attention to Sewell’s unreconstructed, unreclaimed use of the word slut (not that he is in a position to do any reclaiming, having always been a wielder of this ‘insult’ and always protected by male privilege from having it used against him):

None of this is even slightly surprising: the more success that female artists accrue, the more blathering backlash we should expect.

Photo from the exhibition. Works copyright Tracey Emin, photo by David Levene, used with kind permission from the Southbank Centre