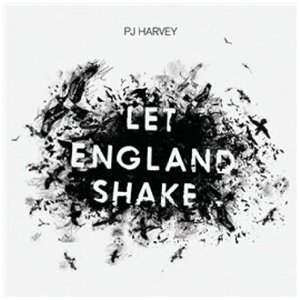 It has just been announced that PJ Harvey’s ‘Let England Shake’ has won the Mercury Music Prize 2011.

Harvey was one of five women nominated this year in what was initially regarded as a fairly conservative list (ie – people who’d been nominated before, commercial big hitters, not as many new artists as usual)and you can read one of many discussions of the nominated albums here.

Readers may recall that at the time of the Mercury shortlist being announced the writers at Wears The Trousers launched their own shortlist for what they were calling the Venus/No Penis prize, which was an all women shortlist, and which included many albums the writers felt had been overlooked this year. They were planning to announce the winner on the same day as the Mercury, but I can’t find it on the site yet, so I’m guessing they’re waiting until tomorrow. (It is, I should add, fluky in the extreme that I was able to blog this tonight, given my laptop died at the weekend and was basically given the last rites at the computer shop this morning…)

I can feel myself descending into incoherence, so I’ll shut up now…