UPDATE: The re-emergance of riot grrrl music and politics? 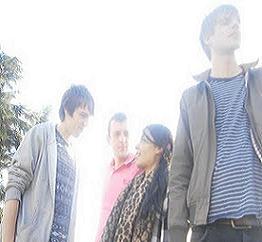 Since posting Hayley’s piece about the possible re-emergance of riot grrrl politics and music, a couple of interesting things have emerged to dovetail with the sentiments of the piece. Serendipity can be a wonderful thing sometimes.

Firstly, Hayley did an anti-Christmas edition of her radio show, Pigtails and Army Boots, on the theme of riot grrrl, it’s forerunners and its legacy. The result is a delicious confection of seventies punk bands like the Slits, X-Ray Spex and Siouxsie and the Banshees alongside the likes of Bikini Kill and Bratmobile, up to current bands like the Coathangers, Secret Rivals, Wild Flag and more. Inbetween songs Hayley talks about riot grrrl, its origins and its influence. You can listen to the playlist on soundcloud here:

Not long after the piece went up, I also heard back from Oxford band the Secret Rivals, who have a new single out on 16th Jan.

You can watch the video for ‘Once more with heart’ here.

Picture of the Secret Rivals taken from their website