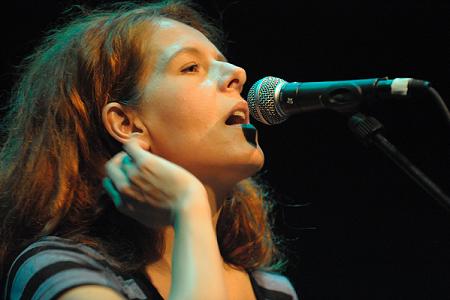 Song of the day: Neko Case – Hold on, hold on

Alternative country singer/songwriter Neko Case began her musical career playing the drums in ‘cuddlecore’ band Maow. Her debut album (released under Neko Case & Her Boyfriends), The Virginian firmly had its roots in country, but it was second album Furnace Room Lullaby, a more dynamic mix of country, folk and american gothic that caught peoples attention. Amongst other things, listeners to the John Peel show voted the heavily played ‘Twist the knife’ their number one in the Festive 50 in 2000.

‘Hold on, hold on’ is taken from the 2006 album Fox confessor brings the flood, Neko’s third solo album. One of Neko’s more personal songs, this searingly frank song is refreshing both in its honesty, and also in its independence.

The opening premise, “The most tender place in my heart, is for strangers…” in its potential nod to Tennessee Williams’ Blanche Dubois is soon turned on its head by the later lyric:

“I leave the party at 3am

This is not a lovelorn country ballad about a woman who can’t find a man, and who takes comfort in one night stands. It is more a tale of a woman content with her solo life, not looking for someone else, but who has found herself cast as as “Somebody’s inbetween girl”. It swaggers rather than sobs you could say, walks with dignity rather than weeps. It is, in short, thoroughly unrepentent in tone.

For readers searching for another country song with a wry take on the warm hearted, cool headed woman, try Maria McKee’s ‘Only Once’.

Picture of Neko Case performing live at the Paradiso in Amsterdam 2009 by Guus Krol. Deployed via a flickr creative commons licence

Video Commentary: The video is made up of a series of still images of Neko Case