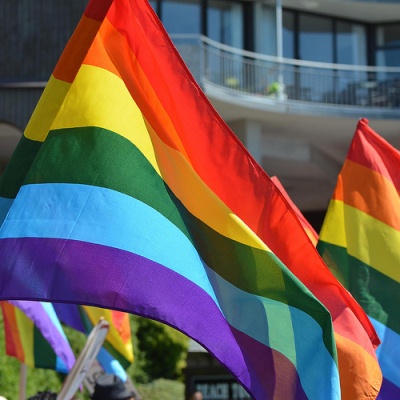 An Open Letter to Manchester Pride and Gaydar Radio

This is a guest post by marykmac. marykmac lives in the Northwest and can usually be found getting excited and making things, or being cross about cycling or gender. She tweets as @marykmac.

I saw over the weekend that you have announced Danny Dyer as one of the acts who will be performing in the Gaydar Main Arena at Manchester Pride this year.

The first thing I think of when I hear the name Danny Dyer is the Zoo magazine controversy two years ago, when the advice column published under his name suggested that a man asking how to get over a split with his girlfriend, “cut [his] ex’s face, and then no one will want her“. There was an outcry; Zoo and Dyer both apologised and blamed a production error. They simply couldn’t imagine how such a thing could have been published. Dyer stopped writing the column.

So I thought I’d find out a bit more about Dyer before I rushed to judgement. It turns out that it wasn’t the first time his column had suggested violence: don’t like the fact that your girlfriend doesn’t shave her pubes? Set ’em on fire! “The stuff goes up quick, like a thatched roof.”

Dyer also starred in the film Doghouse. You might have missed this one, but it was an attempt to capitalise on the success of Lesbian Vampire Killers, and follows the same “ordinary blokes like you and me kill women with maximum violence” format. A group of men encounter women infected by a virus which makes them man-hating cannibals. The whole point of this film is men triumphantly killing women: the trailer includes the line, “Let’s go down there and bash the living shit out of anything in a dress”, and there are male and female symbols in the logo. It’s not what you’d call subtle.

Danny Dyer himself might be a lovely guy. He might not be a “genuine woman-hater” as the person staffing the Gaydar Radio Twitter feed put it. He might be a brilliant boyfriend and a great dad. He’s definitely pro-gay, and has done a shoot for Attitude magazine and talked about how happy he is playing gay characters, in the face of criticism from straight male fans. Thing is, I don’t care. What is clear is that he’s got a substantial track record of participating in films and media that treat male violence against women casually, comically, and enthusiastically. That’s his brand.

So how is he a good choice for Manchester Pride, which is supposed to welcome lesbian, gay, bisexual and trans men and women equally?

I personally don’t want to see Danny Dyer uninvited from Pride (I can’t speak for others!). But I do want to understand how a man whose persona is all about overt misogyny, appealing to other men and being a “lads’ lad” was deemed a suitable booking for an inclusive event. Both Manchester Pride and Gaydar Radio have faced criticism for being overwhelmingly organised by and targeted at young gay men, with lesbian, bisexual and trans women being an awkward second thought. And Danny Dyer on the bill definitely doesn’t help that perception.

So these are my questions:

2. Why was the decision made to invite Danny Dyer? Was it based on the perception that he is popular with gay men?

3. Did those responsible for inviting Danny Dyer consider his controversial history? If so, what made you decide that Dyer had “paid his dues” and was an appropriate person to invite? If not, why not? Do you believe it is irrelevant, or did you just overlook it?

4. If you do have a policy of not inviting particular acts because they are known for misogyny, racism, homophobia, transphobia, disablism or any other form of hate speech or hate crime, where do you draw the line? Who is too racist, too misogynist, or too transphobic to hire?

5. How do you expect your partners and sponsors to respond to Dyer’s inclusion on the bill?

Lastly, I’d just like to say that I love Pride. I’ve taken part in Pride parades in Manchester, Dublin and Berlin, and I still find the experience of claiming the city for a day exhilarating and exciting and joyful. This year, I’m due to march in the parade on Saturday with a bunch of people from my employer, and I was looking forward to it. Now, I feel embarrassed by what I’ll be appearing to support.

If you ever find yourselves wondering why it’s hard to attract women to Pride, well, you might want to start here.

Photo of Pride flags by mag3737, shared under a Creative Commons licence.