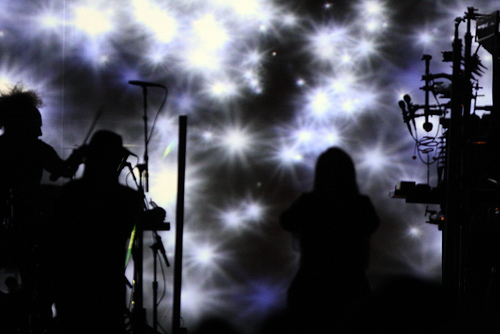 This extraordinary song was taken from Nicks 1981 solo album Belladonna and was written as she was grieving the loss of her uncle Jonathan, who had died of cancer the same week as John Lennon was killed.

The ‘white-winged dove’ lyrical motif was said by Nicks to refer to the spirit leaving the body, a comment that reflects the extent to which death and emotions around death lace through the song.

Almost stream of consciousness, the song transcends the usual bounderies of rock and is a far cry from the rest of Nicks output in both a solo capacity and with Fleetwood Mac. I have never seen Nicks live, but there are a large number of clips of her performing ‘Edge of 17’ live up on Youtube, and while the recorded version is just under six minutes in length, it appears to be not uncommon for Nicks and her band to extend the track to a good ten or fifteen minutes when performing it live.

The guitar riff from ‘Edge of 17’ was later sampled by Destiny’s Child on the track ‘Bootylicious’. and Nicks appears in the video playing guitar.

Picture of Stevie Nicks performing live in Sydney in 2011 by Eva Rinaldi, used via a flickr creative commons licence

Video commentary: This song doesn’t have a video, it is audio only. The image is a still of Stevie Nicks taken from the sleeve to her Crystal Visions best of compilaiton.