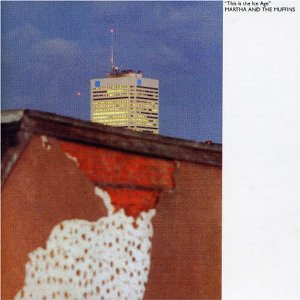 Song of the day: Martha and the Muffins – Women around the world at work

A single from Martha and the Muffins 1981 album This is the ice age, ‘Women around the world’ doesn’t match the bands earlier hit ‘Echo Beach’ in terms of sales and recognition, but it is a quiet masterpiece in its own right.

While title track ‘This is the ice age’ is a bleak but beautiful post punk soundscape that extends to just under an epic seven and a half minutes, the comparatively shorter ‘Women around the world at work’ is considerably choppier and bolshier in tone and sound. More a second wave feminist salute than post punk dystopeia, it’s still heartening to hear it today.

“In a hundred wars across the world, men and guns are said to rule the earth…” it begins, before turning its attention to the women who stayed behind, occasionally “chasing soldiers in a dangerous mood” amongst other things. The song takes the listener on a narrative journey through history, accompanied by a strong and choppy guitar riff, but it ends on a sobering note by pointing to the sex trade, suggesting that in a world where 12 year olds are sold for sex, both in 1981 and in 2012, we still have a long way to go.

Image is of the Martha and the Muffins album This is the ice age, from which ‘Women around the world at work’ is taken. Image shows a decaying and crumbling wall juxtapositioned against a distant tower block

Video commentary: Video is made up of black and white stills of the band performing live

This is the last post of our Song of the day series for now. Thank you for reading, listening and feeding back to us. It’s been great.