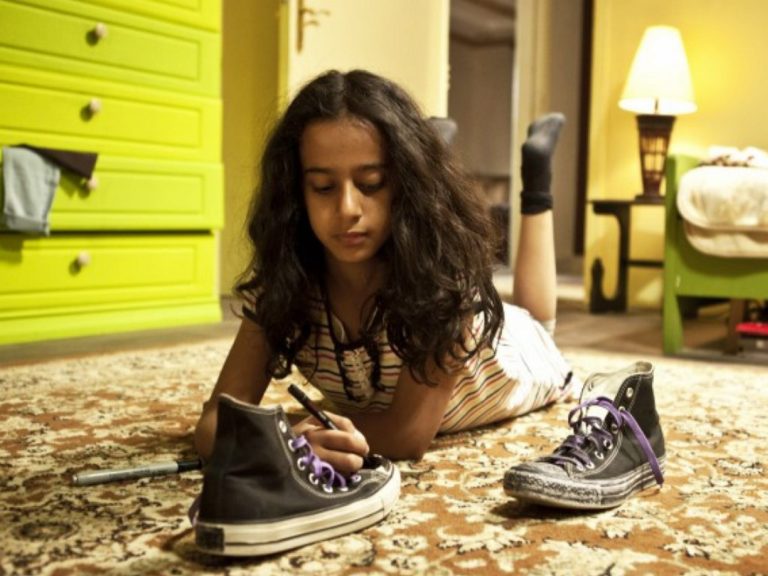 The revolutionary with a bike

Wadjda is the first feature film by a female Saudi director, Haifaa al-Mansour. It is shot with great precision: every veiled glance has significance and every touch is noted. It gives us a unique insight into the experiences and stories of women in Saudi society, ones we rarely get to hear. The strong female characters are played with real sensitivity and warmth.

Saudi Arabia is a country where women are not allowed to work with men, they are forbidden from driving and currently cannot vote. Walking around freely without a male chaperone is not permitted. Haifaa al-Mansour shot some of her film in the conservative districts from a van and directed it via walkie-talkie; this film on women’s rights in Saudi society is very much a labour of love.

Wadjda tells the tale of the eponymous young girl, artfully played by 12-year-old Waad Mohammed, as she tries to fundraise to buy a bike to compete with the boy next door, ending with her entering a Quran recitation competition. Wadjda is a bit of a misfit in school. Unlike the other young girls, she wears torn converse trainers under her burka and has her scarf draped carelessly over her head so her hair is not fully covered. She is an entirely sympathetic character and you cannot help but cheer on her act of rebellion as she secretly practises on her neighbour’s bike, despite her mother’s wishes. What is most apparent is her will, steadfast in the face of opposition (like that from her head teacher).

When I asked Haifaa al-Mansour in an interview after London press screening about the similarities between her and Wadjda, she said that when she was young she was also a bit of an “outsider”, but in different ways. Her family were seen as “too liberal”: they had a television, for example, which meant her friends were not permitted to play in her house. This sense of being an outsider enables a critique of the societal norms and values.

In my recent review of When I Saw You, I noted that it was through the eyes of a child that a subtle critique of the society was made; this is also the case in Wadjda. The child character can critique very complex issues of oppression and patriarchy from a position of innocence distance and the audience can draw their conclusions. It is perhaps more permissible for a child to play that role in their naivety than for an adult who must abide by the rules.

Wadjda stands out in school. She neither wears the right clothes to please her teachers nor does she partake in gossip or close friendships with the others girls. Her being a perennial outsider allows us to see what it is like to be exposed to the gender-specific forms of oppression (covering oneself or not being allowed to do certain activities) but also to understand what mechanisms she has at her disposal to express her identity and opposition to the norms.

Real progress can only be made through female solidarity, first and foremost

Wadjda’s pursuit of her bike becomes a symbol of her assertiveness and (unintended) rebellion. It is also a vehicle by which others around her express their judgement of women’s role in Saudi society: her headmistress is judgemental and dismissive at the thought of a girl riding a bike and her mother initially prohibits her to do so. Only the young boy who lives next door, who has a crush on her, offers to give her his bike. The innocence of youth has not yet been tainted by the hegemony of patriarchy that seeks to suppress a woman’s autonomy. 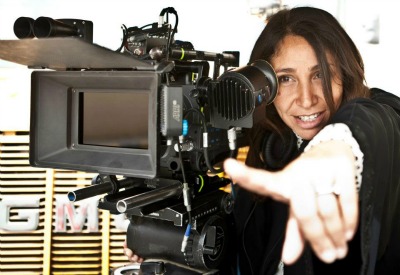 When interviewed, Haifaa comes across as very attached to the society she was brought up in and there is clearly much warmth and compassion. Perhaps this is partly because her own experience is different from the main character’s, as she has enjoyed comparatively more freedom and autonomy. I ask her if this film was her act of rebellion, subtle enough to be permissible in a society where women’s stories often go unheard. However, this is only part of it. The main reason she gives, which many artists would mention, is that she produces art based on what she has experienced. Growing up in a strictly segregated environment she heard and learnt from women and so this is her truth and her story to tell. Moreover, one cannot separate their political stance from their personal experiences so her feminism (and she does call herself a feminist) is rooted in highlighting the ways in which women are suppressed and hidden from society.

Through Wadjda’s eyes we observe the strained relationship between her parents. Wadjda’s mother, played with much warmth and compassion by Reem Abdullah, has not been able to have another child after Wadjda due to a very difficult labour and therefore hasn’t given birth to a son. For this reason her husband (Sultan Al Assaf) is looking for another wife. Haifaa calls Wadjda’s mother a “warrior” as she fights for her husband but will not put herself in danger of having another child: her boundaries are firm.

There are particularly touching scenes when Wadjda is helping her mother in the kitchen and they start singing together, as well as some moving moments when they are reciting the Quran together on the balcony. You can see where Wadjda learns to be a strong young girl, at the same time being a source of comfort and solace for her mother.

The fact that such film has been permitted might indicate progress, but the audience will be limited as public cinemas are banned

But the mother is a construct of the society she is born into and by internalising the patriarchy, she cannot consider Wadjda riding a bike because this is “not what girls do”, this is not acceptable. Ironically, it is through her that we see the repercussions of curtailing a woman’s freedom of movement. In Saudi society it is illegal for women to drive and so Wadjda’s mother is reliant on the male taxi driver. On a daily basis she endures the crowded group taxi. When the driver refuses to drive her, she has to plead with the school where she teaches in order to keep her job. 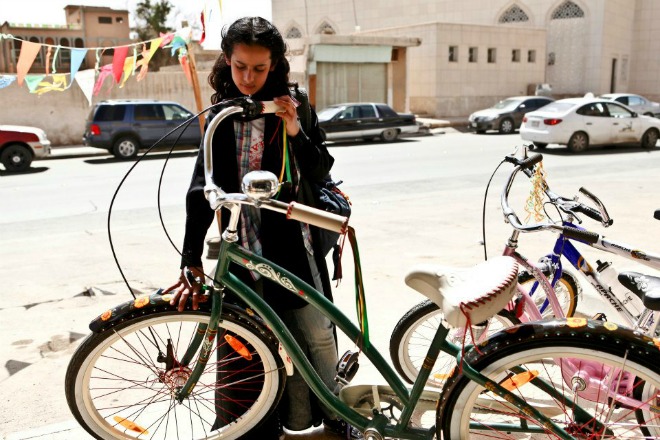 The coming of age element of the story is only part of this film. As central as Wadjda’s journey is, her mother’s is equally important. While her mother is a “warrior” in many respects, in the end it is Wadjda that saves her. Perhaps this says much about movements for gender equality wider than in Saudi Arabia – real progress can only be made through female solidarity, first and foremost.

When asked, Haifaa says that she feels “hopeful” for women’s rights in Saudi but the situation remains full of contradictions. The fact that such film has been permitted might indicate progress, but the audience will be limited as public cinemas are banned (the film will be released on DVD too). Next year women get the right to vote, yet they still can’t drive.

In this setting, art plays a particularly important role. Wadjda depicts the injustices within Saudi society and is a critique of its values. It has the potential, if the audience is wide enough, to help shift attitudes. Hopefully, this can stimulate further dialogue on women’s rights and allow this hidden world to be seen.

Haifaa al-Mansour, in her own way, is a quiet revolutionary.

Wadjda is released in UK cinemas from 19th July.

Video is the film’s official trailer.
All photos courtesy of Soda Films. Photos descriptions:
1/ A female-presenting child with long dark wavy hair is lying on the carpet of a nicely furnished room and painting a converse sneaker with a black marker. It’s Waad Mohammed as Wadjda.
2/ A woman with dark hair is standing behind a film camera facing the viewer, with her mouth open and gesticulating with her left hand. It is director Haifaa al-Mansour.
3/ A young person with long black hair is standing on the street, holding a bike. It’s Waad Mohammed as Wadjda.