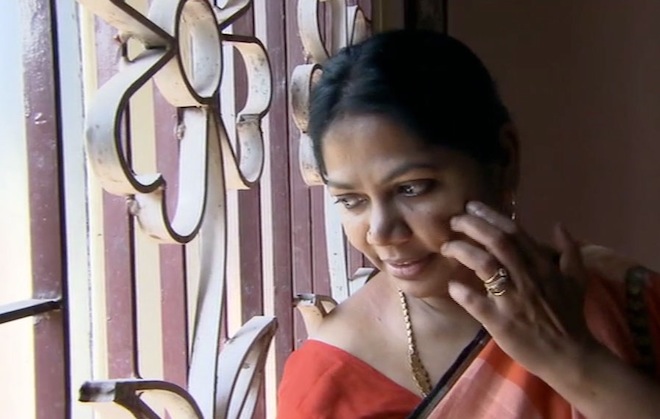 Back in her own back yard

“Salma is returning to the village where she was locked up by her family for 25 years.”

It’s the first subtitle in Kim Longinotto’s latest documentary Salma, nominee for the Grand Jury Prize for documentary at this year’s Sundance festival. In Longinotto’s experienced hands, the story of the best-known female poet in South India returning home from her time in state politics offers compelling emotional drama without melodrama: a combination of visual poetry and a burning sense of justice that mirrors Salma’s own.

India’s gender politics have featured frequently in the news of late, most recently following the gang rape of a female photo-journalist at work in Mumbai. Male-led comedy collective All India Bakchod produced a video that has gone viral, skewering mainstream attitudes as well as showing, according to its creators, that despite often racist coverage in Western media, “[Indian men are] not all idiots; a lot of us are on your side.”

This is Longinotto’s second documentary about grassroots Indian feminist pathbreakers, after Pink Saris (2010), which followed Sampat Pal and her Gulabi Gang of female enforcers defending lower caste women from domestic violence and social injustice. Salma, unlike Pink Saris, doesn’t deal specifically with rape culture. It does look closely at individual agents for change in the grey area between state legislation and familial and local custom, like Longinotto’s previous films about divorce law in Cameroon, Sisters in Law (2005), and about FGM in Kenya, The Day I Will Never Forget (2002). Like Vera Ngassa and Beatrice Ntuba, the groundbreaking legal eagles in Sisters in Law, Salma has not just made an escape for herself; she uses the platform she has fought for as a poet and politician to document and change the lives of others, monitoring underage marriages in her village and fighting for education.

The film begins with Salma in motion and at work, writing notes in the back of a taxi and crossing Tamil Nadu by train. Its genius is to follow this independent and celebrated writer and politician back to her ancestral village. At first, the story seems as simple as that stark subtitle: at puberty, girls in the village are removed from school and kept in the family house before being married in their early teens and then kept in their husbands’ family houses. Salma experienced this – and escaped. But as she reconnects with her mother, her aunt Jarina, who looked after her when she was a toddler, and her sister Nadjma, as well as Nadjma’s daughter Fatima and a teenage neighbour, two things become clear. First, Salma is still involved in the life of her family and the village. Second, social change will not be as simple as her heroic example, even as her sister and school best friend speak, with tears in their eyes, of their desire to be like her.

That Salma is heroic is unquestionable and emerges joyfully throughout the film with the story of how she became a poet against tremendous odds. Poetry is never secondary to her political career, but rather its springboard. Her husband Malik says he convinced her to stand for local council when he “realised she was gifted” after the publication of her first book.

Her direct, sensual and taboo-busting poems make their presence felt as the interior voice of the film, speaking about feelings and the body. Read by Salma in voiceover at first, they then appear onscreen when Salma recites directly to camera and finally reads aloud to her deeply uninterested and embarrassed teenage sons as they check Facebook. It’s a fascinating examination of the power of poetry on film, moving from the ‘cool’ non-diegetic presence, as the poems counterpoint photographs documenting Salma’s childhood and marriage, to an almost confrontational situation where we are challenged by her sons’ reactions to think about why such poetry makes people uncomfortable. That the poem Salma recites to camera, ‘The Contract’, ends with the word “yoni”, reclaiming its mythic meaning as something both spiritual and material that she experiences as a female writer, suggests something of their power.

Translated into English by Lakshmi Hölmstrom, the poem opens:

my sister will repeat in anger

that I am to blame

for all that goes wrong

It comes as a follow-up to the other poem heard in the film. In ‘New Bride, New Night’ the bride’s older sister “pushes her face inside / the purdah, and instructs her / on making love.” From the hopeful wedding day, in which “the new bride / disentangles her sister’s advice / … and lays them out carefully / on the marriage bed,” the film turns to the reality of the marriage.

Calmly addressing the camera, Salma lays out the speaker’s marriage “contract,” in which she is responsible for everything but has no authority. The bold, colloquial, even confrontational opening is followed by striking, strongly felt images. “The child-like sobbing of a cat / unable to feed its litter / seizes [her] by the entrails” and it is caught in this painful vice of enforced need that the speaker concludes: “In full knowledge of all of this / my vagina [yoni] opens.”

In her introduction to Wild Girls, Wicked Words, her edited collection of contemporary Tamil women’s poetry, Hölmstrom comments that “Salma’s early poetry is striking for its examination of thanimai, or loneliness… to express a range of meanings: loneliness, seclusion, aloneness, but also privacy and solitude.” In ‘The Contract’, the sobbing cat suggests the terrible loneliness of an unequal marriage and the complex negotiations by which Salma survived it. The sequence in which she describes how she pursued her writing after marriage to Malik, an older relative chosen by her parents when she was a child, is tragicomic gold, as her clever and increasingly desperate solutions are thwarted by her vigilant husband, already shamed by his male friends and relatives for marrying a girl who resisted marriage.

The revelation that her mother, who had forced her into marriage by pretending to be ill, helped her publish her first book speaks to deep familial ties, as well as to the finely-grained gender politics revealed by the film. We glimpse this in the stunning ‘My ancestral home’, in which the poet “spoke in a fearless voice” of the conflicting feelings raised by her mother’s hysterectomy. As in many of Longinotto’s films, the course of these revelations is directed in tandem by the active subject before the camera, Salma, and the local interpreter and interviewer behind the camera, Samyuktha PC, billed as associate producer. This sense of Salma’s authorship of her own story is one of the gifts of the film and of Longinotto’s documentary style.

That’s not to say she hangs back and lets come what may. Salma is as artful as its protagonist and her poetry. In particular, Longinotto’s eye takes advantage of the deep colours worn by the women, set against cool turquoise walls, and of the contrasting village landscapes and cityscapes, to offer a subtle and un-touristy picture of Tamil Nadu. The unforced, intimate conversations of women at work in domestic interiors lends many scenes their energy and fascination, setting up a contrast with the more formal to-camera interviews with Malik and with Salma’s other family members. Some viewers may be frustrated with the amount of time given to establishing the delicate and complex web of relations in the village, drawing focus from Salma, but it pays off in the extraordinary conclusion.

Lying back over the burgundy velvet love seat where both she and Malik have been interviewed, relaxed and off-guard for the first time in the film, her face bathed in light, Salma confesses that she is completely attached to her family and the village. Far from the strict emancipatory trajectory expected by Western narrative (and replicated by some feminisms), in which the brave pioneer ups sticks from the oppressive homestead and sets out for independence in the big city, Salma is a brave and moving portrait of a more complex and heartfelt truth about our relation to where we come from and how we draw on its resonances in making both life and art. In returning to the village where she was locked up and reconnecting with her relations while walking around freely with her headscarf frequently slipping off, Salma sets herself – and something in the viewer – free.

The picture is of Salma, a still from the film, courtesy of DocHouse.

Sophie Mayer is currently Poet in Residence at the Archive of the Now and loves to write about the meeting of poetry, film and feminism. She interviewed Kim Longinotto for There She Goes: Feminist Filmmaking and Beyond.