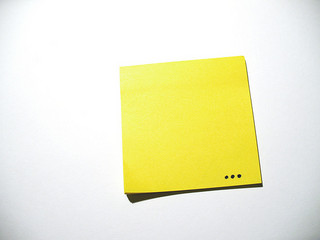 Follow-up: How I made sure I didn’t go home with a rapist

Commenter 1: This is a ridiculous post. Sorry. Banal and slightly patronising, most people have the common sense not go home with strange guys who raise red flags via online dating. 1. Double standards on sti’s, “don’t care if I get them in the mouth though because I like giving bj’s” is just…what. 2. Using the term ‘mansplaining’ is disgusting.

Commenter 2: Totally agree. Although there is some good advice here, it is no way to avoid a ‘rapist’. You can talk to someone online (someone you’ve known or seen around your social circles for years) and they can come across kind and trustworthy. Once you spend a night with them, you can discover things you would have never been able to identify with a check list.. I’d like to see less articles directed at women about self protection and more directed at men on ‘how not to become a rapist’

In light of these two comments on Facebook responding to my post yesterday, How I made sure I didn’t go home with a rapist, it seems there are some points I need to clarify.

Do you ever worry for your physical safety? I think the main thing that would stop me from doing something like this would be concern that I may not be safe going home with total strangers.

Not only is this concern not “ridiculous”, it is also a question that would appear in the FAQs of Amber’s Sex Life, if that were a website I were so inclined to make. This is a question people ask often, and it is a valid concern for which I wanted to give a considered and helpful response beyond “I took risks all the time, it’s impossible to guarantee safety.” If you weren’t curious about the problem raised in the title, this post wasn’t for you. That’s fine! It doesn’t mean that the question, or anyone who has asked it, is ridiculous. It means you should have scrolled on by.

2. This was not a post on how to avoid rapists

I’m sorry if the “How I” title decision threw anyone. I thought it was a cute callback to my first post and might be an easy way to pull this series together within my wider body of written work.

That’s obviously a decision I’m now reviewing given that it seems to have come across to some as a “How to” guide.

My list of red flags was not a recommended “checklist”. It was not some guide to “self-protection” from rape, as if that’s even possible. It was a personal account of my experiences (as I’d ironically hoped would be implied by the words “How I”).

I’ll be honest, I really resent the implication that I was in some way contributing to victim blaming with this post, especially since I deliberately incorporated explicitly anti-blaming statements. Victim blaming is NEVER acceptable, and that includes making comments like “most people have the common sense not go home with strange guys who raise red flags”. It’s actually not that simple, because…

3. Not everyone recognises what appropriate boundaries are or how to enforce them

Growing up immersed in this media teaches us that when we recognise red flags and code a guy as ‘creepy’ – or even just uninteresting or unsuitable for whatever reason – this is an instinct we should overrule. Women are trained to give men the benefit of the doubt BY DEFAULT, even if they are anonymous strangers who have not yet earned that privilege. I certainly did when I first started this adventure, allowing men to cross lines repeatedly until I realised that now I was only arranging to meet them to prove a point, even when I wasn’t enjoying our conversations or looking forward to being naked with them.

I don’t think it’s unusual for people to drop standards developed for romantic relationships when you’re only planning a one-night stand, especially if, like me, you were deliberately attempting to explore, experiment and push your boundaries. However, lowering my usual requirements considerably in order to personify some open-minded ideal just led to boring conversations at best, blocked nuisance callers at worst. In this post I had hoped to remind people that it’s okay to decide you have limits and expect others to stick to them, especially if you are concerned about safety.

It is not narrow-minded to require your partner to meet some kind of criteria. It is not irrational* for these criteria to seem obvious to one person and unreasonable to another. It does not make you a bitch to adhere to these requirements strictly, nor does it make you a bitch to decide to make an exception. We do not and cannot have guaranteed safety, but we do have agency. Recognising that agency and using it to make yourself feel more comfortable with the people you meet is one tool that can help you enjoy the online dating experience more as you avoid prolonging the inevitable for people who were not born with the right to your attention.

“don’t care if I get them in the mouth though because I like giving bj’s” is just…what.

No part of this is a double standard. All of it is a decision. An informed, independent decision which actively handed my partner options and free rein to consent or not. I made the call to risk herpes in my mouth. (And, for the record, I got tested every three months and I never contracted anything.)When I offered the option between oral sex without protection, vaginal sex with protection or no sexual contact at all, that was my compromise to reduce the risk to a level I deemed acceptable, having done my homework and reached a thoughtful conclusion. The guy was always free to refuse. And some did – but always those worrying about when my last STI tests were, not those who were trying to fuck me bareback.

Moving on. For being “slightly patronising”, I apologise. I’m new to blogging and I’m still figuring out my voice. I’m trying to be relatable, informative and interesting, and it’s entirely possible that I’m misfiring on one or all of these. I will of course continue to keep working on this.

I make no apologies for using the word ‘mansplaining’. It’s a widely-used word with an accepted and specific definition.

You know what’s actually disgusting? Telling a woman talking about her own experiences that this is “not feminism.” You should take a good hard think about what you said there, and perhaps question your place in a movement that deliberately encourages women from all backgrounds to have a voice and a platform on which to use it.

As a final note, I don’t use Facebook, and I won’t. I would much rather have the opportunity to address concerns directly, especially if I really have miscommunicated and these comments represent a much larger number of readers who think I’m victim blaming or feel patronised. If you have a comment for my posts I would ask that you please make them here, where I can respond and we can actually come to an understanding.

*ETA: Thank you to those who called me on my use of the word ‘crazy’ instead of ‘irrational’ here – I try very hard to avoid using disablist language but crazy’, ‘mad’ and ‘insane’ are words I still use far too frequently. I will continue to work towards removing these words from my everyday vocabulary and appreciate those who help me by pointing out when I slip up.

[Image is of a yellow post-it note on a white background with a small, three-dot ellipsis written on the very bottom-right corner. Photo by Don, shared under a Creative Commons licence on Flickr.]