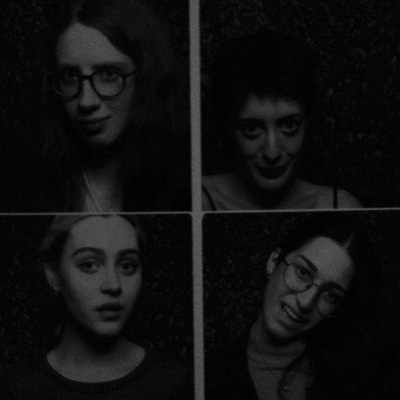 A pinch of SALT

Coming from a very different English Literature background, I had always assumed that art school would be a wonderful place to make feminist art. But when the four founding editors of SALT, Saira Edwards, Thea Smith, Jala Wahid and Hannah Regel enrolled at Goldsmiths College in south east London in 2009, they were disappointed. The university’s art school might have nurtured many of the Young British Artists. But their reception, as feminists studying fine art, was not so welcoming.

I sat down with three of the four editors to talk over pizza in a restaurant. They are striking, Smith with long red hair, Edwards with very short black hair and Regel with straight bleached hair (at the time), dressed in monochrome. I found them to be quick, loquacious and self-deprecating, Smith and Regel speaking the most, where Edwards often waits for a pause in the conversation to add her thoughts.

In her first year, Regel “cried every day”, she recalls. “I was just being told ‘this [feminism] isn’t relevant, is it?”

Smith takes a dry sigh. Making feminist art was discouraged at art school, she explains – especially if it was heavily influenced by “typical feminist art of the ’70s. How is this ever going to develop you’re not encour-aged to explore it in new ways, you’re just told it’s not relevant?”

Instead of being put off by the lack of interest of their university professors – Edwards, Smith and Regel graduated in 2012, while Wahid gradates this year – the four students, who met at art school, got together in their final year and decided to launch their own publication.

But when I ask if the course wasn’t very radical, Regel exclaims immediately: “No, it is! There’s loads of the-ory, but it was almost like pretend radicalism. It was really neutral.”

“The one feminist lecture that we had was ‘The Male Gaze’ – not feminist politics in a larger sense, it was the way women were looked at by men.”

Similarly, the only feminist art they studied was performance art and the only black artist was in a lecture on post-colonialism. Edwards says she cannot remember reading “anything written by a woman who wasn’t white.”

Whenever you engage in politics, love and social relationships, they’re all inherently flawed, but no one wants to disengage with them

After a pause, Edwards and Smith retract this slightly, explaining that the failings are not inherent to their course: they are wider problems in art history. Edwards admits many tutors were “supportive” and perhaps it was encouraged to write about feminism in essays rather than portray it in art, since in general people are, in Regel’s words, “unhappy aligning their art practice with a political agenda”.

Incidentally, this reluctance made finding images for a recent issue of SALT, on the theme ‘Anti-Work’, diffi-cult as it was more obviously political.

Edwards adds that other students say the course is “really different now.” Something must have changed, she points out – fashion magazine Dazed and Confused mentioned SALT last year in an article on DIY feminism.

Part of the reason I admire SALT is for its encouragingly iconoclastic approach to experimental writing. Smith concedes these DIY skills are taught at art school, where: “You’re encouraged to be really self-motivated, to have an idea and follow it through.” All agree that after university their reading became “much more contemporary, varied…much more written by women.”

Obviously the editors of SALT arrived at art school with some ideas about feminism already – Regel and Smith say their parents were “mindful” of gender equality, if not particularly up on feminist theory. Edwards’ background is the opposite. “My dad goes to work, my mum looks after the kids. She never really followed up a proper career. She didn’t think she could,” she adds.

For Regel, she started to become aware of gender inequality in secondary school, when girls “would try to dumb themselves down. This was something I really didn’t want to engage in but I didn’t know what else to do. Boys would just touch girls without their permission.”

So exactly how do those feminist ideas express themselves in SALT? The ‘Anti-Work’ issue which I read. On the subject of work – for or against, it’s perhaps not a surprise given their art school experi-ences that none of the editors of the zine have jobs in the art world.

“Because whenever we encounter those people, we hate them,” Smith explains bluntly.

The editors were recently asked a question at an event: how can you be part of the art world in a “politically sound” way? The irony is that SALT‘s editors are not properly in the art world. The typical route in – unpaid interning at art galleries- is “really what SALT opposes”, explains Edwards.

It’s not that they are opposed to a career in the arts. Edwards adds: “But the thing about doing SALT is that we want to do it our way. That’s why we do it. It’s like an [unpaid] internship where you’re the boss!”

Or, as Regel puts it: “Whenever you engage in politics, love and social relationships, they’re all inherently flawed, but no one wants to disengage with them.”

Regel then explains how, like all the SALT editors, she has her own art practice (she recently exhibited her work at STORE, near Goodge Street), but she feels “estranged” from it. She explains: “You go from your degree into making work and it’s like, ‘I don’t know what I’d do or even want to say’. I need to not do it for a bit and think about it.”

Something that comes up repeatedly in the ‘Anti-Work’ issue is the idea of “radical strategies of self de-struction” (discussed and defined in my review) being a tool for the feminist artist. Regel explains the concept’s appeal: “I can’t identify with a feminism where there isn’t any room for fucking up or seeing how being vulnerable or failing can be pro-ductive and can spawn other things.”

She explains that texts like Maggie Nelson’s Art of Cruelty and Chris Kraus’ I Love Dick, which contain room for failure and mistakes, have made feminism “less othered”. Art Of Cruelty looks at the ethics involved in representations of violence in art, both in ‘low’ and ‘high’ culture. I Love Dick is a fiction based around a series of unrequited love letters written by Chris Kraus to a cultural critic that she names Dick for the purpose of the story.

This kind of feminist writing is a “different way of critiquing things. It isn’t so dialectical,” adds Smith, and they continue to fluently interrupt each other: “It’s beautifully subjective,” “it’s emotional and experiential”, “it’s maybe a more generous way of writing…and also, [Kraus] is wrong a lot of the time! I hate reading stuff where you’re meant to think, ‘This is the gospel!'”

The idea of “radical strategies of self destruction” is interesting, but, as I raised in my review, I ask whether it could ever become regressive. All three are silent, before Regel replies: “There’s a difference between ac-knowledging that this strategy is present and worth engaging with, than saying, ‘This is the only way to be!'”

There is another pause, then Smith counters me with characteristic undercut: “What I hate is fighting with people who have pretty much the same ideas. It’s like, ‘chill out, we all want equality!'”

Edwards jumps in at this point, arguing: “But feminist language has been implemented to mainstream culture and that does start to null out its radical potential,” to which Hannah laughingly replies, “In that respect, maybe it’s even more subversive to be regressive! Like, ‘Fuck you guys!'”

She concludes seriously, saying perhaps what is interesting is less “radical self-destruction”, and more “less normal parameters for resilience. What could resilience be, what does it mean to do what’s not expected of you?” Thea continues: “Being constructive with it… Non-quiescence is our new favourite word – mine anyway!” I take this to mean that they can respond more to oppressions faced by working in subversive ways.

As the pizza runs out, and our interview draws to a close, the editors start to muse about the future.

Edwards then laughs as she confesses, “I don’t think I’m going to make good art until I’m, like, 40. If I live that long. Not that I’m hedonistic, but just in case!”

“Maybe rather than ‘good art’, I mean having a fuller understanding of what it is that I’m doing,” she adds on. “Maybe a confident practice?” suggests Regel, and Edwards decides, “Yeah, confident in whichever lan-guage you choose.”

The image shows the four editors of SALT, displayed in the style of a set of four black and white photos from a photo booth.

M. Lý-Eliot is a writer, currently working on a book proposal about vegetarian Vietnamese food