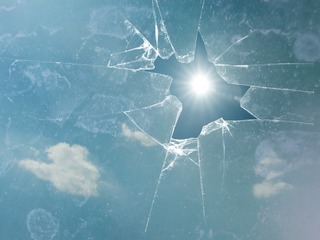 The Broken Rainbow Helpline is set to become the latest in a long list of domestic violence services facing government cuts. Broken Rainbow provides support for lesbian, gay, bisexual and trans* victims of domestic abuse as well as training to other organisations. The announcement that funding would be cut comes in the same week as the news that the only refuge for gay and bisexual men in London may also have to close.

There are no reliable statistics about domestic abuse as experienced by lesbian, bisexual and trans* women in the UK. The United States Centers of Disease Control & Prevention (CDC) published a 2010 National Intimate Partner and Sexual Violence Survey, finding that 43.8% lesbians and 61.1% bisexual women would experience domestic abuse in their lifetime, next to 35% heterosexual women.

Levels of domestic abuse vary between countries and cultures, as do levels of discrimination, so UK numbers might be quite different. However, it is a near certainty that lesbian, bisexual and trans* women experience domestic abuse at higher levels than our straight cisgender sisters.

Everything about our culture that makes queer people isolated, secretive and self-doubting makes us more vulnerable to abuse. The high rates of parental abuse and schoolyard bullying that LGBT children experience creates adults who find ill-treatment unremarkable.

All this puts tremendous pressure on queer communities and couples; it’s very much harder to rock the boat when you were drowning at sea before you came on-board. As happens within immigrant and religious communities, an LGBT victim of domestic violence can fear betraying – and losing – their entire support network if they speak up about one of its members. Then there’s the threat of exposure, of being outed, of having previous identities, surgical and sexual histories disclosed to others.

Even without extreme bullying and social isolation, having loving parents who are nevertheless grossed out by the way your heart works, or having friends who use homophobic or transphobic slurs to describe the things and people they hate, can get you used to the idea that love always comes with sharp spiky edges. With equal marriage still regarded as a social experiment by some, even same-sex couples in the most comfortable circumstances face a lot more pressure to seem contented and committed than their straight peers.

Gender provides a vast arsenal of insults, caricature and humiliation for any abuser with any victim and sexuality almost doubles this. Bullies are inconsistent and hypocritical creatures and being queer or gender non-conforming themselves won’t stop them using every conceivable slur and stereotype to abuse a partner, to question and denigrate their sexuality and gender identity. Transgender women are particularly vulnerable to this, often being abused as both inadequate men and inadequate women.

Then there’s the fact that we have gendered domestic violence narratives to such a great extent that it’s difficult to perceive of an abusive relationship which doesn’t feature a straight cisgender man abusing a straight cisgender woman. Obviously, this cliche represents both the most common dynamic and the one where the greatest physical harm is likely to take place, but our culture sees both violence towards men and violence perpetrated by women as trivial, even comical. Stereotypes about gay men being volatile slaves to their passions and lesbians being angry and aggressive promote the idea that violence within these relationships is natural. Given our internal and external battles to establish that same-gender sexual activity is not disgusting or wrong, and that there’s nothing predatory about fancying people of the same gender, it can be hard to acknowledge that sexual abuse and rape can occur among us.

Most victims of intimate partner violence in straight relationships will be assured that their experience is normal, that this is just what men and women are like together. Gay and bisexual people have far fewer counter-examples when they are told that abuse is a normal part of a relationship like theirs.

All this make it much harder for LGBT people to recognise situations of abuse, let alone seek help and get to safety. These factors, being social and cultural, also mean that LGBT victims of domestic abuse are less likely to find appropriate support with police, mental and physical health services and even some domestic violence charities.

As with arguments around supporting male victims of domestic violence, different victims should never be seen in competition with one another. Domestic violence services have long been inadequately funded and the coalition government has demonstrated its contempt towards victims through repeated cuts, as well as the benefit cap, bedroom tax and cuts to legal aid which make it harder to leave abusive relationships. I don’t know exactly how much it costs to run a helpline, but I’m guessing the House of Lords champagne budget would stop the gap for a short while.

If we are to tackle domestic violence, we need to recognise that it can happen to anyone at all, but that anyone who is marginalised for any reason will be more vulnerable; disabled people, people of colour, religious minorities and poor people as well as LGBT folks. This is another example of how greater social equality not only improves people’s lives, but it can help prevent violence and save lives.

Note: In this post I have used the term trans* with an asterisk, as Broken Rainbow does (they provide a trans* specific service). This term represents all those who identify as transgender as well as others with a minority gender identities such as non-binary or genderqueer.

[The image is a photograph taken of a broken window or pane of glass against a blue, almost cloudless sky. The glass is dramatically cracked, with the sun shining beyond it. This image was taken by Humusak and is used under a Creative Commons License.]