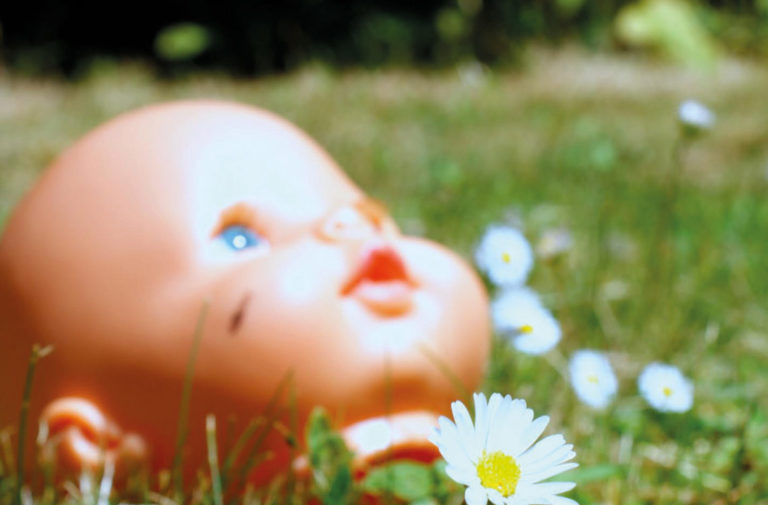 Following our first round-up, here are some more reviews of theatre showing at the Edinburgh Fringe 2015.

If you’re in Edinburgh this year, comment with any other feminist recommendations! 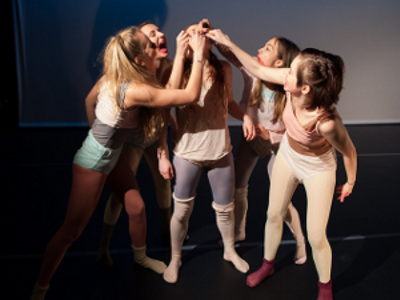 So reads the entirety of the blurb for the free show, performed by five members of Tight Theatre. The relatively large room is packed. What I like about this is that presumably most of the audience are expecting a very different show.

The routines, however, have limited mileage in them. The show is closer to 40 minutes than the advertised hour, but I still leave feeling time has dragged towards the end.

Women of the Mourning Fields
Until 30 August, 10:30, Paradise in The Vault

There’s something that makes me uncomfortable about having a play about the loss of women’s voices in history being written by a man. In Women of the Mourning Fields, this is exacerbated by having the female characters occupy positions of emotional helplessness and pitted against each other. While they might differ from the characters conjured up by Roman historians, they remain two-dimensional and unlikely.

There are a few nice theatrical touches, such as the choose-your-own-adventure scene where an audience member selects (and privileges) one of the three women to tell her version of events, as well as an amusing poke at physical theatre with characters using their bodies to create a ship. Most of the play, however, is rather humdrum and doesn’t build the emotional swell it aspires to. 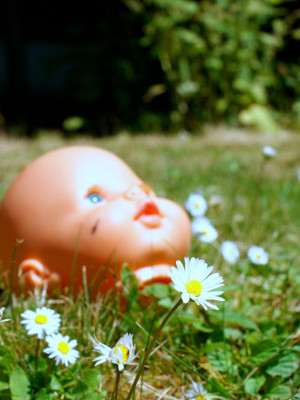 A generally empowering show about the choice to be child-free, Pramkicker is not ashamed to suggest that not all women are maternal. It is a gratifying message. I recognise their frustration that a woman’s worth can be built on whether or not she has reproduced. I appreciate their articulation of how one can like some children but not want to be a mother, and how scary it is that the decision to become a parent could be one made fairly easily but permanently.

Actors Sarah Mayhew and Sadie Hasler are believable and have great onstage chemistry. Several verbal stumbles indicate that the play will be a little more fluid later in the run, but they are still confident and charismatic.

However, the show is not entirely perfect. Jude (played by Mayhew), the older sister who definitely does not want children, is a caricature. The “pramkicker” of the title, she is sent to anger management sessions after losing her temper in a coffee shop filled with middle class mummies. Although her motivations and frustrations are relatable, they are refracted through a character who seems extreme, which makes the feeling of connectedness fainter.

It is also unfortunate that so much of the rage in the show is directed at women who have chosen to become mothers. Admittedly, primarily ones who act superior, but the overall message seems a little too us-and-them to be helpful. Thankfully, the uncertainty of younger sister Susie (Hasler) keeps the script balanced.

Medea is an Ancient Greek classic. The titular character finds herself cast out by her husband Jason in favour of a younger woman and seeks revenge using her mysterious powers, ultimately killing Jason’s new wife and her father, and further destroying Jason’s life by murdering the children they share.

As with all classics, there are a multitude of interpretations and the characters can be played in quite different ways. In a fringe performance, I would be particularly interested in seeing a novel or intricate reading.

However, although the elements of butoh, a Japanese dance form, make the piece visually differentiated, I’m disappointed to see my least favourite interpretation of Medea as a woman who has lost control and experiences deteriorating mental health. The Euripidean text has Medea as a complex character who, yes, rages and swears revenge, but is also logical, calm and calculating, with cold threading through the heat. The revenge she chooses is reached by a process and has important ramifications; she also ensures her safety by her deal with neighbouring King Aegeas. In Butoh Medea, we see none of this; Medea is reduced to a weeping, thrashing mess. She might be pitiable but she is not relatable. 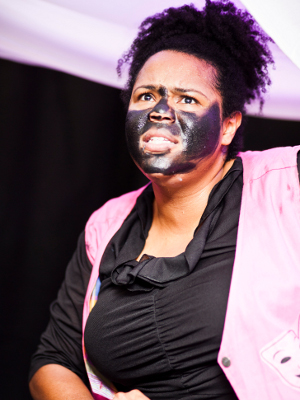 Fixing racism in 90 minutes is a tough gig, but Desiree Burch figures we might as well give it a shot. In a carnivalesque extravaganza, she cheerfully calls out a catalogue of bullshit with a winning charm that easily gets the audience on her side. This is just as well as she talks directly to almost everybody in the audience with several brought up on stage to take roles that are often uncomfortable and difficult, which is no doubt the point.

One particular highlight is the construction of a black character at an audition. Burch offers imaginary casting directors intentionally obtuse interpretations of “more urban” and “more street” before giving in and making her performance “more black” with a pacey cycle through about ten stereotypes black performers can avail themselves of. She cajoles the audience into providing further stereotypes that she could layer on top, producing an absurd caricature that nonetheless is recognisable in current media.

This goes hand-in-hand with some interesting observations on theatre itself: while forcing people to occupy specific boxes, the theatre is still the first place in which Burch, the only black person in a school filled with white people, felt some value in being different.

The show is filled with well-made points, and while it can be uncomfortable at times, it feels like this is part of the inevitable process of facing up to the truth of continuing racism.

Louise Mothersole and Rebecca Biscuit energetically present an hour of bitesize segments that highlight sexism in modern British society. From the tampon tax to gendered Kinder Surpises, they squeeze as much as possible into the 60-minute slot.

Some of this is great. I particularly enjoy the performance of Lou Bega’s ‘Mambo No. 5’, which has accomplished and intelligent real women flashed up as their names are recited (such as Tina Fey, Jessica Ennis and Rita Levi-Montalcini). I am also enlightened with a quotation from ex-Minister for Sport and Minister for Women Helen Grant, who exhorted women to try “feminine sports” that allow them to look “absolutely radiant” such as cheerleading or rollerblading; this is accompanied by a stompy rollerblading routine.

While enjoyable, Women’s Hour feels more like a comedy sketch show than theatre; it lacks a sense of cohesion, instead trying very quickly to point and laugh at a range of problematic things. It keeps me amused throughout but lands punches more through individual sections than as a whole piece.

In Man to Man Ella Gericke (played by Margaret Ann Bain), a woman living in Germany during the 1930s, assumes her husband’s identity after he dies, in order to protect and provide for herself. She continues to impersonate him for the next 40 years.

The production really impresses in some elements. Bain is obviously a talented actor and commands a large stage with ease. Other elements of the performance threaten to steal the show from her, however; with precise shadow puppetry, intricate props and staging and inventive lighting, the theatre is alive with fluid and captivating effects.

While the plot has potential to offer the bigger picture, at times hinting at the particularly precarious masculinities present during and just after wartime, the story focuses much more on the practicalities of the situation. We learn plenty about Gericke’s difficulties in avoiding sexual encounters and horror of being discovered by an aggressive gang, but there is very little exploration of what personal effect the change has. The indication is that it is a purely pragmatic move – should this be the case, there is still plenty to work with considering Gericke is therefore inhabiting a world with which she does not identify. The play does not go far into this, however. Perhaps this superficial treatment explains why, despite the impressive staging, there was gentle snoring coming from a couple of spots in the audience.

The Edinburgh Fringe Festival 2015 is running 7-31 August across the city. Read our other theatre reviews here.

Image 1: From Pussy, photograph by Jamie Corbin. Four women crowd around another woman, their hands reaching for her face. Their expressions are euphoric and possible cruel.

Image 2 and feature image: From Pramkicker, used with permission. A bald doll’s head lies on the grass in the sun, with daisies surrounding it.