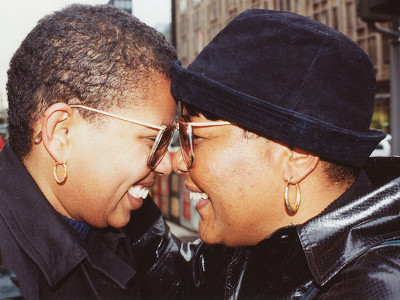 In September this year, Green Party MP for Brighton Pavilion Caroline Lucas tabled an early day motion to include the details of the mothers of the bride and groom on marriage certificates as well as the fathers. The much more recently instituted documentation for civil partnerships includes both parents, but creaky, cobwebbed marriage is stuck in 1986.

(My no doubt comprehensive googling has shed no light on what currently happens when somebody getting married has two parents of the same sex. Does anybody know?)

Those of you with long memories might be feeling a bit of déjà vu, as David Cameron announced his support for this in August last year, calling the current practice “outdated”. Indeed, Lucas’ EDM is calling him out on this, hence the re-emergence of a campaign that seemed to have succeeded already.

If you so wish, there are a number of ways in which you can support this. You can write to your MP, asking them to support the EDM, and alongside that you can publicly demonstrate your commitment to the campaign on a petition.

But this is an issue that I find complicated and a perfect example of dilemma feminism (dilemminism? Maybe? No?).

A lot of feminists (including me) are fond of reassuring others that when it comes to the crunch, feminism is really straightforward – it’s about believing that people are equal regardless of their sex or gender and wanting them to be able to live in a world that treats them as such. You might have a different way of phrasing this but it’s an idea that I’ve heard a lot around the feminist online and offline worlds.

But while I do think that’s at the core, with lots of issues, people subscribing to that ideal could have completely different takes on it. This can be very useful and lead to productive discussion; in fact, the ethos of The F-Word is to provide a platform to lots of people to enable different voices to be heard. That means we can have articles up that hold completely contrary viewpoints, as long as these views are expressed in a way that is constructive.

Bringing it back to marriage certificates, what’s my dilemma here?

I’ve written before about my thoughts on marriage (apparently also motivated last time by the news around mothers being on marriage certificates). To summarise, I’m not a fan and I’d much rather we just did away with the institution rather than tweaking it every now and then to make it look a little less weird.

So on one hand, I actually don’t want to see this change. That’s because it’s a small fix that, yes, makes the institution overall less absurdly embedded in patriarchal control over women’s relationships, but only a little bit. Yet it’s the sort of change that proponents of marriage can cite as progress and give assurances that marriage is totally hip, and while that misses the point that the whole premise is outdated, it still is likely to do more to ensure support for marriage than agitating opposition. And I like an agitated opposition.

But of course – it is sexist, isn’t it? It’s obviously, blatantly, unfairly sexist to name fathers and not mothers. Not only does it perpetuate the underlying idea that this is a contract between men, passing on ownership of a woman (spoilers: ladies are property, like villas or desk lamps), but is also manages to suggest that mothers are irrelevant, which I bet goes down a treat.

And even though marriage rates have been declining for several decades, there are still an awful lot of couples getting married, and while legal structures are as they are, for many this is the best choice for them. Given that I acknowledge that marriage is likely to still be a thing for a while, isn’t it better for the thing to be less sexist?

I find it difficult, even though I’m sure many of the readers of this piece will think it’s obvious one way or the other! Do I throw my support behind a campaign that is based on principles that I agree with but is at its core about preserving an institution I would prefer to be replaced? Or should I reject all amends to said institution on principle, even if they would actually make it better, while not perfect?

Really, this post is an example more than anything. I’ll probably give the issue some more thought and decide one way or the other – but there are loads of similar things that crop up, where it’s easy to see the feminist pros and cons of multiple positions. That can be frustrating, because it can feel like there isn’t a right answer, but I do find it really interesting, because it’s by thinking these sorts of things through that you can work out what the most important things are to your feminism and what sorts of compromises you would consider acceptable. And ultimately, more thoughtful movements are likely to have more productive discussions – and I can’t see a downside to that.

The image is by Elvert Barnes and is used under a creative commons licence. It shows a mother and daughter, their foreheads pressed together as they look at each other and smile. They are shown from the shoulders up and are both wearing black coats and sunglasses; the mother is wearing a black hat. I have no idea about the marital status of either but I thought they looked happy and close.