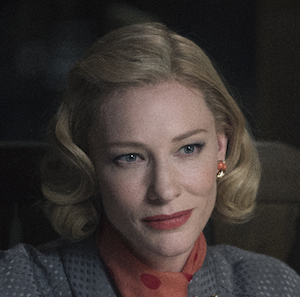 All shiny surfaces, no feeling

Arthouse filmmaker Todd Haynes holds a top spot in the canon of American independent and New Queer Cinema. His debut feature Poison (1991), a homage to the novels of Jean Genet, won international festival prizes and recognition in addition to the Sundance Grand Jury Prize of that year. Yet it was his instantly banned (due to music and manufacturing copyright issues) student short film Superstar: The Karen Carpenter Story (1988), about the vexed life of Karen Carpenter of the 1970s iconic easy listening sibling duo The Carpenters, her battle with anorexia and the cultural impact of the band that delivered a particular campy underground, subcultural tone. Haynes decided to tell Carpenter’s story through Barbie dolls and miniatures, showing from the start of his career he had an interest in experimenting with film aesthetics as well exploring the dark side of white American middle class female psyche. 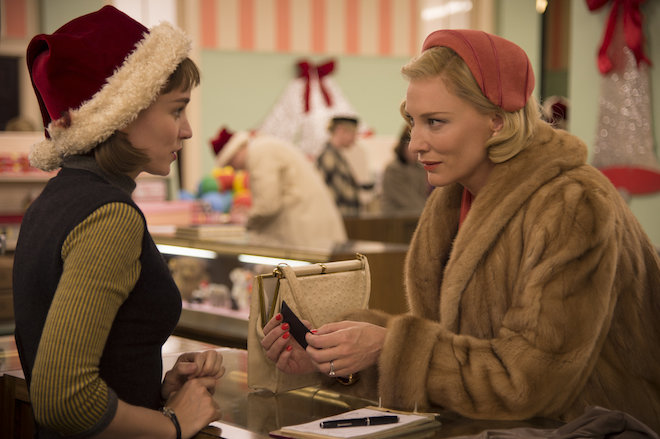 Since then Haynes, together with his formidable producer Christine Vachon of Killer Films, has been on a forensic journey, a microscopic investigation into the underbelly of the 20th century American dream, lensed through the lives and stories of women. Far from Heaven (2002) and the HBO series Mildred Pierce (2011) mine singular 1940s-1950s female characters. Women full of aspiring hope, teary heartaches, living full-blooded melodrama. Haynes had openly paid homage to the ‘50s Technicolor films of Douglas Sirk and his pool of quality female acting talent includes Julianne Moore, Patricia Clarkson, Kate Winslet, Melissa Leo; all Oscars winners except Clarkson who has been nominated.

His much-anticipated adaptation of American writer Patricia Highsmith’s 1952 lesbian novel The Price of Salt was the obvious next choice for this talisman of American postwar female identity. The film follows the passionate romance between Carol Aird (Cate Blanchett), an older married society woman, and Therese Belivet (Rooney Mara), a precocious and intellectually curious 20-something shop girl. Phyllis Nagy, the screenwriter, wrote the script 15 years ago but it took her until now to bring her friend Highsmith’s story to screen.

Contrary to previous lesbian literature, Highsmith was determined to give the story a happy ending

When The Price of Salt was first published in 1952, it was Highsmith’s second novel after her 1950 bestseller Strangers on a Train that was memorably adapted for the screen by Alfred Hitchcock. Highsmith was persuaded to publish The Price of Salt under a pseudonym “Claire Morgan” not, according to her biographer Andrew Wilson and Nagy, because of the lesbian content but because she was already labelled a mystery writer and switching to writing a romance novel would inhibit her rising career.

At a time when homosexuality was illegal and lesbianism merely whispered, it is hard not to conclude that this decision also came from a place of shame and fear of being outed as a lesbian writer and ghettoized as a pulp fiction writer because of the lesbian content. The ‘50s were full of cheap pulp fiction, packed full of sex, violence and stories about deviant lesbian lives. Moreover, Highsmith was reportedly worried what her grandmother would think of her if she had published the book under her own name. In the UK, the book was republished as Carol written by Highsmith only in 1990. 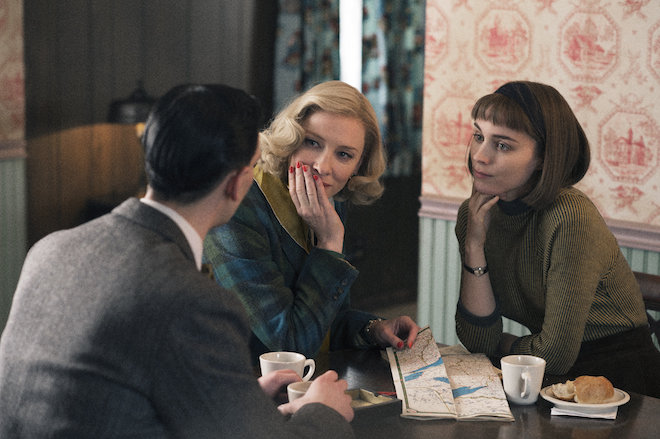 Highsmith, like Therese in the book, worked in a department store to make ends meet whilst pursuing her interest in photography. In her introduction to the novel, Highsmith describes how she sold a toy to an ice-blonde woman and then she went home and wrote the book in two weeks. Contrary to previous lesbian literature (like Radclyffe Hall’s The Well of Loneliness), Highsmith was determined to give the story a happy ending. It is the story of this transgressive desire between Carol and Therese, women of different ages, trapped within the confines of a McCarthy-era patriarchal society, who ultimately break free of it, that is so flawlessly crafted by Haynes accompanied by his film production dream team: his DP and long-term collaborator Ed Lachman (Far from Heaven, Mildred Pierce), the production designer Judy Becker (Brokeback Mountain, American Hustle) and Sandy Powell’s (Far from Heaven, The Wolf of Wall Street) ever enchanting, playful costumes.

The drama follows Carol and Therese’s whirlwind love affair during a New York Christmas season, framed in melancholic street scenes, intimate domestic interiors and rained-on car journeys. It is a tender and ultimately devastating romance that explores ideas around repression and freedom. Carol wants a divorce from her husband Harge (Kyle Chandler) and custody of their daughter. Harge refuses outright once he learns of his wife’s new relationship with Therese and threatens to blackmail her in court with a secret recording of Carol and Therese’s lovemaking.

Has Haynes’ emotional reach ultimately been compromised by his aesthetics?

Their desire is expressed through a cascade of eroticized objects, the swish of Carol’s fur coat as she glides, almost vampire-like, into the film’s first frame, a leather glove Carol purposely leaves on the shop counter to lure Therese to get in touch and a little later drinking dry martinis and eating creamed egg and spinach on their first lunch date. Haynes and Nagy have cleverly moved from Therese’s objectification of Carol in the book to focusing the story on the lesbian relationship between these two women in a less than tolerant society. The aesthetic details are so rich, so fantastically displayed and fanatically recorded, as if Haynes has become a type of archivist, a fan boy who is so driven by the affects of nostalgia, memory, fantasy and trauma that watching the film feels like it has become an exercise in fetish.

As Carol is heading for this winter’s awards season, no doubt a number of cast and crew will be deservedly nominated for Golden Globes, BAFTAs and Oscars; however, what I find lacking in the film is an emotional resonance. Carol and Therese are like dolls in a dollhouse, exchanging glances and performing gestures that are meaningful only within the aesthetics of furs, furnishings and objects of desire in their gaze.

It is this particular type of male fetishisation of women that is so problematic, recently seen in the work of Peter Strickland (The Duke of Burgundy) and Tom Ford (A Single Man). Carol and Therese’s love and desire (and lovemaking) feels cold-blooded, performed and impassive. Toni Morrison writes about the importance of engaging with an emotional memory as an agent of change. Regrettably, this expertly crafted mediated melodrama, a cinematic memory, a fan boy archive has too little feeling and little agency for this lesbian feminist film spectator. Has Haynes’ emotional reach ultimately been comprised by his aesthetics?

Pictures courtesy of STUDIOCANAL. First picture is of two women at what looks like a counter of a department store. Woman on the left is younger and wearing a Santa hat over short dark hair and woman on the right is older, blonde and wearing a fur and fingering a small black rectangle, perhaps a business card. We see their profiles and the older woman looks intently on the younger one. Second picture is of two women facing the camera, sitting at a cafe or restaurant table, with some food and a mug on the table, looking at a man sitting on the left with his back to the viewer. They are the same women as in picture one, with the older one covering her mouth with red nailed hand.There’s a very 1950s wallpaper on the he wall.