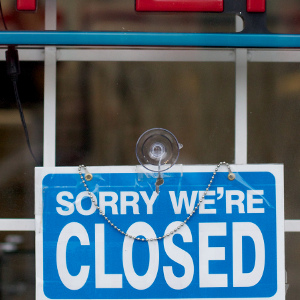 Opening up and shutting down

I’m non-monogamous and in much the same way that I want to be open about my bisexuality, I’m pretty vocal about being in an open relationship, at least partly to try to increase visibility of non-traditional relationship structures. This means I have a lot of conversations about non-monogamy, particularly with people I don’t know very well. I’m totally up for talking, but there are a few things that come up repeatedly that I’m less thrilled about. 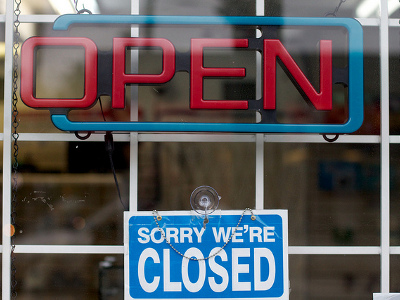 How did your boyfriend convince you to do that?

Always from people who don’t know me at all, normally from straight men, often accompanied by, “Lucky him!”

This reveals the underlying assumption that such an arrangement would clearly appeal to men but women would be reluctant to be involved. Men, after all, think about sex 12,617 times a day, while women are hell-bent on carefully constructing a traditional family unit that they can dress in coordinating outfits. Non-monogamy is a challenge to conventional relationships that runs contrary to what women prize, but allows men the freedom that they crave (and probably need).

Unsurprisingly, this isn’t how things happened. I worked out I was non-monogamous when I was 20 and since then have had a few relationships, all of which have started with me clearly explaining that I don’t want a monogamous set up and talking through what will work best for us. I’ve always been the instigator of this discussion.

When will you start looking for a proper relationship?

On the rare occasions open relationships are discussed or portrayed in mainstream media, the couple involved are on their last legs, trying something new to spice things up, or else just not looking for anything serious. The relationship is a diversion and ultimately doomed.

The notion that the only kind of serious relationship is a monogamous one most likely stems from the idea that relationships need physical commitment, which seems like a hangover from times when things like ancestry were important and difficult to determine while avoiding conception was a bit hit and miss. I’m not planning on having children but in modern times, if I wanted to have a child with my partner, I could probably manage it without being too worried it was somebody else’s. Similarly, in the event that I don’t want a child with anybody else, that’s also avoidable.

Family plans aside, however, you can be in a non-monogamous relationship that is serious and aspire to be in it lifelong. In fact, these sorts of relationships have the potential to be incredibly strong, because if you have successfully managed to work out jealousy issues, then the key reasons for many relationship breakdowns suddenly become kind of irrelevant. You’re also often communicating a lot about what’s going on and how you’re feeling about everything, which is great for keeping relationships going well.

You just need to meet the right person.

Non-monogamy is not about my relationships; it’s about me. No doubt others have different approaches, but I don’t ever envisage being in a monogamous relationship. I cannot imagine any individual changing that.

All these comments fail to engage with the fact that non-monogamy is a way of having a relationship (or multiple relationships). It isn’t a bro hack that lets men have all the fun of singledom (remember how when you’re single, you literally sleep with a new person every night?) while still having a woman at home to cook you steak and do laundry. In fact, those who are so impressed at my boyfriend’s luck often have their fantasies dashed when they realise it’s a two way street, and actually they might not be that comfortable with their partner being with somebody else, mere seconds after celebrating the idea of their own potential freedom.

There are also countless ways of having non-monogamous relationships and partners will have different ways of approaching them. My account may well not reflect somebody else’s experience. What would be nice, however, would be recognition of these sorts of relationships as valid and worthwhile. I’m very happy to talk about mine with those who are interested, but my heart will sink if the starting assumption disengages with the idea that I’m in a meaningful relationship at all.

The image is by Alan Levine and is used under a creative commons licence. An unilluminated sign on a door reads OPEN in large red letters with a blue border round the entire word. Below it a smaller sign stuck on the window reads SORRY WE’RE CLOSED. It’s clever wordplay, basically.