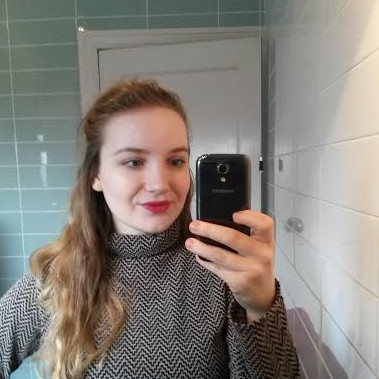 Let me take a selfie 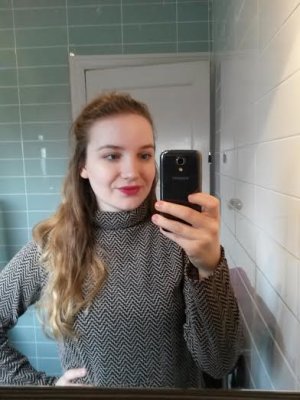 Type “are selfies…” into Google and the suggested searches are in this order: vain, haram, bad, narcissistic, stupid, accurate, destroying your memory, mirror images, good or bad and finally, art.

I’d be inclined to go for art. Although, I have to admit I got distracted by reading the “destroying your memory” theory before I came to this conclusion.

The concept is not unusual; the selfie is literally just a 21st century self-portrait. Rembrandt made a career out of them and I’m pretty sure no one ever accused him of being vain and/or stupid. The only difference is that everyone and their mother has a smart phone these days, whereas very few people have ever been able to paint like Rembrandt.

I’d say it’s this move into popular culture and accessibility that has helped turn the self-portrait from serious art form to lowbrow laugh. But what is it that moves the medium into gender territory? I mean, everyone takes them. It’s not just women; not just the ‘teenage girl’ phenomena that naysayers would have us believe. Nevertheless, there’s still a tonne of debate on the subject. Even on Wikipedia you can read about how selfies could potentially promote the idea that women are only valued for their appearance, but also how women and minority groups could use them as a means to reclaim control over the way they are (or often, are not) represented by the media. I’d say both arguments are legitimate, but it’s the latter that interests me more. The fact that selfies give us the right to choose how we are seen, and the opportunity to see ourselves.

It’s not about vanity, it’s about possession… It’s about control, and ownership

So often we’re told that our bodies are only for the consumption of others. Even though I dress for myself, I am much less likely to make an effort if I’m just hanging around the house and no one’s going to see me. Taking a stream of selfies means that we get to enjoy our own bodies for ourselves, and we don’t have to pander to traditional beauty standards. It’s an indulgence.

I take selfies all the time. You won’t find them on my Instagram (in fact I only posted my first ever selfie two weeks ago and I was very drunk at the time) but the camera roll on my phone is crammed full of them. It’s not about vanity, it’s about possession. It’s my job to choose what to do with the photos, my job to vet which ones are going to be seen on social media and my job to choose which ones to delete and which ones to save. It’s about control, and ownership.

It’s also about knowing what it is that I own. Discovering myself, you might say as if we were talking about a solo Interrail trip rather than a couple of quick snaps on a Samsung S4. It’s the same need to find the answer to all your questions. The desire for life to suddenly make sense. Bonus: selfies are also a lot cheaper than travel!

I take them face on with a determined stare. I take them when I’m smiling, when I’m crying and sometimes I’ll take them on a self-timer when I’m not even looking and I don’t expect the flash.

I want to capture every inch of the body I own. I want to know it all. And it’s not just my body that I photograph

Sometimes they are about sexuality; as a teenager, it was often a desperate attempt to find just one photo I was happy with. Equally, sometimes the photos are simply because I’m bored, or I’ve forgotten what I look like or I want to find out whether I’d suit the name ‘Evangeline’. They all have something in common, they all tell me something about who I am.

I want to capture every inch of the body I own. I want to know it all. And it’s not just my body that I photograph. I capture the colours and patterns of my outfits hanging side by side in my wardrobe, the random collections of objects that clutter the shelves in my room, and even my handwriting. They’re a part of me. Aren’t they self-portraits too? I’m proud that I’ve created some impact on the world; that despite all of the chaos that occurs there are still some things that are mine to possess and order.

So, for me at least, selfies aren’t about vanity or even gender per se. They’re about self, as the name implies. They’re about knowledge, curiosity and self-exploration. Identity. And obviously tied up with identity are the ideas of gender, sexuality, class, race and all manner of other labels that go some way towards shaping who we are as individuals.

I was obsessed with looking in mirrors; reminding myself I was still there. I felt like one day there’d be this shift and the disconnect between me and the girl who stared back would be clearer

Is it any wonder if teenage girls take more of them than the rest of society? Our teenage years are the years when we first begin to piece together who we really are, the most frantic times of our lives.

When I was a teenager my documentation of the self was dramatically less self-assured. It was desperate, because I didn’t recognise the girl who looked back at me in the mirror. And I was obsessed with looking in mirrors; reminding myself I was still there. I felt like one day there’d be this shift and the disconnect between me and the girl who stared back would be clearer. She’d speak to me and tell me what I was doing wrong. It was a struggle to tie the self I knew to the self that everyone else saw and the self that I wanted to be. It was a performance where I both loved and hated myself at the same time.

I’d photograph my bruises when I’d fallen over, scars on my arms and legs, and the shadows of my ribs as I sucked in my stomach for all I was worth. I even remember one particularly dark point where I wrote the word fat again and again on my stomach and took pictures, enjoying the melodrama of it all even while I cried. That feels like a different life now though, and it sounds ridiculous. But at the time it was important and I don’t think the experience was negative. It was the photographs that helped me reconnect. I think it’s similar to writing.

Today, for the first time in forever, I was caught off guard, and cried in public. I made my escape to the nearest bathroom and stared into the mirror. I took a photo to bring me back to earth. It was like I could put the thing to bed afterwards. It was over, documented and filed away for future reference. The sadness wasn’t just inside me anymore, it was in the world too.

[A version of this piece originally appeared on the author’s blog, which has not been publicised]

[The image is a self-portrait photograph of the author, a young white smiling woman with long blonde hair, using a phone to photograph herself in a mirror. The image belongs to Sophie Turner and is used here with her permission.]