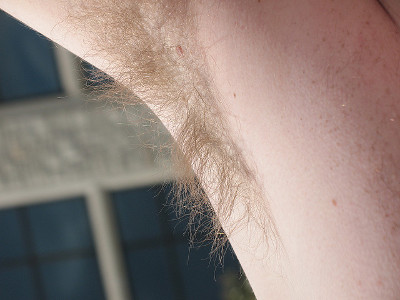 Growing up and manning up

SS is 17 and studies sociology, English literature and psychology. The adolescent years see the vital transition between boy and man. It is the bridge where the holy grail of manhood ahead is revered and the looming history of boyhood behind is terrifying. But why do I care? Why do we feel like we can’t be boys at such a tender age; we don’t have the responsibilities of a man, so why should we behave like one? The pressure to be masculine is a growing issue of severe detriment to teenagers who can’t fill the criteria of men, but aren’t societally allowed to be boys anymore.

As a schoolboy who has spent all of his adolescent years in single sex education, there is no place where the pressure to be masculine is felt more than in the changing rooms. Crowds of people gather round the overdeveloped 13-year-old proudly yielding his first chest hair. Meanwhile the underdeveloped 13-year-old is cowering in the corner, dressing himself as quickly as possible. I can remember the days where I stood in the bathroom for hours on end, searching with the greatest endeavour just to find a lone armpit hair.

Masculinity is about more than physical appearance, however. After the introduction of girls to the Sixth Form at my school, it has become apparent that the girls want to try harder, while the boys enjoy peacocking and make light of failure. Is this seen as more manly than success? Who says that the straight A* student isn’t manly, just because he holds what is seen as a feminine value by caring about grades and more academic pursuits. I worry that men are set up for failure due to this harmful positioning of masculinity.

There are more serious issues at hand. Although men are often overlooked as being victims of poor mental health, almost 50% of men have experienced some form of depression at some point in their life and have self-reported to be less likely to seek help and confide in others, as this is not “manly”. This presumably contributes to the fact that male suicide rates are increasing, accounting for 78% of all suicides in the UK. The pressure to be masculine is growing, and once a boy becomes a man the pressure on men to be manly is even greater.

The key agent to this pressure is the media. The portrayal of the perfect man in the media is a chiselled, tanned, muscle-stacked Adonis, who also happens to have millions in the bank and isn’t left short in the nether regions. This image is not only unrealistic but absurd. When I look at myself in the mirror and see nothing of the sorts, I never used to care. When did the drastic change occur that I didn’t feel good enough? I am a very headstrong and happy individual, but I have still been affected.

And it’s not just me. In 2012, a study found that almost 6% of male adolescents admitted to using steroids and 10.5% of these admitted to using some other muscle-enhancing substance. Boys are being pressured to reach unrealistic goals and become men, before they are ready to do so.

I see terrible discrimination in society by gender, race, ethnicity and class. I appreciate that changes need to occur. Like most people, I have no idea how to achieve this, but I believe it needs to be an inclusive effort. In many ways, I come from a position of privilege, but I believe I can still be involved and contribute to creating a fairer society. Although some believe that men don’t have a place in the feminist movement, I disagree and hope that we can be part of it. It is vital that feminism is led by women, but I fail to see the harm in synergy, working together to achieve equality, and working equally in advancing a critical movement in society.

This is especially true when realising that boys and men are negatively impacted in a society that treats girls and women differently and places gendered expectations on us all. Now that I am growing up and gradually becoming a part of adult society, armpit hair aside, I know the crisis of masculinity is getting worse and can no longer be ignored.

The photo, by Matthew Hurst, is a closeup of a man’s armpit, with hair. It is used under a creative commons licence.