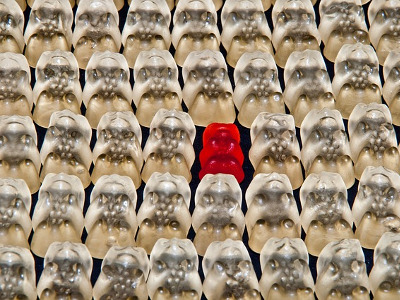 The writer of this piece, NHL, is 16 and studies Theatre Studies, Spanish and English Lit. A few months ago, I was shopping with my twin brother (big mistake) and a girl turned round and looked at what I was wearing. I didn’t notice but my brother did. He instantly told me what happened and asked me if I thought she was attracted to me. Now, I know my friends and I are constantly looking at other girls’ clothes and hair; however, it appears this ritual is absolutely unknown to boys. My brother just interpreted her checking out my clothes as her checking me out. It was not that she was interested in me but my clothes, yet he still didn’t really believe me and was unconvinced.

The interaction between masculinity and sexuality for boys is overwhelming. I have noticed this increasingly by noticing the things I will do with my friends and the things he does not with his. For instance, when sleeping over with friends, we just all end up sharing four mattresses between the eight of us and no one blinks an eye because it’s just fun. My brother wouldn’t dream of doing in fear of being called “gay”, which is outrageous and upsetting because it must create boundaries between your friends due to weird concerns relating to masculinity. Boys really have to always to be on guard with how they present themselves. After asking him a few questions (for which I had to be nice to him for whole day in order for him to answer without being pissed at me), I soon discovered that even showing a slight sign of individuality is then followed up by being called “gay”.

I have no clue if my brother enjoys fitting in with everyone else and finds comfort in this or if he is just going along with what he knows. In my town, most teenagers end up wearing the same thing, especially boys, and everyone appears extremely conformist. Sure, a lot of the girls also wear the same things, thanks to so-called fashion, however there are undoubtedly more girls that are wearing more unusual things, which they clearly like and want to wear because they make them feel more confident. These girls however are not called “gay”, but are even slightly admired because they aren’t afraid to wear a strange shaped hat. Where does this dislike of unusual things come from among boys my age?

I believe that to some point the media may be to partly blame. When I think of celebrities that wear what they want, only female ones come to mind: Miley Cyrus, Rihanna, Charli XCX, Nicki Minaj and I am sure many more. These celebrities are idols of many and therefore encourage people to be themselves, complete individuals, weird and wonderful. Although there are male celebrities also who are willing to be out there, I don’t think they are as celebrated for this. This may be because boys don’t idolise people who aren’t afraid to be truly themselves; if this is true, I have no idea why. I would ask my brother but to ask that question I would have to be nice to him for a couple of weeks, like I did when I wanted him to unblock me from Instagram.

This is why boys need feminism as well. Feminism is for everyone that wants an equal world where stereotypes do not stop people from doing what they want or, more optimistically, where stereotypes do not exist. It is extremely sad that boys may choose not to explore what their fashion style is because they don’t want to be called “gay”, and that this can be seen as an insult at all.

The image is in the public domain. It shows lots of gummy bears in neat rows. All of them are the same translucent pale colour, apart from one red one.