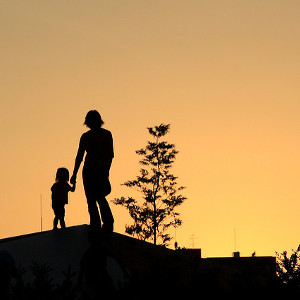 Our monthly guest blogger Nicola points out that mixed race children can face oppression from their monoracial parents, who shouldn’t claim expertise around being mixed race As a mixed race woman, whenever I come across articles by monoracial parents about their mixed race children, I tend to get a cold feeling of dread of inside. These articles seem to be in abundance these days in mixed race online communities. It’s very rare that I read one that doesn’t bring up numerous red flags, regardless of the race of the parent who is writing. I do seem to come across more articles written by white mothers, interestingly; however, this only increases my discomfort because as white people don’t experience racial oppression the scope for mistakes automatically broadens in these articles.

Parents of mixed race children tend to write as though they are authorities on mixed race identity, when in most cases it’s obvious they haven’t done any research outside of their own personal (often biased) observations of their children. They often feel they can speak on behalf of their children regarding experiences they simply haven’t had themselves and therefore don’t fully understand. These articles can be full of misplaced assumptions and ignorance wielded as wisdom and I can’t help but wonder why some parents are writing them, centring their own voices, when they are frequently uninformed from the perspective of mixed race readers. I’m not saying monoracial parents can never accumulate any useful knowledge about mixed race identity and experiences but they will always be on the periphery and limited in awareness because of this. I also think it’s great if parents of mixed race children want to get involved in discourse and share experiences. It just seems like there could be a little bit more humility in it. Maybe it’s hard for parents to admit that actually they have no idea about the issues they are dealing with and are not experts.

Alternatively, if they don’t play the expert, parents sometimes acknowledge that actually the child is the expert on what it means to be mixed race so they feel they can’t do anything but sit back and let their child figure things out for themselves. My parents tended more towards this attitude. They didn’t see themselves as experts so they left me and my siblings to fend for ourselves in navigating our mixed race identities. I learned about my black identity and my white identity but not about what it meant to exist successfully incorporating them both. As much as I love my parents I see this as negligent. Just because the child is the ultimately the expert it doesn’t mean parents get out of educating themselves and offering any guidance whatsoever to their children. And of course, there are the parents who neglect to think about mixed race identity in any meaningful way whatsoever.

For white parents the first thing they need to do is to acknowledge the racial privilege that they have in comparison to their child and learn about what white privilege means. They need to accept that their child will live a life outside of their own range of experience. They also need to develop a thorough understanding of white racial framing and how this plays out in the present day. I have met white parents who have done and are continuing to do this work but not many when considering the number of white parents of mixed race children I have met. Many mixed race children grow up in the face of continuous racial micro-aggressions from well-meaning white parents which can have impact on self-esteem and self-understanding. I love my mum but I have to admit that this was my own experience. In most cases this will be to some extent inevitable but white parents can help themselves by doing some reading and listening instead of writing about mixed race issues of which they know little. At the very least if they must insist on writing they would be better off writing about their own experiences rather than trying to speak for their mixed race children.

For parents of colour they may still have a lot to learn if they are not mixed race themselves (and maybe even if they are and haven’t thought much about their own identity). It’s still quite possible that they can bombard their mixed race offspring with racial micro-aggressions and misunderstanding. It’s also possible that they may not understand white racial framing and its impacts sufficiently. Again I would recommend reading articles and books by mixed race people about their experiences and listening to mixed race people talk. There are a lot of great resources out there for parents who are willing to look rather than simply relying on their own self-perceived expertise.

The image is by skyseeker and is used with permission. It shows two figures, one adult and one child, standing on what appears to be a slighlty pitched roof, looking out away from the camera. There are trees next to the building. Everything is silhouetted against a yellow/orange sky.