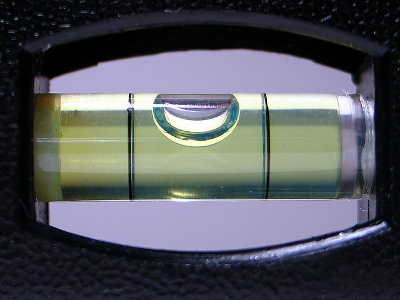 The illusion of neutrality

Elie Wiesel recently died on 2nd July 2016. He is a Nobel Prize winner who was an activist, writer, professor and Holocaust survivor. The above quotation is well-known in activist circles. I heard it mentioned in a feminist group recently in connection with Amber Heard who has made allegations of domestic violence against her husband Johnny Depp this year. There was a recent post on The F-Word which stated that we must all side with Amber and believe her accusations against Johnny Depp without question, because women are rarely believed when they come forward with claims of abuse they have suffered at the hands of men. My purpose with this post is to highlight that in such cases, where there is a victim and an oppressor, neutrality is often not achieved anyway. If all such cases were always met with neutrality, women would not have the continuous issue of not being believed when they make abuse claims. The problem isn’t neutrality; it’s the automatic reflex of siding with the oppressor (because they hold the societal privilege) that is the real problem and this happens all too frequently. Neutrality would actually be a step forward in these scenarios.

Much of the publicity around Amber Heard has blamed her for any abuse or attempted to discredit her allegations. This is hardly staying neutral. I have read countless articles siding with Johnny Depp by painting Amber as too masculine (and hence deserving of any abuse), too happy to have recently been abused, a liar and a gold-digger among other unflattering depictions. The negative depictions of Johnny Depp have been strikingly fewer in comparison. This is the typical pattern when a famous woman speaks up about domestic abuse. I’m not proud to say that at first I even found myself siding with Johnny Depp. I had to analyse some of the thoughts that came up for me around the situation and admit that yes, some of them were biased due to the influence of living in a patriarchal society. This pattern extends beyond Hollywood and domestic abuse however. It happens wherever there is a victim and oppressor. Black men are blamed for what they were wearing when they are shot and killed by the police. Women are blamed for rape because of how much they were drinking and what they were wearing. Victim-blaming is a pervasive culture that affects us all. I have only once ever raised an issue in the workplace about racial prejudice and interestingly a similar process emerged. Although I was assured the matter would be dealt with neutrally by my managers, what actually happened was that they sided with my oppressor. It was made very clear to me that my allegations were not believed because of the language used to describe the issue between me and my work colleague. The issue was consistently described in terms which were anything but neutral such as “a personality clash”, “a misunderstanding”, and “a disagreement”. I was even made to feel that I “just couldn’t let it go” and was causing extra work. This was deeply upsetting for me as it made me feel as though my ability to assess prejudice and my own experiences was not valued. I didn’t expect that management would automatically believe my allegations but I did expect neutrality and fairness. Ultimately I didn’t receive either of those.

Where there is a victim and an oppressor the loss of neutrality tends to happen unconsciously and frequently works in favour of the oppressor. The victim is aware of this every time. Why is it so difficult to achieve neutrality? The truth is many people are not interested in neutrality because if it was achieved it would be a threat to the status quo. Is the answer to always side with those who say they are victims in attempt to make society fairer? I struggle to wholeheartedly embrace that. I’m a counsellor and I feel in situations where we don’t know someone and have access to the facts there can be great value in being non-judgmental in order to support the emergence of the truth (having said that counsellors do have a responsibility to report risks to clients’ safety and I can’t imagine not believing a client about abuse). At the very minimum though we should all be calling out situations where neutrality is broken in favour of alleged oppressors, whether this is in the media, in the workplace or at home. Neutrality is often an illusion; what is really there is support for the alleged oppressor.

The photo is by heartlover1717 and is used under a creative commons licence. It shows a close up of a spirit level, with the bubble in between the lines indicating the tool is level.